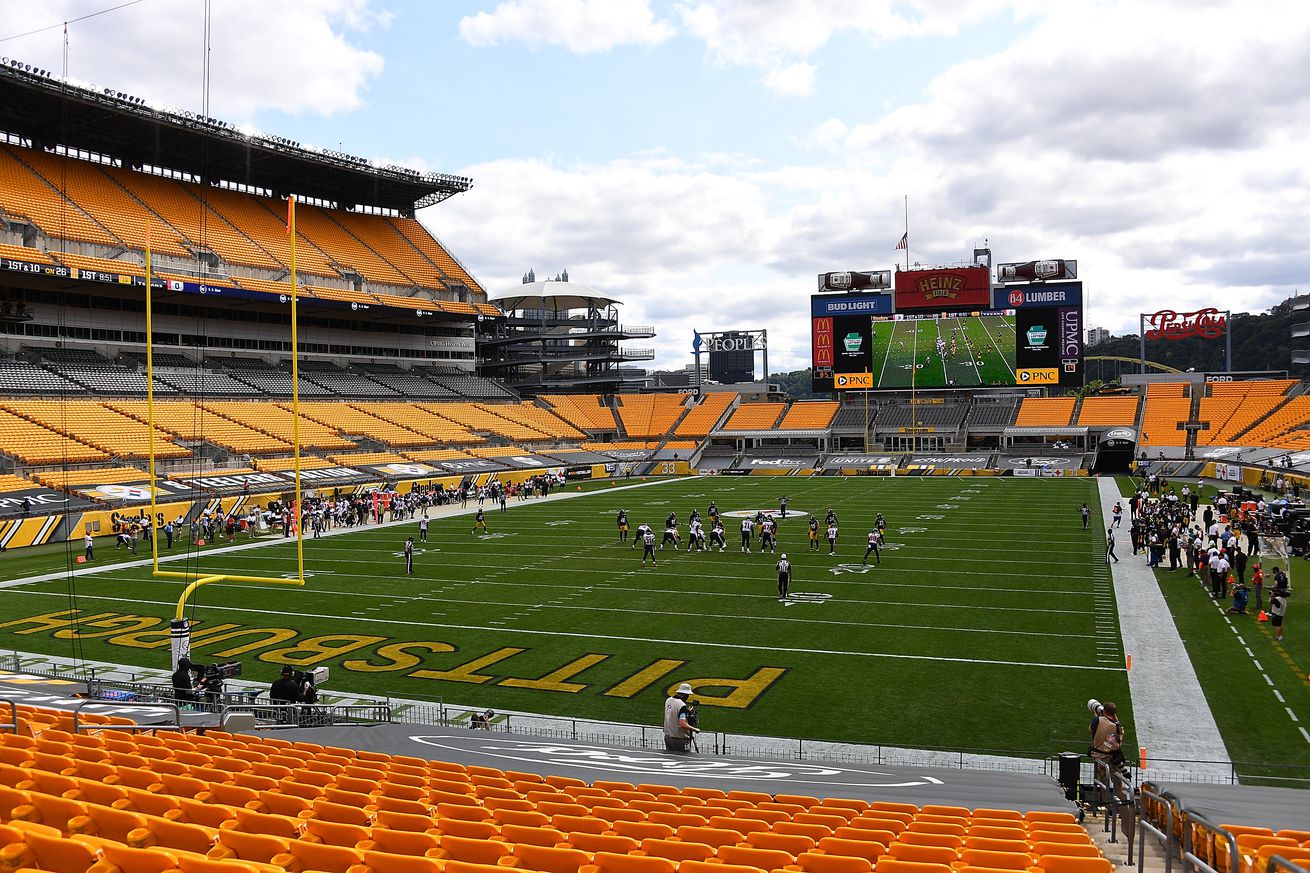 Will you attend this Sunday’s game between the Steelers and Eagles at Heinz Field even with the limited capacity set at 5,500? Will you also be paying a king’s ransom? I won’t be doing either, but that’s just me.

It’s now official (I think, but you can never be sure of anything these days), Steelers fans will be allowed to attend this Sunday’s game against the Eagles at Heinz Field.

Hooray…or is this really something to be all that excited about? I get the sentiment. If you’re a long-time season-ticket holder, you may have jumped for joy the moment Pennsylvania Governor Tom Wolf announced on Tuesday that fans would now be allowed to attend sporting events in a limited capacity. But did you expect the capacity to be so limited? Did you expect that it would be set at 7,500? Keep in mind, that 7,500 includes the two teams, all of their personnel (not just the players), media members and I’m guessing those who work at the stadium. When you subtract those individuals, that means 5,500 fans will be allowed to attend this Sunday’s game.

Why bother? I know Art Rooney II issued an official statement on Tuesday announcing the governor’s decision, and I realize he had been pretty vocal about wanting fans at Heinz Field sooner rather than later, but that just seems like a really low number. I get why they’re doing it. They’re doing it to keep folks safely socially-distanced and healthy. However, if the politicians and scientists have determined that 5,500 is the safe amount for fans to attend outdoor sporting events in Pennsylvania nearly seven months after the pandemic started, again, I ask, why bother? Why put yourself at risk as a fan or organization? The Steelers just had their season altered because their scheduled Week 4 opponent, the Titans, had a massive outbreak of COVID-19 cases. As of Wednesday morning, we learned that more Tennessee players tested positive, as well as Patriots cornerback Stephon Gilmore, who not only played in Monday night’s game in Kansas City—a contest that had to be moved back a day due to New England quarterback Cam Newton testing positive for the virus—he hugged Chiefs quarterback and NFL superstar Patrick Mahomes afterward.

Will the Titans be able to play the Bills this week? Will the Patriots be okay to take on the Broncos? What happens with the Chiefs? As for the Titans, if they can’t play for a second-consecutive week, there’s now talk of them having to forfeit.

Don’t get me wrong, I still think the NFL is doing a great job against a virus that doesn’t know big-time professional football is a $15 billion enterprise that employs thousands of people—including hundreds that crash into one another each and every week—but it’s a lot easier to monitor players, reschedule games and even punish teams for negligence. It’s not so easy to police random fans.

I realize some teams began to allow fans to attend games on a limited basis starting in Week 1 and that there haven’t been any major outbreaks as a result (that we know of), but if that were to happen, it would be a public relations nightmare.

OK, forget all of that, because I don’t want to get into a huge discussion about any of those controversial topics. I have a question for you, the reader and potential season-ticket holder: Back in the spring when 33-to-50 percent capacity was being discussed for Steelers games at Heinz Field, and you still had a chance to opt-out of paying for your tickets in 2020, would you have been more likely to do so had you known the capacity would ultimately be set at well-under 10,000?

And what about those prices? I don’t know what the Steelers are charging directly for these limited capacity games at Heinz Field, but did you see the secondary market? The site Viviseats is selling tickets starting at $379 apiece.

Who could afford that? Furthermore, why would you want to even if you could? Is this a Week 5 game between in-state rivals or the Super Bowl?

As for me, I’ll be watching this Sunday’s game from a recliner that’s located way more than six feet away from the North Side of Pittsburgh.