On Wednesday, McAfee was joined by former Steelers safety Ryan Clark, and later by Green Bay Packers quarterback. McAfee, being McAfee, asked both of them to recall the Greg Jennings touchdown from the 2010 Super Bowl.

Of course, their versions are as McAfee put it, “slightly different.”

“Two weeks. You’re going to the Super Bowl, you get two weeks [to prepare],” said Clark. “I planned this interception.”

“I had told my kids we were going to Disney World because I was going to pick this ball off, and I was going to score a touchdown,” he said. “I was going to be the MVP — they never wanted to give it to Ben [Roethlisberger] anyway.”

“I see the play… I lock Ike [Taylor]. I know Aaron is never going to look at me. I was like, This is it. Boom, play starts. I take off. I look, He’s going to throw this mickey fickey. It’s a wrap.”

“He throws it. I know he didn’t see me. He throws it this far over my finger. I dive for it, miss it. Right in front of Troy [Polamalu]. Touchdown.”

The ball grazed Clark’s fingertips on its way to Jennings, ready near the goal line. The 2nd quarter 21-yard touchdown put the Packers ahead by 18 points.

“Next series, we’re doing kind of well,” said Clark. “They call a time out… Rodgers goes, ‘Hey 2-5’ and tsssst (indicating with fingers how close Clark was to a pick). I was so mad.”

Rodgers tells the story from his perspective in a much more tranquil tone — which, when you’re MVP of said Super Bowl, you can do — then suggests with a grin that Clark ‘Let it go.’

Hey @Realrclark25@AaronRodgers12 seems to have a slightly different memory of said throw pic.twitter.com/CtnbtX75B4 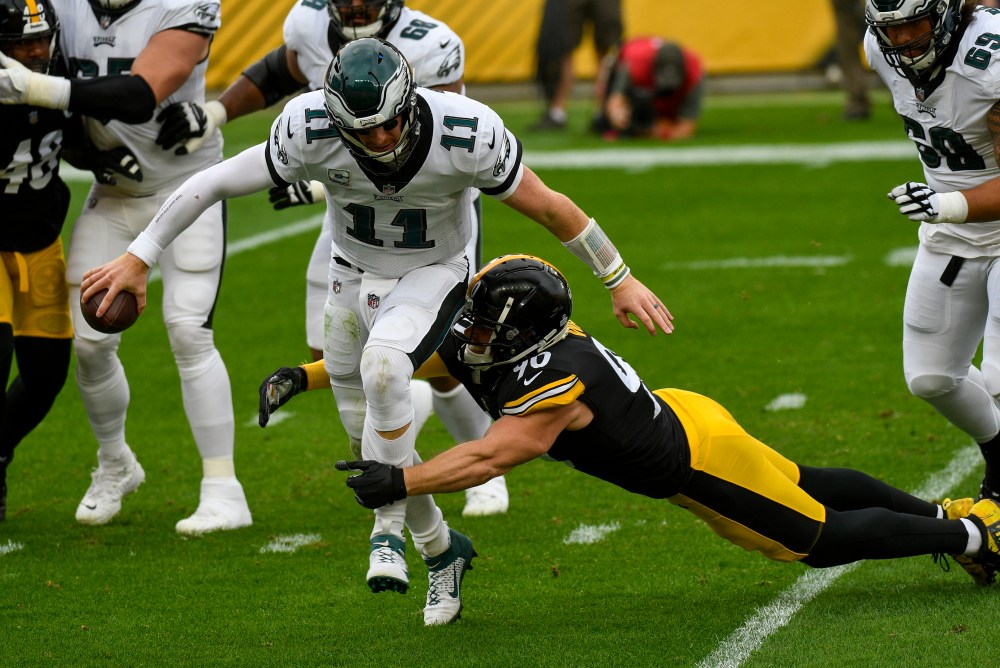