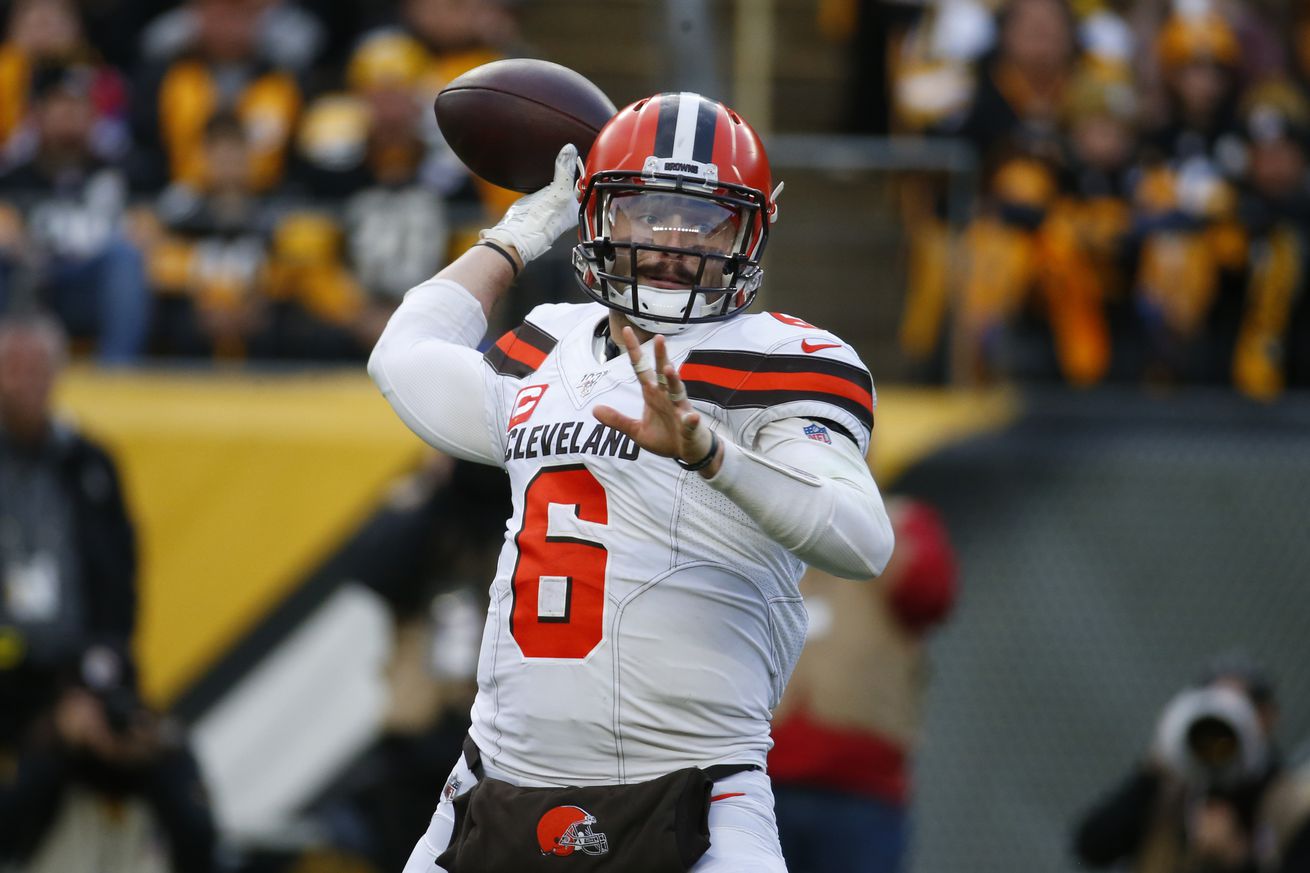 The Steelers and Browns square off in Week 6, and it is time to look at how the Browns will counter the Steelers on both offense and defense.

When the Pittsburgh Steelers play a team like the Cleveland Browns, an AFC North rival, there is a lot of uncertainty surrounding the matchup, despite the familiarity.

Sure, fans know the big name players from their divisional foe, but a lot can change from one year to the next.

With that said, I reached out to Dawgs by Nature’s editor Chris Pokorny and asked him a series of questions about the upcoming game. He was more than generous to provide answers to these questions, and in this article I asked him out the Browns’ plan to counter the Steelers in Week 6.

How will Baker Mayfield and company try to move the ball against the stout Steelers defense, and how will Myles Garrett and others attempt to slow down Ben Roethlisberger and James Conner?

Check out his answers below, and be sure to follow Dawgs by Nature for the latest news and notes from the other side of the fence leading up to the game at 1 p.m. ET.

When the Browns have the ball, how will they try to move the ball?

The Browns rank first in the NFL with 188.4 yards rushing per game (5.48 YPC) and are 29th in the pass (198.2 yards per game). That doesn’t mean their passing attack isn’t effective; it has been efficient and methodical. Prior to last week’s game against the Colts, the running game was Cleveland’s bread-and-butter on offense. The zone blocking scheme implemented by new head coach Kevin Stefanski and offensive line Bill Callahan has been perfect for the team’s offensive linemen. As you can see from the stats, it’s going to be a great match-up of the Browns’ offensive line vs. the Steelers’ defensive line. When Cleveland doesn’t run the ball, they have utilized the play action passing game to not only open receivers up, but buy Baker Mayfield some time to move away from the pocket and so those taller linemen aren’t knocking his passes down. Mayfield has particularly been effective rolling to his left this season, something that he didn’t do once in 2019.

Last week against the Colts, the Browns came out with a pass-heavy attack in the first half. I think it was done for a combination of reasons. First, the Colts are effective at stopping the run, and were loading the box the entire first half. Cleveland caught them off guard by being aggressive with the passing game, and it worked to success. In the second half, Indianapolis started to have a defender back in coverage, but then Cleveland started to run the ball more. Nick Chubb, the team’s starting running back, is out for several more weeks, and the team’s top offensive guard, Wyatt Teller, suffered a calf injury in the first half of last week’s game. Former Steeler Chris Hubbard is expected to start in his place.

Cleveland has a lot of tools in their bag, and that’s the beauty of things right now. They have established the reputation of being a dominant running team, but receivers like Odell Beckham and Jarvis Landry are tough to handle in their own right. I think we will see a balanced attack by Cleveland this week, continuing to use the playaction pass heavily. I feel Stefanski loves the team’s strength, but doesn’t want to pit strength vs. strength in the trenches (running game vs. run defense) and hope his guys are better — he’ll use that threat, and try to win with the playaction pass.

When the Steelers have the ball, how will the Browns’ defense attempt to stop Ben Roethlisberger and company?

So far, the strength of the Browns’ defense has been not being gashed in the running game, and Myles Garrett being a threat to single-handedly cause a turnover on any given play — the impact that he and a guy like TJ Watt can have is such a luxury. Unfortunately, beyond relying on Garrett to save the defense, there hasn’t been a high level of consistency for the defense.

One of the biggest issues has been the team’s struggles in short-yardage situations — the Browns have forced a lot of 4th-and-2 or 4th-and-3 type of situations, for example, but when teams are going for them, they aren’t stopping them. The linebackers and safeties haven’t been good enough in coverage to stop those quick passes, and it leads to extended drives. Cleveland’s outside cornerbacks, Denzel Ward and Terrance Mitchell, have done a respectable job when matched up with receivers one-on-one, but sometimes in the back end of the secondary, players are breaking wide open due to communication issues. That’s the defense in a nutshell.