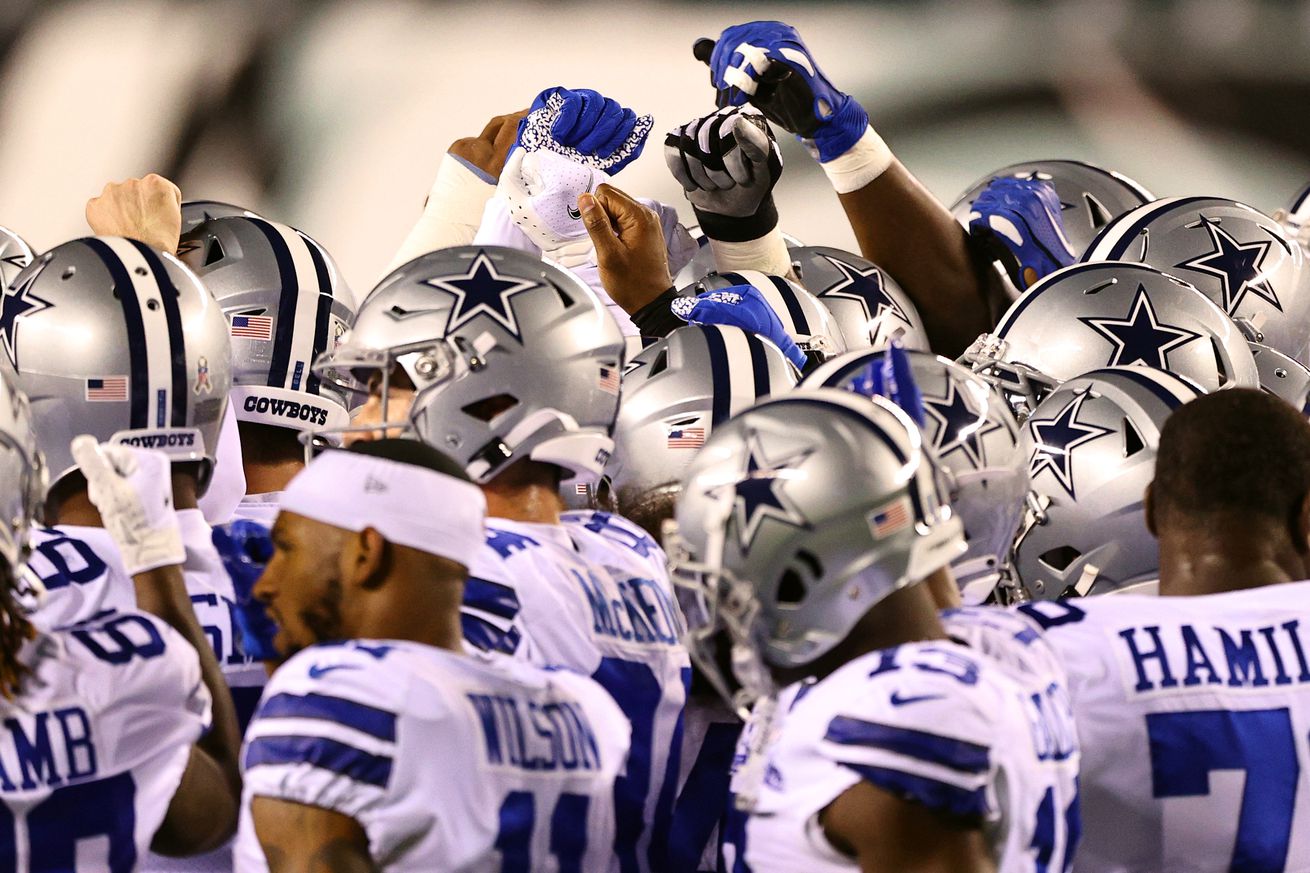 The Steelers and Cowboys square off in Week 9, and it is time to look at how the Cowboys will counter the Steelers on both offense and defense.

When the Pittsburgh Steelers play a team like Dallas Cowboys, an NFC opponent who they only see once every four years, there is a lot of uncertainty surrounding the matchup.

Sure, fans will watch highlights and get a feel for what the cross-conference opponent does well, but it is far from the in-depth knowledge on teams who reside in the AFC, especially the AFC North.

With that said, I reached out to Blogging the Boy’s editor Dave Halprin and asked him a series of questions about the upcoming game. He was more than generous to provide answers to these questions, and in this article I asked him how the Cowboys plan to counter the Steelers in Week 9?

How will the Cowboys and their no-name quarterback try to move the ball against the stout Steelers defense, and how will Leighton Vander-Esch and company try to slow down Ben Roethlisberger and James Conner?

Check out his answers below, and be sure to follow Blogging the Boys for the latest news and notes from the other side of the fence leading up to the game at 4:25p.m. ET.

When the Cowboys have the ball, how will they try to move the ball?

If we go by last week, they will try just about anything to generate some offense. The Cowboys are generally kind of predictable in what they will do on offense but last week they went deep into their bag of tricks. They ran reverses, WR hitches that functioned as run plays, they even incorporated some Wildcat action with Ezekiel Elliott and wide receiver Cedrick Wilson. They were basically doing anything they could to spark something on that side of the ball with a banged up offensive line and rookie seventh-round pick Ben DiNucci starting at quarterback. Not all of it was successful but they did manage to generate a few big plays out of it all. So I wouldn’t be surprised to see them try some more of the unusual this week considering how overmatched they will be facing the Steelers defense.

Traditionally, you would expect them to rely on Ezekiel Elliott to carry part of the load but he hasn’t exactly been tearing it up this year. Without a quality offensive line ahead of him his production has suffered, In fact, backup Tony Pollard looks like the more dynamic part of that equation. Given that the Cowboys will be starting either Garrett Gilbert or Cooper Rush at quarterback, the running game is going to have to generate something but it’s not entirely clear if that can happen with the offensive line the Cowboys are rolling out nowadays. In the passing game, given the Steelers pass rush, it’s going to be all about quick passes and letting the Cowboys trio of receivers try to work some magic with yards after the catch. In reality, though, We really shouldn’t expect much from the Cowboys offense as presently constituted.

When the Steelers have the ball, how will the Cowboys’ defense attempt to stop Ben Roethlisberger and company?

Yikes! You got any suggestions? The Cowboys defense has been abysmal although last week Carson Wentz helped them to look somewhat competent, but that was likely a mirage caused by the Wentz Factor. The Cowboys run defense has been horrific, especially through the middle of the defense where the defensive tackles can not hold their ground and the linebackers, especially Jaylon Smith, have not been able to read the angles or shake blocks. Teams, even ones with a bad rush game, have been dominating the Cowboys defense. Last week was a little better as the Cowboys seemed to calm down a bit and start reading their keys and taking gap responsibility seriously, but it’s still the easiest way to go through the Cowboys defense.

That’s not to say the secondary is any better, although if they get cornerback Chidobe Awuzie back this week from injury, that should help some The Cowboys secondary blows coverages all the time leaving receivers wide open, and they tend to play soft allowing easy catches at the sticks. It’s not a good combination at all. The best thing they would have going for them is a pass rush that picked it up a bit last week and DeMarcus Lawrence, Aldon Smith and Randy Gregory can make trouble on occasion. But overall, it’s just not a strong unit.

Be sure to stay tuned to BTSC for the latest news and notes surrounding the black and gold as they prepare for the Dallas Cowboys at 4:25 p.m. ET in Week 9.