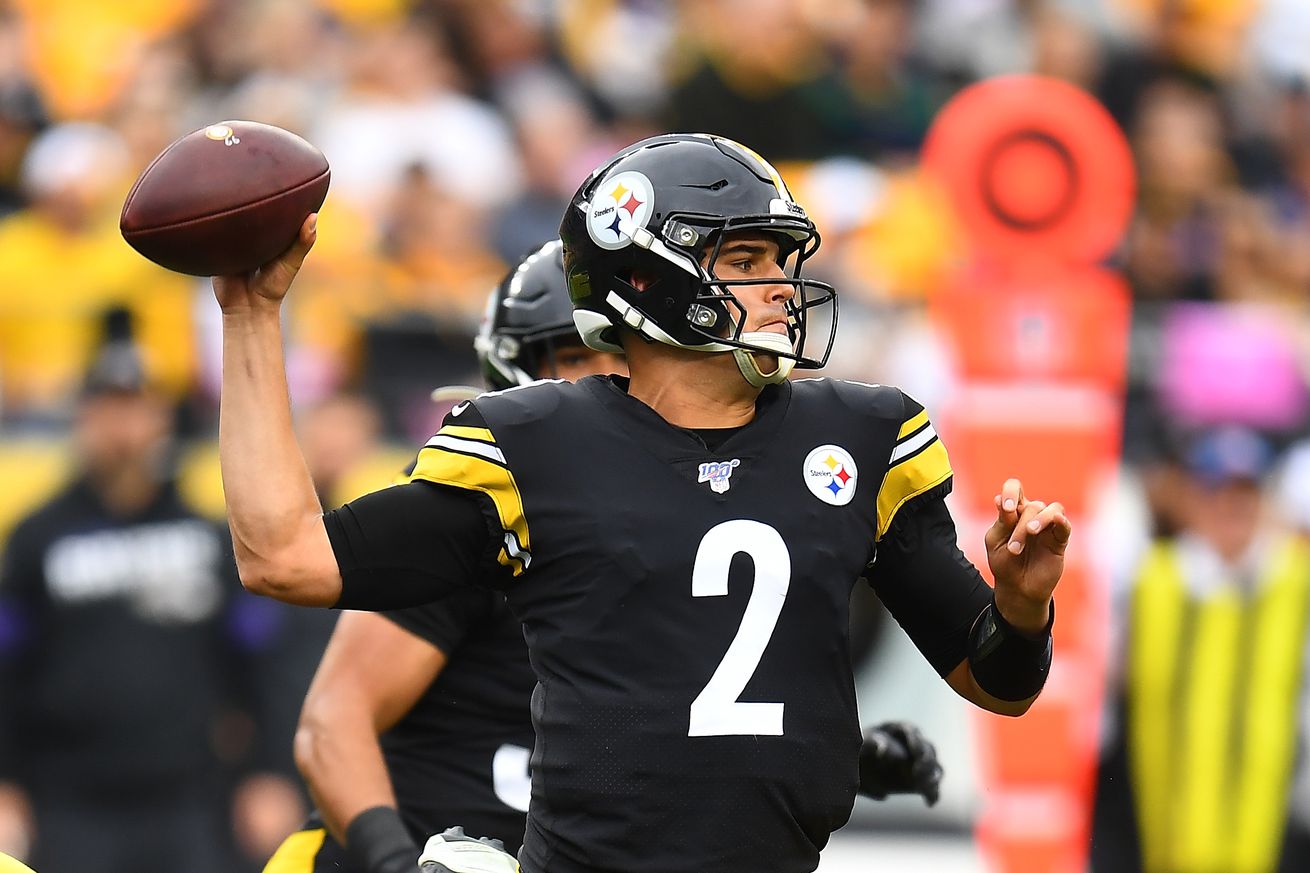 The Pittsburgh Steelers are hoping to have Ben Roethlisberger in the lineup Sunday, but if he can’t play, who would you want to see under center?

The Pittsburgh Steelers are in a situation where they are in a holding pattern. After Vance McDonald was placed on the COVID-19/Reserve List after testing positive for the coronavirus, the ripple effect was Ben Roethlisberger also being placed on the list as a high risk contact.

Roethlisberger, who hasn’t tested positive to date, has to stay away from the team until Saturday, at the earliest. If Roethlisberger does end up testing positive, there is no shot of him playing in Week 10 vs. the Cincinnati Bengals.

Not suggesting this will happen, but it got me thinking who would fans want to be the Steelers’ starting quarterback if Roethlisberger wasn’t able to play this Sunday? To try and find an answer I went to Twitter and posted the below poll asking a simple question:

“If for some reason Ben Roethlisberger can’t play on Sunday, who would you want to be the Steelers QB?”

I kept the options simple: Mason Rudolph, Joshua Dobbs or Devlin Hodges. I didn’t want to even entertain the thought of bringing in a quarterback because it would never happen, at least not to be the starter.

Take a look at the poll results below:

If for some reason Ben Roethlisberger can’t play on Sunday, who would you want to be the #Steelers QB?

I was pretty astonished by the response, and the end result. 61.5% think Dobbs, not the second quarterback on the depth chart, should start. Dobbs hasn’t even dressed for a game yet in 2020, but has somehow claimed the trust of the fan base.

Steelers Twitter is a fun, and fickle, bunch, but I decided to take this question and pose it to the BTSC audience as well. Take the time to vote for who you would want to see under center on Sunday in the poll below.

As for me, I don’t think there is any way Mason Rudolph wouldn’t start for the Steelers if Roethlisberger can’t play. Rudolph has been the No. 2 behind Roethlisberger since he beat out Dobbs in the 2019 preseason, which resulted in Dobbs being traded to the Jacksonville Jaguars.

Is this who I would want to start the game? That is a different story altogether. Rudolph hasn’t impressed in his time at quarterback, and while I’d be fine with him starting, the leash should be short if he struggles. Dobbs has a skill set which could be great for a spot start.

With all that said, let’s just hope Roethlisberger doesn’t test positive, and is in the lineup this Sunday. Otherwise, who would you want? Let us know in the poll below!