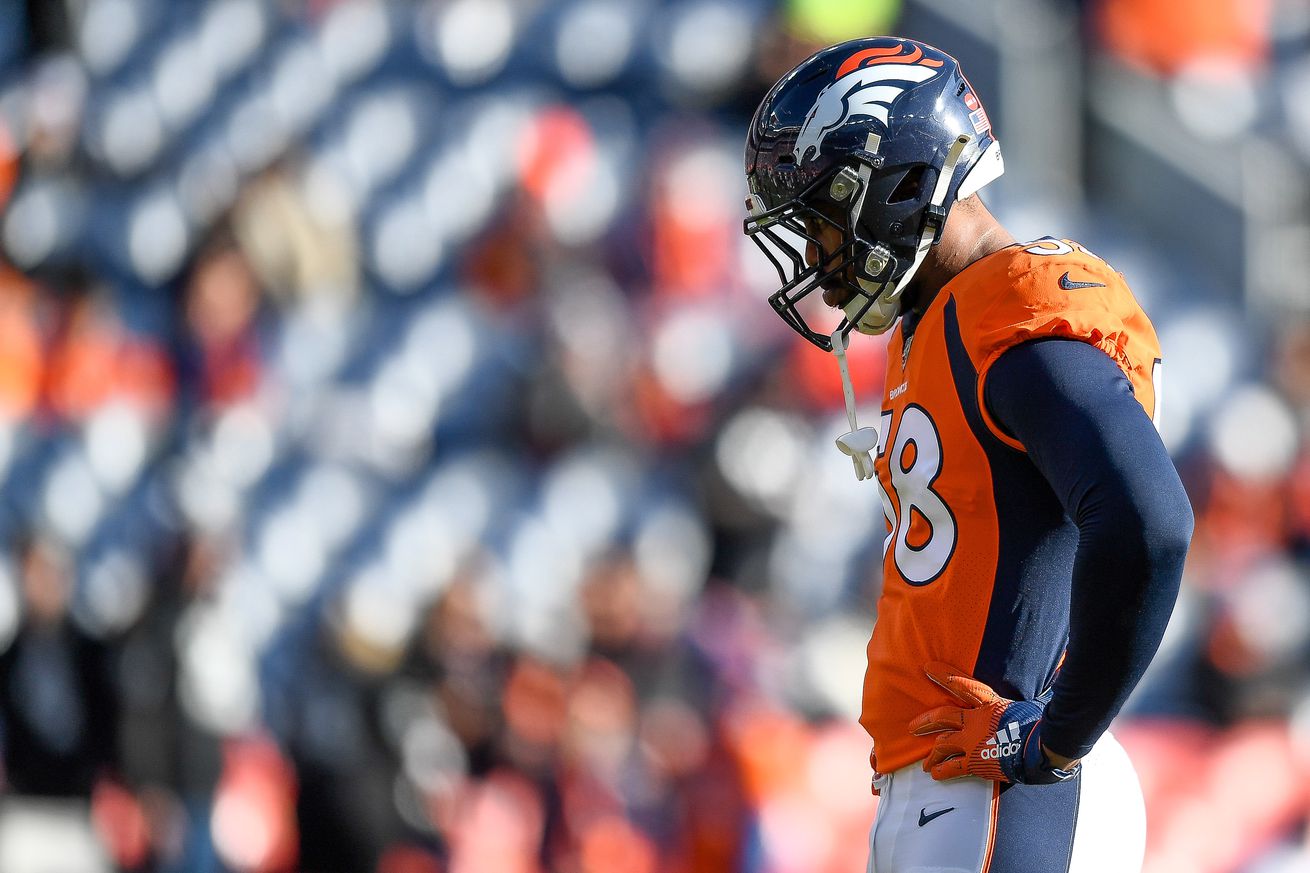 The Broncos may be missing multiple starters next Sunday in Pittsburgh

Starting off with the biggest name on the Broncos injured reserve, Von Miller. Miller underwent successful surgery to repair a tendon in his ankle on Sept. 11. The timeline to return from the injury is rumored to be between 3-6 months and Miller has gone on record saying he’s going to push it to get that number closer to three. If Miller is indeed out for three months he would roughly be back around Week 13, and the Steelers aren’t going to have to worry about the former Super Bowl MVP in Week 2.

“What would Kobe do”? That’s exactly what I’m going to do. pic.twitter.com/AkKhYakUqH

Miller’s pass rushing partner, Bradley Chubb is also still battling back from a torn ACL which he injured in 2019. While Chubb has been cleared to play it has been long rumored that Chubb will be on a snap count, but showed flashes in his first game back against the Titans.

There have been some questions about Bradley Chubb and his knee. He looks really good early. Another pressure there on third down.

Second year receiver, Courtland Sutton injured his shoulder during training camp and was held out of the Broncos Week 1 matchup. Sutton is expected to make his 2020 debut against the Steelers but his name will be one to follow on the injury report this week.

Broncos’ WR Courtland Sutton, who sprained his AC joint last week in practice, is expected to be inactive tonight vs. Titans. He tried to go and is said to be “really close.”

Broncos running back Philip Lindsay, injured his foot midway through the Broncos Week 1 matchup vs the Titans. Lindsay still needs to be evaluated but lost more than a half of football. This is a situation to monitor.

The Broncos announced Philip Lindsay has a foot injury and is questionable to return. CB AJ Bouye is out (shoulder)

A.J. Bouye is believed to have dislocated his shoulder against the Titans, and subsequently tore his labrum. While it’s possible to play through a torn labrum, the Broncos may opt to shut down Bouye’s season and perform the surgery right away. It’s also possible that Bouye will miss a couple weeks before returning to the season.

#AJBouye CB @Broncos done for evening but not season. pic.twitter.com/BfM0r7s1CB

The Steelers will need to take advantage of a beat up Broncos team Sunday, especially with plenty of injuries of their own along the offensive line. Nonetheless, you rarely find an opponent in this much injury trouble, this early in the season.

Be sure to stay tuned to BTSC for the latest news and notes surrounding the black-and-gold as they look to improve their record to 2-0 this Sunday when Denver invades Heinz Field for a 1 p.m. ET kickoff.