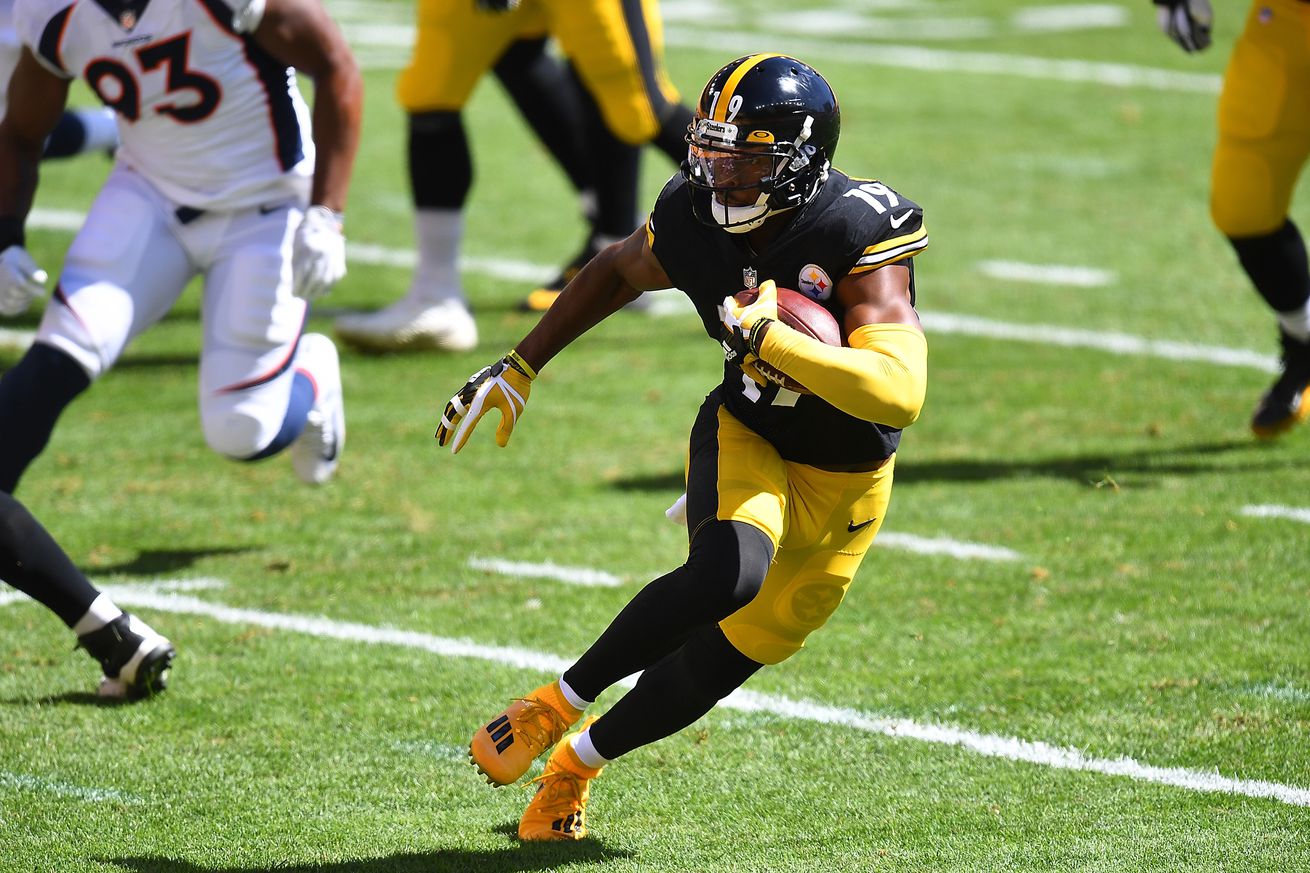 The fourth year receiver is off to a hot start after an abysmal 2019 season.

Pittsburgh Steelers receiver, JuJu Smith-Schuster has been shot out of a cannon to start this 2020 NFL season. In just two games, Smith-Schuster has put up 13 receptions, for 117 yards, and two touchdowns all while being targeted as the Steelers number one wide receiver.

Already over 1/5 of the receiving yards, and almost as many touchdowns (3) as he had in 2019, Smith-Schuster appears to be returning to a form where he was beloved by the fanbase.

In 2019 Smith-Schuster battled a concussion, a knee injury, having to play with back-up quarterbacks, and having to be the number one receiver for the first time in his career. Be it the situation or be it the pressure, Smith-Schuster crumbled. Fast forward to the start of 2020 training camp and many fans and media alike questioned whether Smith-Schuster was capable of being a number one target or if he just benefitted from having played alongside Antonio Brown who forced double teams away from JuJu.

JuJu Smith-Schuster is all about fun — it’s how he plays and how he lives.

With 2019 in the rearview, those closest to him are seeing the return of ‘old JuJu.’ That’s great news for the Steelers. https://t.co/XTpjzxBnXu

But just two games into the 2020 season and Smith-Schuster is proving his detractors wrong. So far JuJu has caught 13 of 14 targets thrown his way, including a heads up tip drill catch. JuJu recovered a Benny Snell Jr. fumble where the other eight closest players to the ball were Giants players. He’s blocked down field, and he’s powered his way through contact. By all means, Smith-Schuster is having an electric start to the 2020 season.

Steelers coach Mike Tomlin showed the team JuJu Smith-Schuster’s fumble recovery Monday and pointed out that there were NINE Giants in the mix, according to Ben Roethlisberger. Ben: “How many guys ‘looking for a contract’ or ‘to get paid’ would dive into a pile?”

But is it too soon to question whether or not he is “back”? I would argue that it is not and that we will see this consistent version of JuJu Smith-Schuster through out the entirety of the 2020 season. His work ethic on the field has just been on another level and he’s been rewarded with opportunities to make plays with the ball in his hand. Not to mention future hall-of-fame quarterback Ben Roethlisberger is back at the helm and can distribute the ball at a much better rate than either Mason Rudolph or Duck Hodges.

Smith-Schuster also has a deep supporting cast around him in Diontae Johnson, James Washington, Eric Ebron, and Chase Claypool which has moved defending teams top defensive backs all around the field.

But what do you think? Is JuJu Smith-Schuster back? Is it too soon to crown him or can you already tell he’s back too playing at a high level? Let us know down in the comments below!