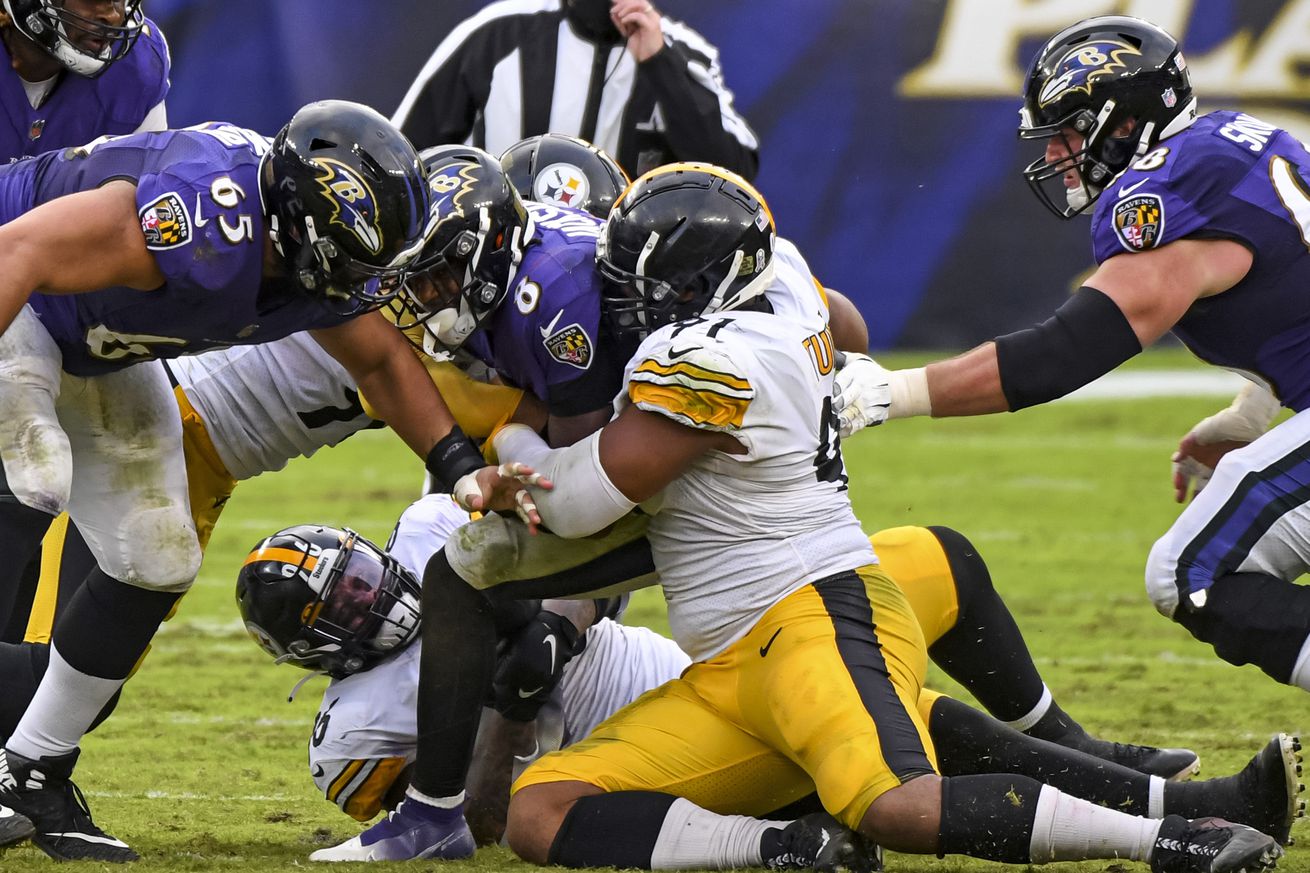 On a key play in the second quarter, second year defensive lineman Isaiah Buggs called the Ravens’ 4th down play of a quarterback draw.

It may not be the same as Babe Ruth calling his shot during the 1932 World Series, but Pittsburgh Steelers defensive tackle Isaiah Buggs was certainly a prognosticator during the team’s Week 8 win over the Baltimore Ravens in M&T Bank Stadium.

On a critical 4th down play, coming out of the 2-minute warning, the Ravens needed 3 yards to get a new set of downs and try to take the lead by scoring a touchdown. The extra time to prepare left both fans and players alike trying to guess what the Ravens would do coming out of the break at a critical juncture of the football game.

As for this writer, I predicted a play similar to the one ran which resulted in a touchdown pass from Lamar Jackson to Marquise Brown. A roll out play which gave the dynamic quarterback the ability to choose whether to throw, or run.

Luckily, Isaiah Buggs predicted another play, and he guessed right.

During a Zoom meeting with media Thursday morning, Buggs told how he predicted the draw play which resulted in Buggs himself coming up with a big stop, giving the Steelers the ball back.

This per Brian Batko of the Pittsburgh Post-Gazette:

Steelers second-year DL Isaiah Buggs on this play: “We got together as a defensive unit up front, me Cam and Tuitt … and I told them, I think it’s going to be a draw this play, so you guys can get upfield and I’m going to just sit at the line of scrimmage.” https://t.co/DwBwGLoYUS

The guess paid off, as Buggs stopped Jackson, and the defense also forced a fumble which was recovered by Pittsburgh. He wouldn’t have gained the yards necessary for a first down, but it was a key turning point in the game.

While the offense was unable to get a first down and ice the clock on the ensuing possession, that stop was enough to not just kill clock and force the Ravens to use their remaining timeouts, but it also was another huge turning point in the game.

Could Buggs have guessed wrong and the Ravens scored? Absolutely, and I doubt we would have heard about it. But he wasn’t wrong, and the Steelers won a huge game in Baltimore to advance their record to 7-0.

Be sure to stay tuned to BTSC as they prepare for the Dallas Cowboys in Week 9, and try to advance their record to a franchise record 8-0 to start the season.