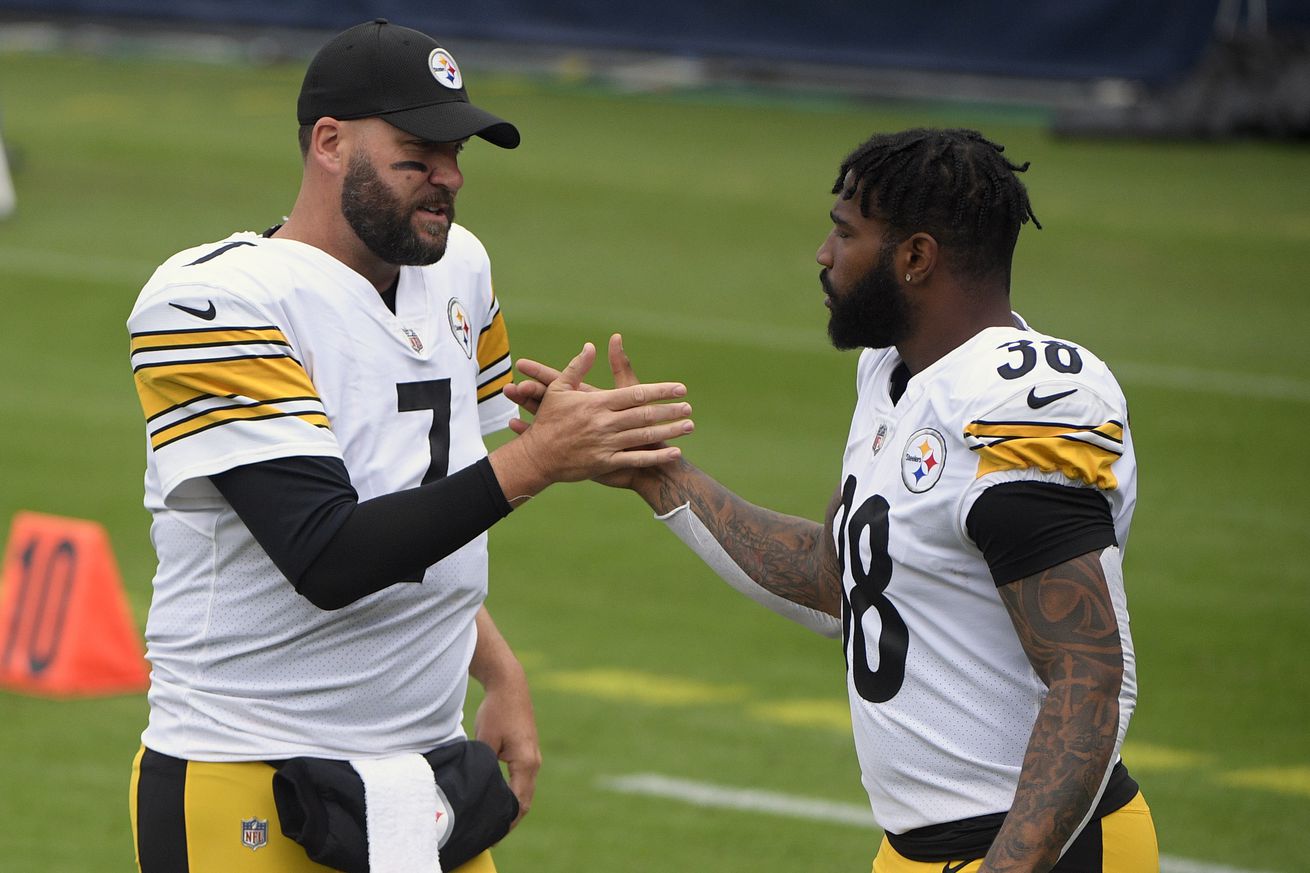 Pittsburgh Steelers RB Jaylen Samuels is on the active roster, but it’s hard to figure out just why.

For all those Steelers fans who may have missed it, Steelers RB Jaylen Samuels has been active for all seven games this season. If you were unaware, don’t beat yourself up about it. He has been extremely easy to overlook, unless you were focusing on his underwhelming production and various mishaps.

The lack of productivity is reflected in his statistics through the first seven games of this season. A total of three carries for eight yards, and two receptions for five yards. For those of you not blessed to be mathematicians or stat geeks like BTSC’s very own Dave Schofield, that amounts to a grand total of thirteen yards on five touches. Zero touchdowns. I would be remiss if l failed to mention the huge drop he did register on the stat sheet early in Sunday’s game against the Baltimore Ravens. During the first half of a game where the Steelers were struggling mightily to gain some sort of momentum on offense, Samuels did his best Donte Moncrief impersonation.

That brings us to the question at hand. Why has Samuels been an active member of the roster for every game this season? He is a player with an extensive skill set that isn’t exceptional in any aspect of football. He also is a player without a defined position. He has the physical dimensions of a running back, but not the natural instincts necessary for the position. He catches the ball like a tight end, but lacks the size and girth to make a living manning the position. He could be a real all around threat as a fullback with some added pounds, but has given no indication thus far in his career that he has the physicality needed there either.

When the Steelers used a fifth round pick in the 2018 NFL Draft to select Samuels from NC State, I immediately assumed that the Steelers had a plan in mind. I had visions of a young H-Back type player, similar to former Eagles standout Keith Byars, dancing in my head. I was expecting the Steelers to ask the young jack of all trades but master of none to get his playing weight around 245 lbs. to be able to handle the wear and tear that accompanies the H-Back position. Boy, was l ever way off on that one.

Instead the Steelers instantly viewed Samuels as a depth piece at running back, although he had never been a fulltime running back at any point of his career, even while in high school. He lacks the natural instincts and vision possessed by every running back that has ever played at the NFL level, qualities that have to be honed through countless reps on the practice fields and in live game action throughout your career.

My dreams of Keith Byars 2.0 were dashed by another immediate observation. Byars wasn’t particularly large or swift, more quick and agile than fast. However, one of Byar’s best attributes was his ability to break tackles. Sadly, Samuels hasn’t displayed that as one of his many attributes. He catches the ball well, but isn’t a threat to break arm tackles and accumulate YAC yards. I haven’t seen a player go down so quickly at first contact since Ryan Switzer performed on the green tundra of Heinz Field.

I believe the the Steelers would be better served with current practice squad RB Wendell Smallwood on the active roster. I am familiar with Smallwood’s abilities from his collegiate playing days with the West Virginia Mountaineers, and of course his time spent with the Philadelphia Eagles. He possesses a similar skill set to Samuels, with the added bonus of being an actual running back. The Steelers obviously value what Smallwood brings to the table, seeing how he has been one of the four protected practice squad players all eight weeks of the season.

I feel the Steelers missed a real opportunity if they didn’t actively attempt to trade Samuels before the trade deadline. The Steelers are absolutely loaded at the skill positions and have the aforementioned Smallwood waiting in the wings. There are plenty of teams that currently are dealing with injuries and could use a player with Samuels specific skill set. Last season, his presence on the roster made sense due to his versatility and the Steelers multiple injuries at the skill positions. This season there isn’t enough snaps to go around, and any snaps he sees could have went to a much more explosive option.

Many pundits thought that Samuels’ production would potentially increase this season due to the arrival of one of his college coaches at NC State; QB Coach Matt Canada, but the connection has yet to make an impact with the Steelers.

I have no idea where Samuels and the Steelers go from here, but if what we have seen thus far is as good as it is going to get, then a roster move may be prudent.