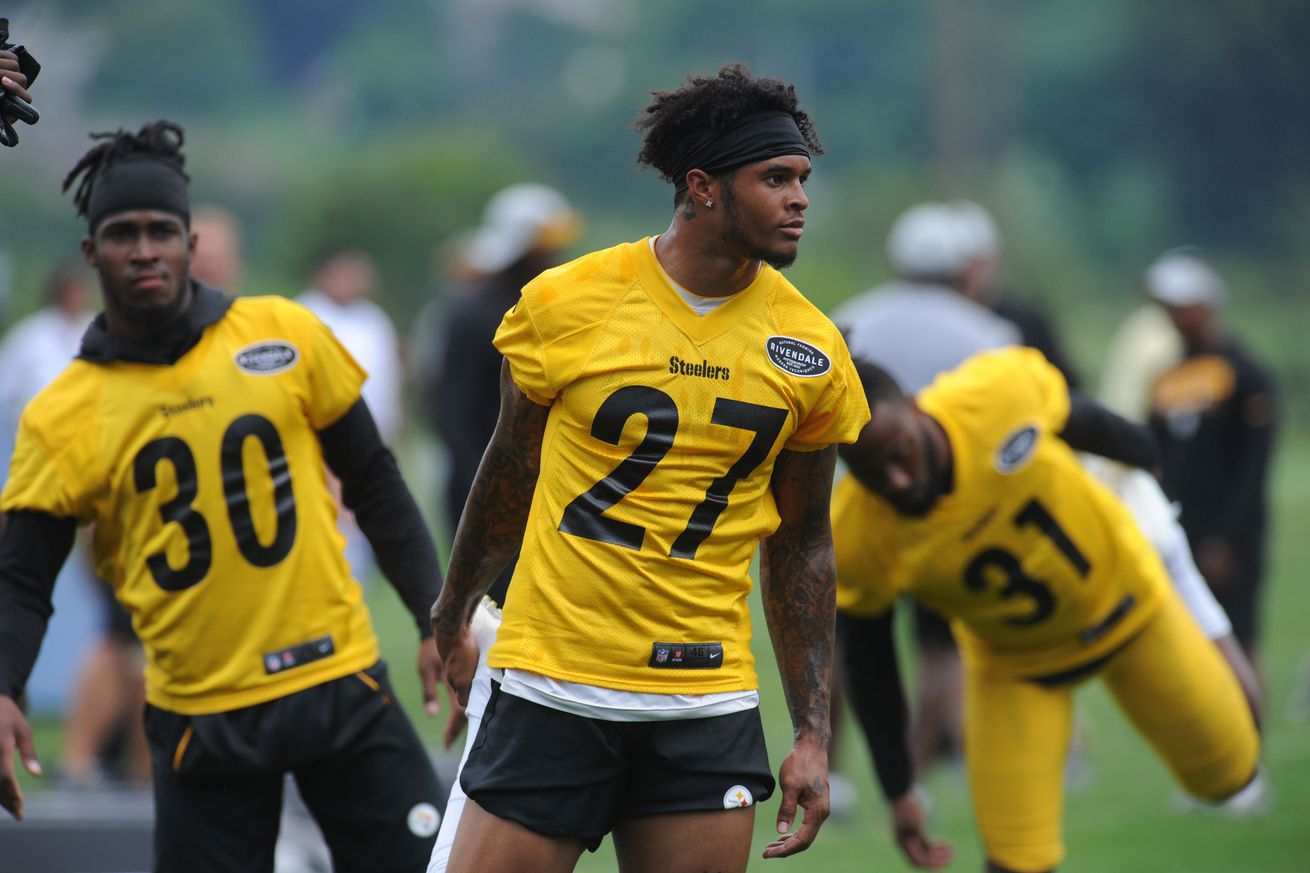 The Pittsburgh Steelers have options to backup Devin Bush and Vince Williams, but how good are those options?

Entering the 2020 season, one of the biggest questions facing the Pittsburgh Steelers’ stellar defense is depth. Primarily depth at two key positions:

The depth behind Minkah Fitzpatrick and Terrell Edmunds has started to sort itself out, but the depth behind Devin Bush and Vince Williams is anything but certain. After letting Mark Barron go this offseason, the Steelers are left with just Ulysees Gilbert III and Robert Spillane on their roster behind the two starters.

Not ideal by any stretch of the imagination.

Nonetheless, Jerry Olsavsky, inside linebacker coach, met with media Monday via Zoom and spoke openly about the state of the inside linebackers, mainly the depth. When asked about Gilbert’s progress, he was pleased with where he is after essentially missing his rookie season with a back injury.

This per Dale Lolley of DKPittsburghSports:

Steelers inside linebackers coach Jerry Olsavsky said he feels good about Ulysees Gilbert being the No. 3 guy there. But, “he has a long way to go in general because of last year, but I like his trajectory.” #Steelers #dkps

Gilbert has the athleticism and overall ability the Steelers covet at the interior of their defense, but if Olsavsky states “he has a long way to go”, what other options do they have?

Spillane has been practicing with a bandaged hand after injuring a finger earlier in training camp, but there might be another player who is throwing his name in the hat for that backup linebacker role. More importantly, the potential hybrid player who can flex between the linebacker and safety position, something Barron did a lot in 2019 for Keith Butler’s unit.

That would be none other than Marcus Allen, the third year safety out of Penn State.

Olsavsky spoke glowingly about Allen’s approach to the game, and the energy he brings to the inside linebacker meeting room. This per Teresa Varley of Steelers.com:

Jerry Olsavsky on Marcus Allen: ‘He’s a high-energy, football playing son of a gun. I am so happy to have him in my room. Maybe that is where I get some of my energy from.’

At the end of the day, playing inside linebacker means you are doing a lot of hitting, and Olsavsky state that is Allen’s forte.

Olsavsky on Marcus Allen playing ILB: “He likes to hit people… the hardest thing about football is running into people and Marcus has no problem with that.” #Steelers #dkps

Overall, the two players don’t carry a lot of experience with them, and for Allen that includes at either safety or linebacker.

Gilbert appeared in 7 games in 2019 before finishing the season on Injured Reserve (IR). After missing the Steelers’ Week 8 matchup with the Miami Dolphins coming off their bye week, Gilbert returned for Week 9 against the Indianapolis Colts only to be put on IR the following week. Although he did not play a single snap on defense his rookie year, Gilbert logged 150 special teams snaps and was leading the team in that category through the bye week before missing time.

Marcus Allen is entering his third year with the Steelers. The former Nitnay Lion was a fifth-round draft pick in 2018 but has played sparingly in his time in Pittsburgh. Although on the 53-man roster his first season, Allen was only active in two games. For 2019 he was signed to the practice squad and was elevated to the active roster for the Steelers final game of the season. In his three career NFL games, Allen has two tackles.

Add all this together and the Steelers are trying their best to find something that works at the ILB position. Essentially throwing everything that have against the wall hoping something sticks. It is safe to say the Steelers have faith in Gilbert, but with the lack of experience behind Bush and Williams, fans should pray to the football gods for the health of these two starters.

For the latest news and notes surrounding the black-and-gold as they prepare for the 2020 regular season, stay right here with BTSC.