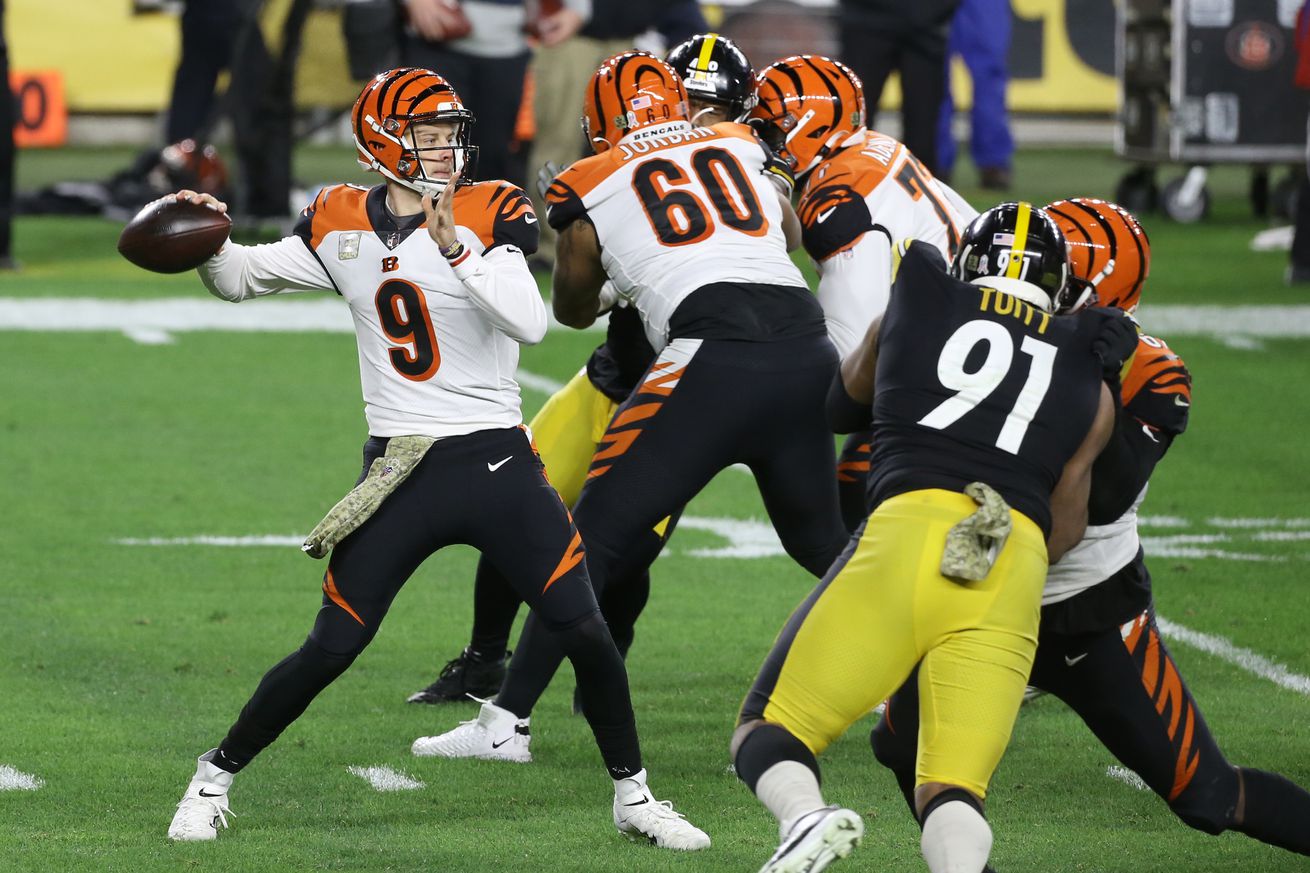 The Pittsburgh Steelers dominated the Bengals’ rookie quarterback, but that doesn’t mean he isn’t looking forward to his next game vs. the elite unit.

The top pick in the 2020 NFL Draft, Burrow struggled against the Steelers’ defense on Sunday at Heinz Field in Week 10. Coming off a bye week, and an extra week to prepare, the Bengals’ offense failed to convert on a single third down throughout the four quarters of play. Burrow took the blame for the offense’s failures Sunday.

“I missed throws.” Burrow said when referencing their struggles on third downs. “That’s all it came down to. You’re not going to be able to win football games against a team like the Steelers as good as they are when your quarterback plays like I did in the second half.

“I just missed throws, throws I always make. I’m not really sure. I’m excited to get back to practice and get that fixed.”

Burrow has been impressive in his first season as a professional, but the two teams he has struggled with the most have been the Steelers and the Ravens, two of the top defenses in the league. Despite his struggles, the former LSU standout is excited for the challenge of facing the Steelers defense again in Week 15.

“Absolutely.” Burrow said in referencing the losses to Baltimore and Pittsburgh a measuring stick games for his progress. “They’re the two best teams in the division, teams that we’re striving to be, teams that are really, really good year in and year out, and that’s what we’re chasing. I think you never want it to happen, but in my mind we got two of those out of the way. Now I’ve played them one time, and I’m excited to play them the next time.”

So, what was it the Steelers did to stymie the Bengals’ offense? According to Burrow, nothing special.

“Like I said, I thought we got our rhythm and then we came out in the second half flat and I didn’t play very well. If I played better in the second half, I think we’d have a chance at the end. I missed a throw down the sideline there on the double move. That was a big play. I needed to hit that one. And then I missed TB [Tyler Boyd] on the sail route on the sideline that we ended up challenging, and he kind of bobbled it but that was a terrible throw from me that TB almost made a great play on. If I hit those two, I think the game is a little different.”

Throughout it all, Burrow went from not losing a game his senior season at LSU, en route to a National Championship and a Heisman Trophy, to struggling in Cincinnati at the game’s highest level. Of course, some struggles were expected, but maybe not to this extent.

“This is not fun, obviously, but there’s no — it’s not demoralizing in the locker room. We knew we had a chance in that game if I play better, if we play better in a couple spots. We’re in that game until the end.

One thing is for sure, Burrow doesn’t lack confidence and also has taken this loss and put it on him. A good sign of leadership, but I’m not sure if there are many quarterbacks who would raise their hands when thinking about having to play the Steelers’ defense twice a season.

Be sure to stay tuned to BTSC for the latest news and notes surrounding the black and gold as they prepare for the Jacksonville Jaguars in Week 11.