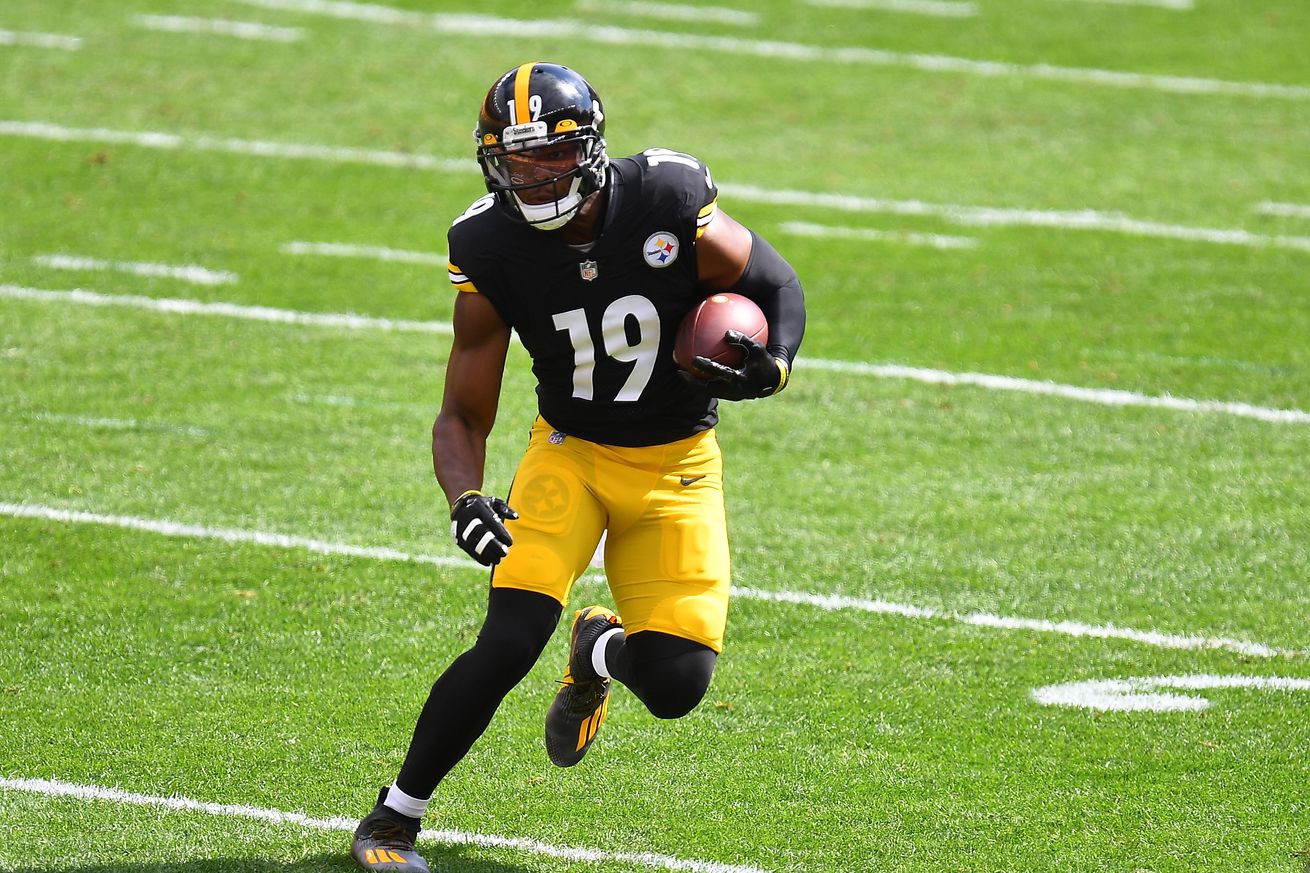 The Pittsburgh Steelers had an unexpected break in Week 4, but JuJu Smith-Schuster doesn’t foresee any issues with the offense in Week 5.

The Pittsburgh Steelers were the unfortunate winners of an impromptu bye week last week after the Tennessee Titans experienced an outbreak within their facility, and subsequently the postponing of the Week 4 football game.

On Wednesday, after the Steelers’ first practice of the week, JuJu Smith-Schuster spoke with reporters via Zoom and he was asked if he has any issues with the Titans, or how they handled the virus in Nashville.

“That is the Titans business and NFL stuff,” said Smith-Schuster. “What we talk about is what Coach (Mike) Tomlin brings to us that the NFL is doing. At the end of the day you want everyone to be safe and follow the protocols and get these games going.”

A huge narrative which has been discussed by the media and Steelers fans over the course of the week is the team’s ability to pick up where they left off, especially on offense. This is something Ben Roethlisberger spoke about during his Wednesday press conference, and while Roethlisberger shared some concern over being able to gel quickly, Smith-Schuster has no concerns over the matter.

“I think our rhythm is still there,” Smith-Schuster said. “It’s nothing we have lost. I think it’s still early in our season to have an uncalled for bye week. But it is what it is. The rhythm is there.”

It is good to hear a Steelers player not being overly concerned with the news of the team’s unexpected Week 4 game, and the possible derailment of a perfect start to the 2020 regular season. While Smith-Schuster has no emotion about the Titans’ violations of NFL protocol, or the offense moving forward, he is extremely excited to have fans at Heinz Field for the first time this season.

“I am actually very excited,” said Smith-Schuster. “As far as Steelers Nation, this is something they look forward to. This is unbelievable. I think it’s awesome that we are going to have some fans. Although it’s not all 68,000, it’s something that is going to keep us going to see people in the stands. I can’t wait.”

It might only be 5,500 fans in attendance this Sunday when the Philadelphia Eagles invade Heinz Field, but even that number of fans will provide energy for the Steelers. As far as celebrations go, fans know JuJu Smith-Schuster will have something up his sleeve for Sunday if he hits pay dirt.

In the meantime, be sure to stay tuned to BTSC for the latest news and notes as the Steelers prepare for the Eagles for a 1 p.m. kickoff at Heinz Field.