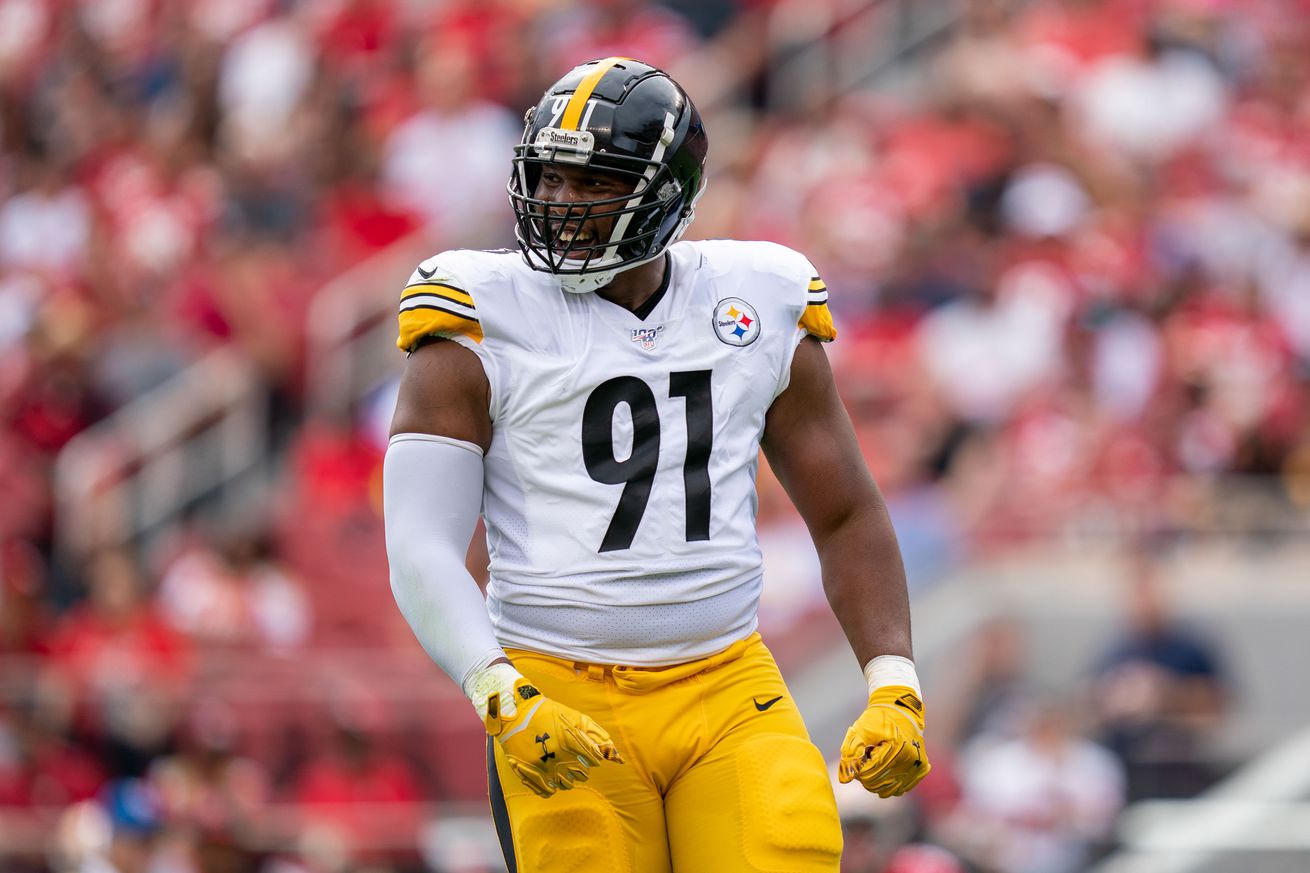 Stephon Tuitt was on his way to a stellar season before 2019 was derailed by injury. Keith Butler sees him picking up where he left off.

The Pittsburgh Steelers’ defense doesn’t need another weapon to their arsenal, but they will be getting one with the return of Stephon Tuitt to the lineup.

After suffering a torn pectoral muscle in the Steelers’ Sunday Night Football win over the Los Angeles Rams in Week 6 of last season, Pittsburgh’s defense had to go without their most dominant player throughout the early stages of last season.

In the 6 games Tuitt participated in last year, his stat line was as follows:

If you have to, like I did, take a look at those numbers one more time. These numbers were just from six games of the 2019 season. Tuitt was more than halfway to his career high in sacks (6.5) before heading to the injured reserve list.

It was a tough blow for the defense, but one which was absorbed by having a versatile defender like Javon Hargrave in to help ease the burden along the defensive front. However, with Hargrave now with the Philadelphia Eagles, getting Tuitt back, and looking like he did before his injury in 2019, is paramount.

Defensive coordinator Keith Butler spoke with media on Thursday, via Zoom, and he gave an update on how Tuitt has looked through Training Camp and leading into Week 1 of the 2020 regular season.

“He [Tuitt] looks good. He looks like he did before he got hurt.” Butler added. “Hopefully, he plays as well as he did last year before he got hurt. I think he will. I think there is some discipline stuff that he needs to adhere to in terms of playing within the scheme of our defense. I think he will do that. Sometimes when he doesn’t play within the scheme, he makes big plays and that lends itself to want to keep doing it.

“But if you keep doing it, then it’s going to hurt your teammates. I think Tuitt is going to be a big asset for us. Of course, Cam Heyward has always been, but I think Tuitt will add to our defense.”

Adding to the defense might be an understatement considering how dominant both Tuitt and Heyward can be up front. Throw in the fact they will be going up against a New York Giants offensive line which is less than stellar, and you have a recipe for success.

However, Butler isn’t completely sold on the Giants’ offensive line being sub-par.

“I think I would like to be an offensive lineman on that team with that running back [Saquon Barkley] behind me.” Butler said. “That guy doesn’t need a big hole. He can get through some very slim holes, so it will be a challenge for us to try to stop him with their offensive line.

“Their offensive line is probably better run blockers than they are pass blockers at this point and time. If I’m them, I’m going to try to keep the game in front of them. What I mean by that is I think they are going to try and stay away from third and long and stuff like that and keep it third and medium throughout the game so that they can dictate what they want to do and we can’t get them in situations where we want to pressure the quarterback. I think they are going to try to stay away from those situations as much as they can. It is going to be our job to stop Saquon in the running game and then get after the quarterback in the passing game.”

Tuitt, along with the rest of the front seven, will have a large role in stopping, or slowing down, Barkley and making the Giants put Daniel Jones in obvious down and distance situations. But in this regard, the Steelers’ offense being able to take a lead will also dictate what the Giants want to do offensively.

Regardless of what the Giants want to do, having Tuitt back, and healthy, is a huge boost for the team after losing Hargrave via free agency. How good can the 2020 Steelers defense be? With Tuitt back for the full season, they can be downright dominant.

Be sure to stay tuned to BTSC for the latest news and notes surrounding the black-and-gold as they prepare for the Giants in Week 1 on Monday Night Football at MetLife Stadium.