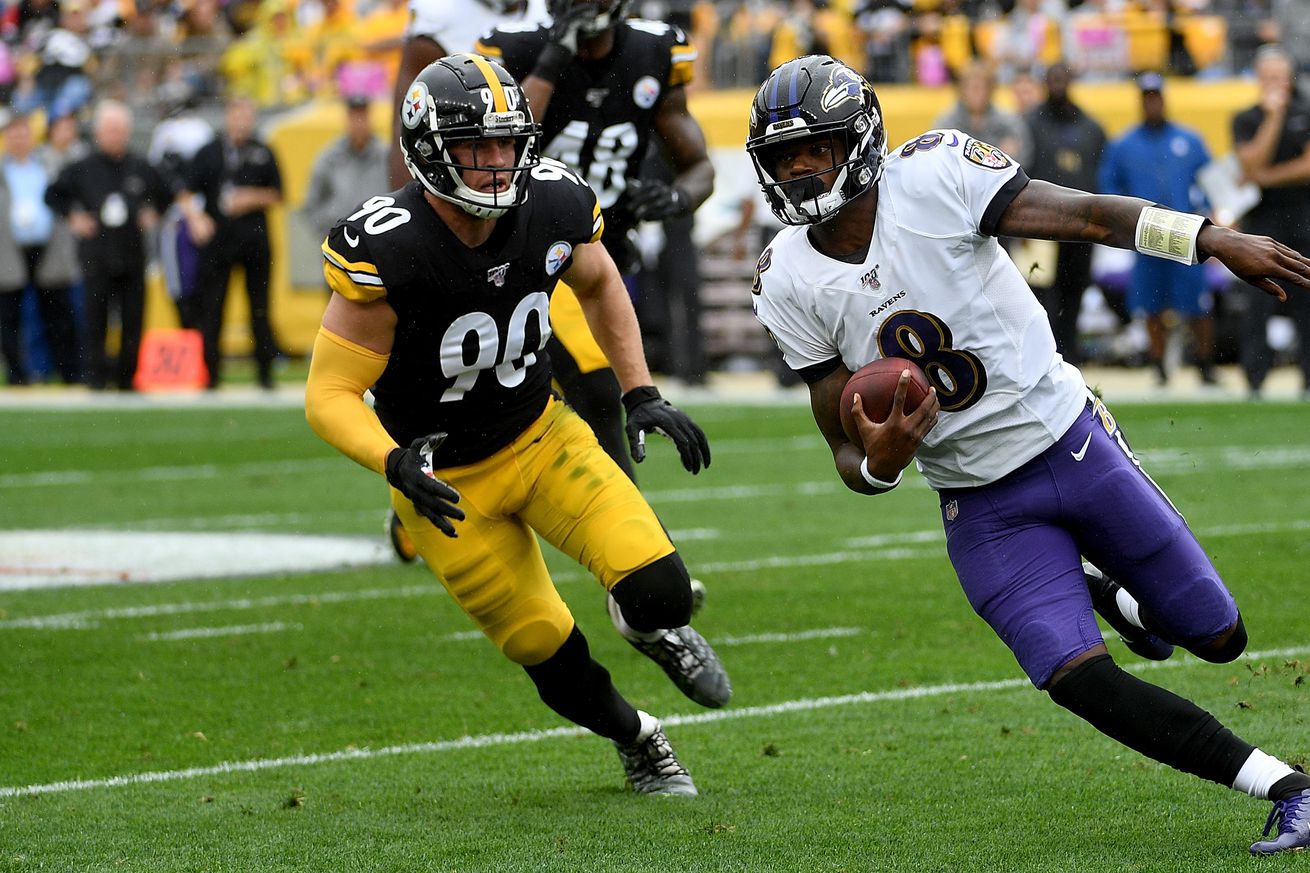 Some Pittsburgh Steelers have 5 star matchups ahead of them

The 2020 season is already full of story lines for your Pittsburgh Steelers. From Ben Roethlisberger‘s elbow to if the team can snap the Ravens streak of AFC North titles, there is a lot facing the blank and gold this season. But what about the one-on-one matchups that should dictate the outcome of games? Be it players lining up against one another, superstars at the same position, or family ties it feels like there is a signature match up to every game. Today we look at the best of the best matchups of the 2020 season.

Week 1 of the NFL season features two of the brightest young stars in the game today. Saquon Barkley might already be the best running back in football and Devin Bush is coming into his own. Bush will have to have contain Barkley from running up and down the field against the Steelers. This is the game that Devin Bush could really put himself on the map as one of the best linebackers in football.

The Watt bowl! This one is almost self explanatory but for those who don’t know, this will be the first time that all three Watt brothers will be on the field for the same game. J.J. is an all-time great defensive player, and T.J. is trending in the same direction of his older brother.

It would also be really fun to see Derek Watt get a goal line carry and punch it in over J.J.!

The battle of the trenches and I couldn’t leave out one or the other. As the old cliche goes ‘football is won in the trenches’ and this game will have no shortage of talent. Jason Kelce may be the best center in football and while Fletcher Cox is another year older he’s still a beast. The Steelers will need to get the very best out of their own All-Pro linemen to get the win this week.

Joe Haden vs the Browns is always a big matchup, but since Odell Beckham Jr. entered the mix this matchup reached the stratosphere. While Joe Haden is now 31 years old, he is still one of the premiere corners in the game and it will be interesting to see how long he can hang with the top guys in the league. Odell is the best receiver on the Steelers schedule and Joe Haden and company will have to take him out of the game.

The league MVP vs an early front runner for defensive player of the year. The match up is two of the best players in the NFL going at it twice a year. T.J. Watt got Lamar for a sack last year but he was also on the receiving end of a nasty stiff arm. This is a rivalry brewing in the AFC North and every time they face off is must watch TV.

The battle of the last remaining quarterbacks of the 2004 class, this might be the last time that we get to witness this head-to-head matchup. Ben Roethlisberger has something Philip Rivers doesn’t—Super Bowl rings. But Rivers still leads Ben in most statistical categories. This is a battle for legacy and one we shouldn’t take for granted.

What do you think? Whats your favorite matchup of the 2020 season? Let us know down in the comments below.