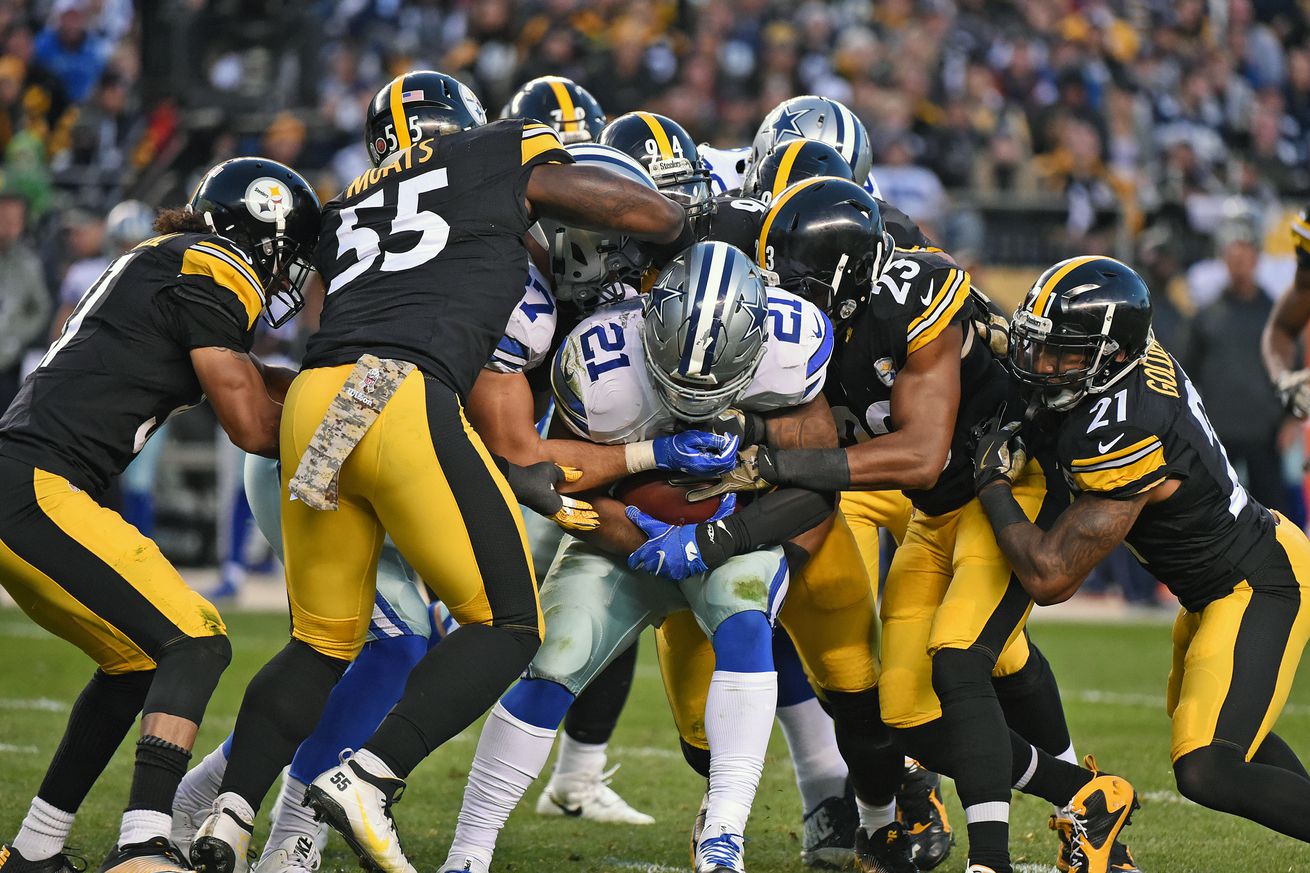 The complete break down on the Baltimore Ravens, from the Steelers perspective.

For a third consecutive week the Pittsburgh Steelers take to the road, this time they head to ‘Big D’ for a battle with the Dallas Cowboys. A Steelers victory would mean the longest winning streak to start a season in franchise history. While a Cowboys loss might just push them from playoff contention.

4:25PM EST Sunday, the Steelers will take to the field at AT&T stadium in Dallas. It will actually be the first time the won’t Steelers kick off a game at 1PM since Week 1’s Monday nighter in New York. The Steelers actually haven’t won in Dallas since 2004 and the Cowboys own the all time series 17-15

The Dallas Cowboys roster is seemingly hemorrhaging talent. From injuries, to trades, to cuts, and benchings this team looks a lot different than it did back in Week 1. This category might not even see the player I believe to be the Cowboys best play this week. Superstar running back, Ezekiel Elliot is questionable with a hamstring injury and Dallas beat reporters have stated the club is preparing to play without him. This Cowboys offensive situation is getting worse by the week and its defense isn’t any better. It almost feels like the Cowboys are playing to fight another day and regroup during its Bye week next week.

You could honestly take this category a number of different ways. Like I said earlier the Cowboys are reeling but it’s worst at its quarterback position. Garrett Gilbert is expected to make his first ever start, and will be the fourth player to line up under center for the Cowboys this year. Combine the injuries of the Cowboys offensive line and at running back and Gilbert will likely to running for his life. I just can’t see a world where the Steelers defense doesn’t feast on Sunday.

Pittsburgh native, Mike McCarthy is in his first season as the Cowboys bench boss, but if the rumors are to be believed he might just be in his last. Reports from Dallas say McCarthy has already lost the locker room, and at times players feel like they’ve been unprepared for games.

If it seems grim in Dallas, it’s because it really is. Lump in this brutal coaching situation and you might just think this Week 9 matchup will be a route.

How will the Cowboys attack the Steelers defense

The Cowboys still have a trio of really good wide receivers. It feels like the only real option they have in this game is through quick passes that set up the run. The Steelers can defend this by how teams attacked the Steelers offense a year ago. Stacking the box and playing tight man coverage. It’s possible that the Cowboys could make a couple plays, but they basically force Garrett Gilbert to defeat them with his arm while sending a ton of pressure.

How will the Cowboys defend the Steelers offense

The best I got for you is that the Steelers offense decides it doesn’t want to hold onto the ball any more. A total of 10 points might just be enough to win in Dallas.

Perhaps Garrett Gilbert is the 29 year old version of Tom Brady, and just needed a chance. While I just can’t see that happening, Gilbert will have to be lights out for the Cowboys to be victorious. No one else on this roster is more important than this quarterback. This former Browns practice squad member quarterback…..

Sunday, 4:25PM EST. We will see if the Steelers can take care of business.