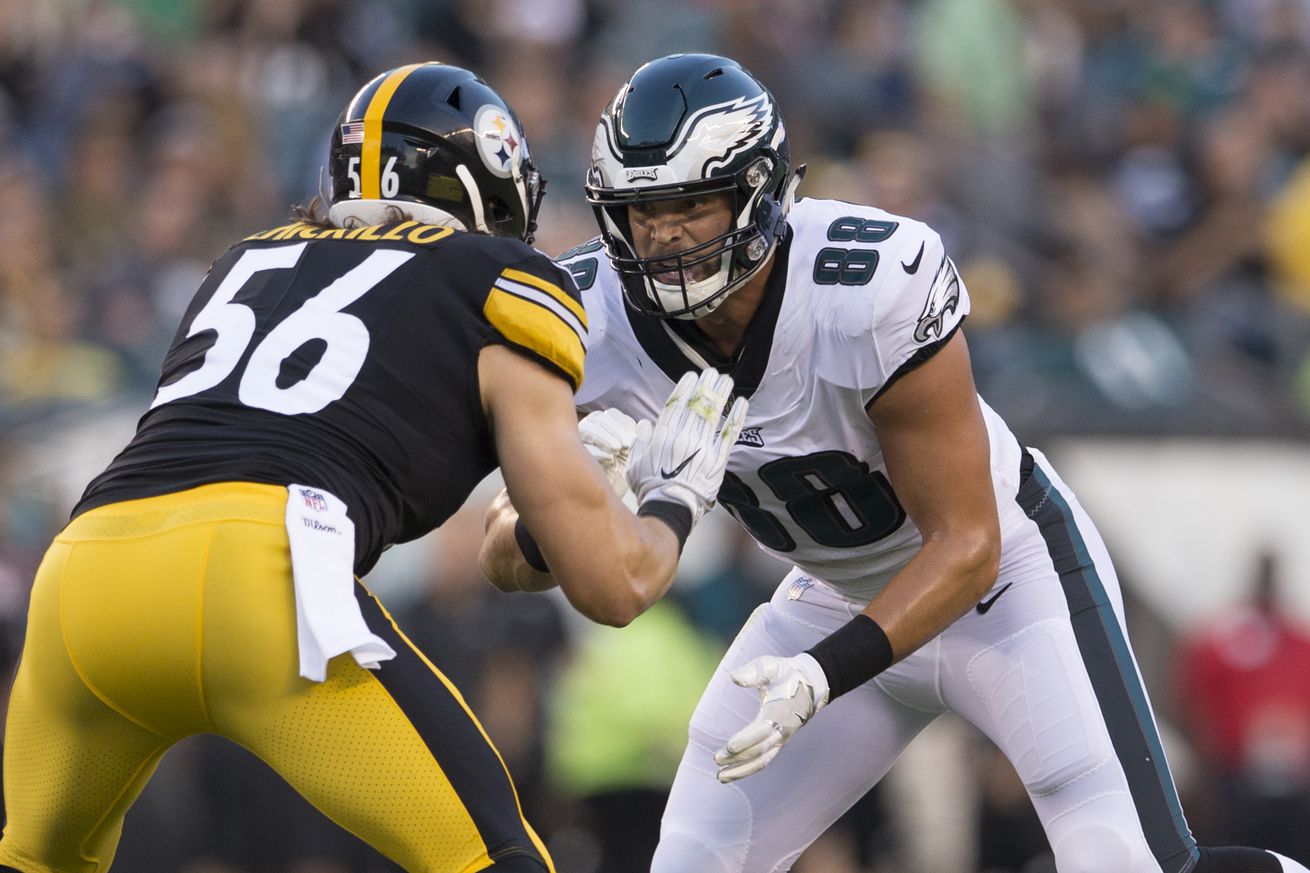 The complete break down on the Philadelphia Eagles, from the Steelers perspective.

The Pittsburgh Steelers once again look to win its fourth game of the year, after a bye week that caught both players and fans off guard. They get the opportunity to move to 4-0 against the cross state rival, Philadelphia Eagles.

As Fletcher Cox is playing in the twilight of his career, you might think that someone else on the Eagles roster might have surpassed him as the teams best player. However, this Eagles team has been decimated by injury, and those that are still healthy have been underperforming this season. Cox on the other hand is still a steady force on the Eagles defensive line.

Week after week opposing teams offensive lines have featured as the weakest unit. It’s no different this week. The Eagles offensive line has been hammered by injuries, already losing five different players that were projected too or actually start in games. Lane Johnson will battle through an ankle injury which has caused him to miss playing time in games this season. Theirs no excuse for this Steelers defensive front not to get to Carson Wentz in this game, especially because he loves to hold onto the football a la Ben Roethlisberger.

Doug Pederson helped bring the Eagles its first Super Bowl, but after a couple underwhelming seasons as the Eagles bench boss Pederson is starting to catch the ire of Eagles fans. With a career head coaching record of 39-28-1 it’s possible that the 2020 season could be the first losing record of Pederson’s career.

How will the Eagles attack the Steelers defense

Because of the laundry list of injuries along the offensive line and receivers, the Eagles will need to get the ball out of Carson Wentz’ hands quickly. Look for Zach Ertz to be targeted a lot in the slot. Without DeSeason Jackson, Alshon Jeffery, or Dallas Goedert the Eagles are missing their deep threat, big body receiver, and a tight end who has looked better than Ertz. Miles Sanders, Corey Clement, and Boston Scott will need a big day catching passes out of the backfield for the Eagles to have continued success.

How will the Eagles defend the Steelers offense

The Eagles surpassed the Steelers for total sacks during the Steelers bye week. Their unit has been stingy against the run and likes to send pressure on passing downs. Ben Roethlisberger needs to nail his RPO’s and find his receivers in one on one matchups for the Steelers to be successful. The Eagles leading tackler and top cave-man, Avonte Maddox has been ruled out of the game with an injury, a substantial loss for the Eagles defense.

Former Penn State running back, Miles Sanders has quietly become one of the top running options in the NFL. On top of that he might just be the Eagles top deep threat in this game. Sanders will need to run wild on the Steelers defense for the Eagles to have a chance. If he can do it behind the Eagles patch work offensive line it would be a game to remember.

Sunday, 1PM EDT. We will see how this all plays out.