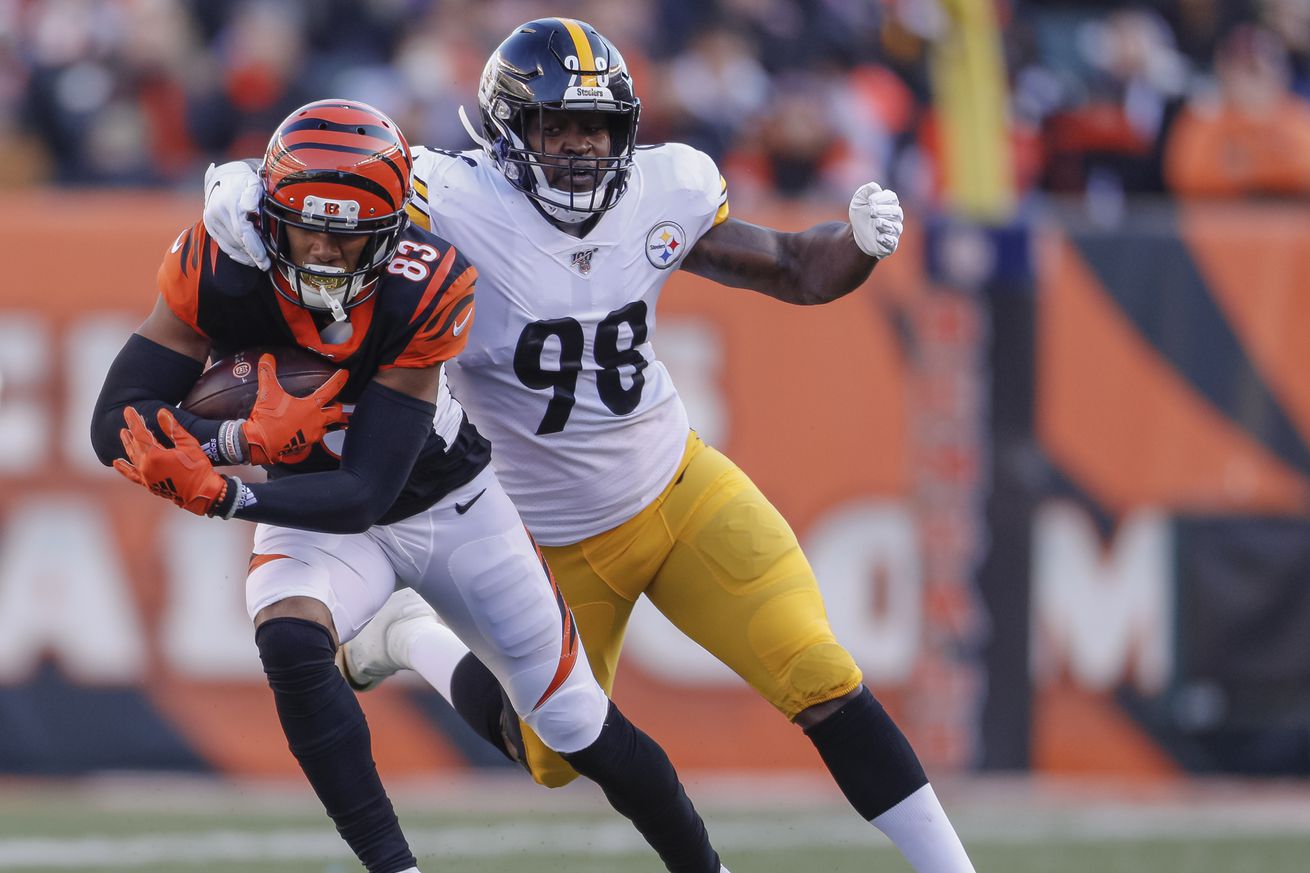 The complete break down on the Cincinnati Bengals, from the Steelers perspective.

The Pittsburgh Steelers kick off the second half of their season back at home against divisional rival Cincinnati Bengals for their first matchup of the year. The Steelers look to defend their perfect 8-0 record with the Bengals coming off of a bye week. While either teams run in with Covid-19 dominated the weeks headlines it looks like all of the close contact players will be available for the game.

4:25PM EST Sunday, the Steelers will return home to Heinz Field for the first time in nearly a month. History is firmly on the Steelers side in this game having won every match up between to the two franchise since 2015 and the Steelers hold a 66-33 all time series advantage. Now with new quarterback, Joe Burrow in the mix the Bengals will look to flip the script in this rivalry.

Believe it or not rookie quarterback Joe Burrow is already the top dog… ahem cat for the Bengals. Watching Cincinnati play this year the most apparent thing is Joe Burrow wants to win the game more than anyone else on the field. Burrow never quits and keeps brining his best no matter the situation. He can make all the throws and is already a team captain. This kid is the real deal and is someone the Steelers will have to worry about for a long time.

This was a bit of a challenging group to pick. The Bengals corners and defensive line has been hammered with injuries and will be playing guys with minimal NFL experience. But it’s the offensive line that is there absolute worst. Missing right tackle, Bobby Hart is a sizeable loss especially when you consider Hart is one of the worst starting lineman in football today. Joe Burrow has run for his life all season long and with the Steelers pass rush he will be in for a long day.

Zac Taylor is in his second year as an NFL head coach. Taylor is a bright offensive mind that has rolled out solid gamelans for Burrow and company. His teams struggles is do to a talent discrepancy but Taylor has maximized his players output. Taylor and his staff have kept the Bengals competitive in games and deserves some praise for his coaching ability. Don’t sleep on the Bengals

How will the Bengals attack the Steelers defense

With Joe Mixen, and John Ross likely out of the line up, look for the Bengals to turn to AJ Green, Tyler Boyd, and Tee Higgins for offense. For the Steelers not having Mike Hilton in the game makes me weary about Boyd in the slot. Boyd is quietly one of the best receivers in football but doesn’t get the love due to his quiet nature and playing for the Bengals. Burrow is going to air the ball out. The Steelers need to get to the rookie quarterback early and often to be successful in this game.

How will the Bengals defend the Steelers offense

The Bengals defense is in rough shape, even after having the past week off. The defensive line has been shuffling players and standout Geno Atkins is out for the game. Due to covid and injury, the Bengals will only have three available corners for the game. Without having much of a pass rush and inexperienced corners the Steelers really have no excuse not to move the ball all game long.

With Mixen’s availability up in the air, the Bengals backfield goes to Giovani Bernard. Bernard has had success in the past but as an again back isn’t expected to be anything more than average. The Steelers rush defense has struggled the last two weeks and have a favorable ahead of them. Factor in the likely return of Tyson Alualu and the Steelers shouldn’t have a problem stuffing the run. It’s on Bernard to keep the Bengals offense from going one dimensional.

Sunday, 4:25PM EST. We will see if the Steelers can take care of business.