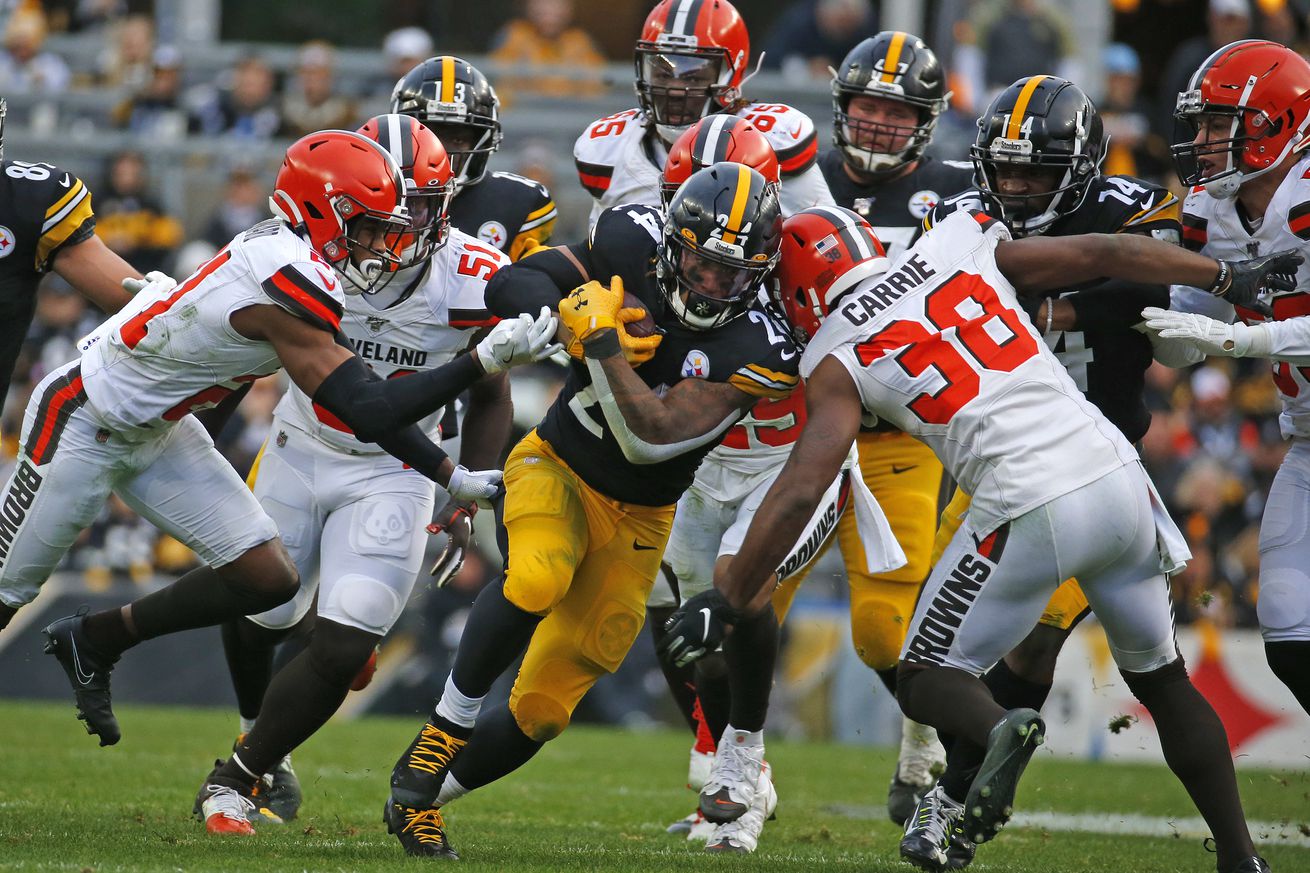 The complete break down on the Cleveland Browns, from the Steelers perspective.

The Pittsburgh Steelers open up AFC North play against the Cleveland Browns Sunday. The matchup is higher profile than normal as the Browns are bringing a 4-1 record into Heinz Field to take on the 4-0 Steelers with a share of first place on the line.

Five weeks into the season their is little argument to be had about who has been the best defensive player in football. Yes, this even includes Pittsburghs own T.J. Watt. Myles Garrett has been a game wrecker to the level of Aaron Donald. He currently has six sacks, three forced fumbles, and two fumble recoveries on the year. Garrett also forced Philip Rivers into conceding a safety in the Browns Week 5 victory over the Colts but that stat won’t end up on any stat sheet. Garrett has the ability to be a one man wrecking crew and Alejandro Villanueva will need to have a great game to keep Garrett in check.

This was a toss up between linebacker and safety. However, duo to the injuries at the top of the Browns safety depth chart I’m going with the guys on the back end of the defense. The Browns will come into Pittsburgh with out Grant Delpit, Ronnie Harrison, or Karl Joseph all of which are out with varying injuries. Instead Andrew Sendejo, Sheldrick Redwine, and Jovante Moffatt will be tasked with stopping the Steelers big play receivers. The early look at this matchup would suggest another huge day for Chase Claypool, and a Steelers breakout game for Eric Ebron is on the horizon.

Kevin Stefanski has gotten more out of the Browns than maybe any other head coach in team history (since they rejoined the NFL in 1999). Stefanski has masked the weaknesses of quarterback Baker Mayfield by establishing a dominating rushing attack that has given Mayfield time and space to throw the ball on play action. Stefanksi has also figured out the recipe tomato sure all of his offensive weapons get the ball enough as to not create any on field drama within a locker room full of divas… He’s one of the front runners for NFL cache of the year.

How will the Browns attack the Steelers defense

A healthy does of Kareem Hunt is on the horizon. With Nick Chubb out for the forceable future the former Kansas City Cheifs star runner will be given the majority of the carries. The Browns come into this game with the number one rushing attack in the entire NFL and will try to turn their rushing success into down field play action strikes. The Browns have also been a gadget team of sorts running successful trick plays in almost every game they have played this year. The Steelers taking away the run and building a lead will be the keys to the game, because once Mayfield is forced into straight back drops, that’s when he’s at his worst.

How will the Browns defend the Steelers offense

The strength of this Browns defense starts with its pass rush. Myles Garrett is obviously the focal point but stopping Olivier Vernon and Sheldon Richardson in one on one matchups is the next key to the game. Ben Roethlisberger will have multiple mismatch receiving options on every snap so the Browns will need to drag down the future hall of famer to keep points off the board.

My Browns X-factor this week goes to Austin Hooper. While in Atlanta Hooper was a receiving threat and was a favorite target of Matt Ryan’s. In Cleveland however Hooper has been tasked to be more of a block first tight end. In recent weeks the tight end match up has been highlighted as one that could potentially kill the Steelers defense and this week won’t be any different. Terrell Edmunds will have to continue his solid start to the season and put the clamps on yet another big bodied weapon.

Sunday, 1PM EDT. We will see how this all plays out.