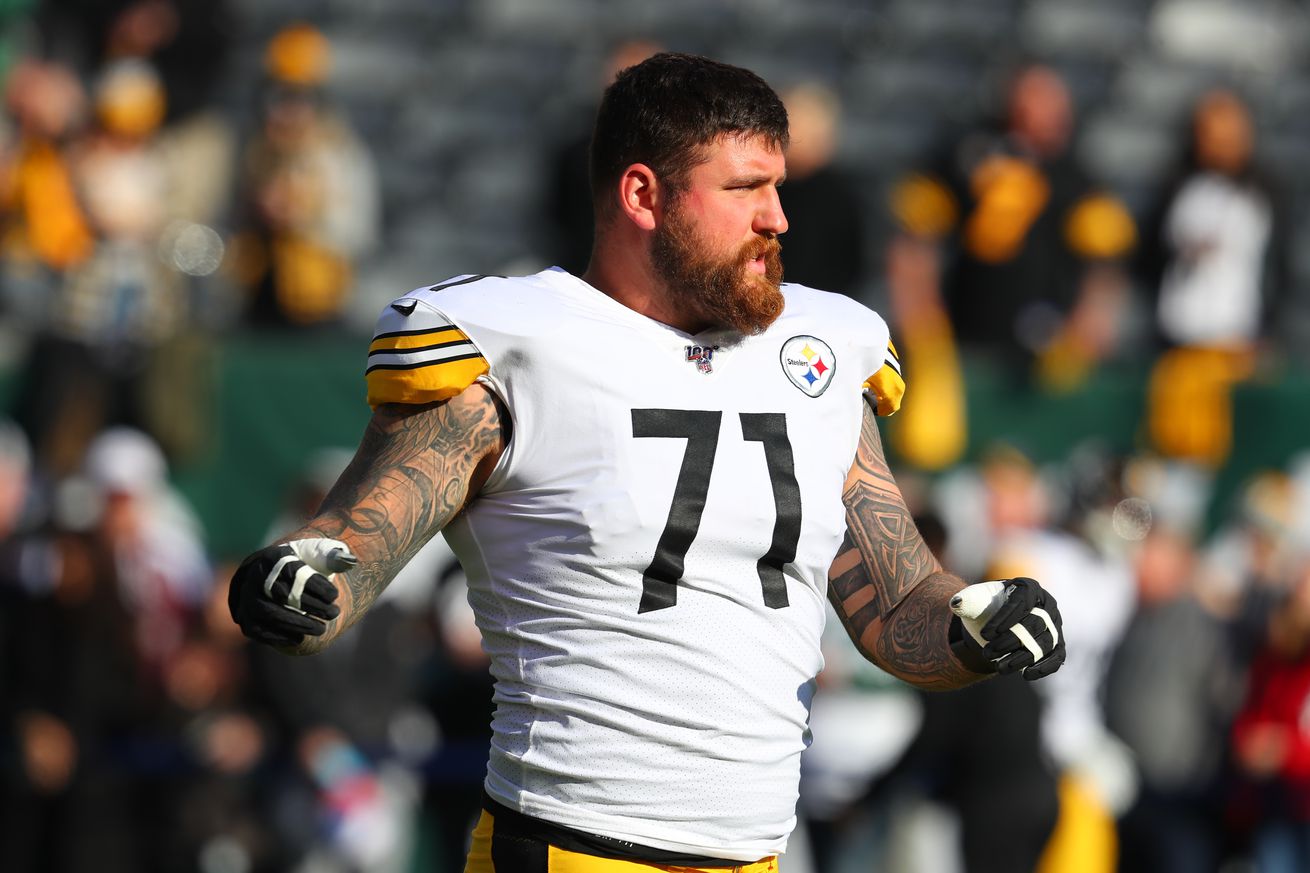 Thanks to two different programs available through the NFL and the players association, Steelers starting right tackle Matt Feiler almost doubled his 2019 salary.

Steelers right tackle Matt Feiler was a big winner in performance-based pay bonus. He got $387,578 in performance pay and $236,004 from a veteran pool. His total bonus compensation of $623,582 was third-highest among NFL players that qualified.

The NFL’s performance-based pay is a payout which is in accordance with the Collective Bargaining Agreement. It is designed to compensate players based upon their playing time and salary levels. If a player is participating in a high amount of the team’s snap count while on a low salary, the program is designed to help supplement their income. In addition to the performance-based pool, the NFL Players Association also has a program to fund a veteran compensation pool based on performance for any players with one or more accrued seasons.

The Steelers have had several players earn additional salary through these programs in recent years. In 2016, tackle Alejandro Villanueva and cornerback Ross Cockrell both earned additional compensation for their performances. The next year, cornerback Mike Hilton and tight and Jesse James both qualified for additional pay.

Although the Steelers offensive line did not live up to their expectations for the 2019 season, Matt Feiler was arguably the most consistent player. According to Pro Football Focus, Feiler was the highest rated offensive lineman for the Steelers with an overall score of 75.2 which rank him 20th among all tackles in the NFL.

Undrafted out of Bloomsburg in 2014, Feiler was originally signed by the Houston Texans and spent a season on their practice squad. After another preseason with the Texans, the Steelers signed Feiler to the practice squad in 2015 and 2016. He was activated for one game during the 2016 season before making the 53-man roster in 2017.

Currently restricted free agent, the Steelers have to make a decision on if they will offer Feiler a tender and at what level it would be for the 2020 season. Currently up tight against the salary cap, it would take some maneuvering for the team to make sure they retain their starting tackle.