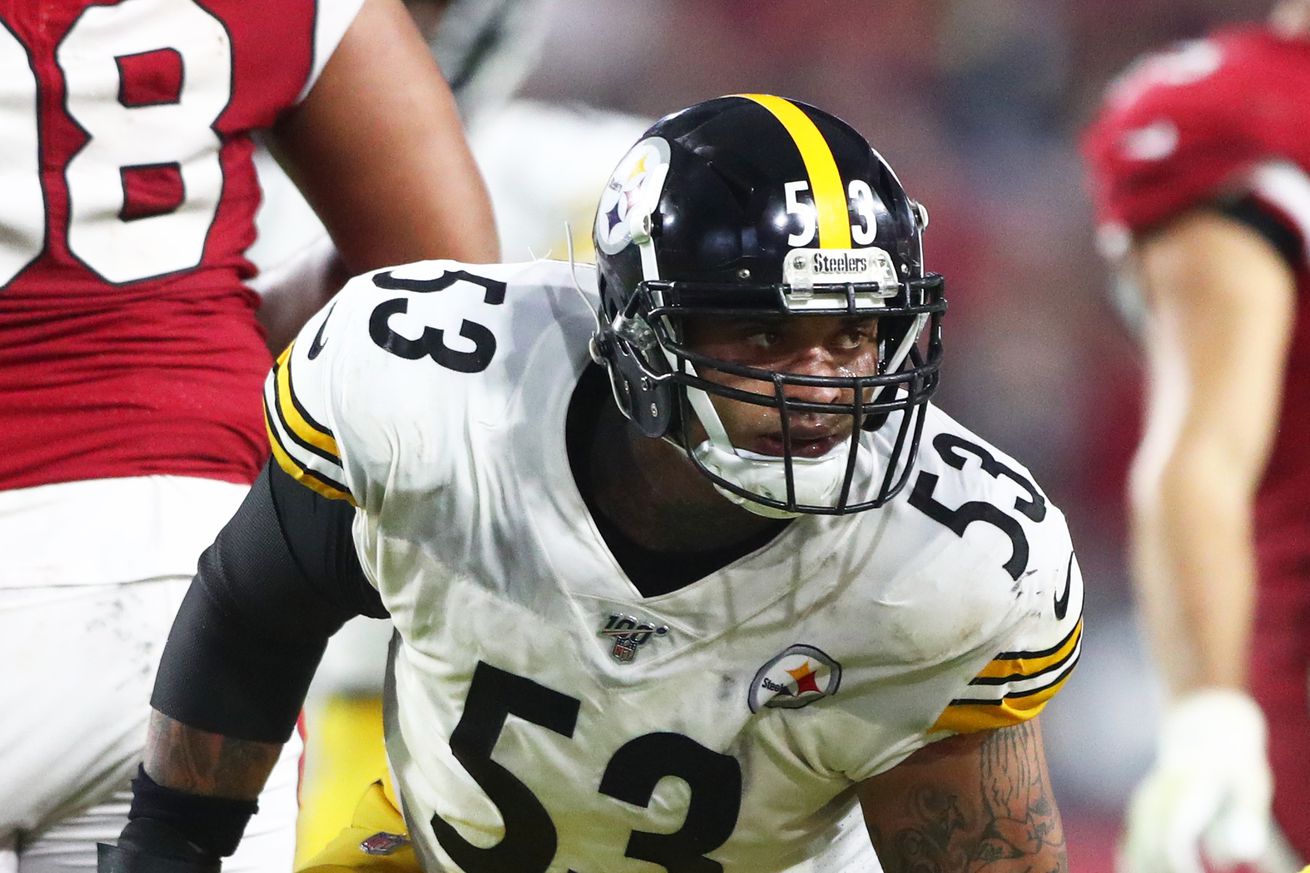 The Steelers veteran center was advised not to have the procedure at this point in his career.

The 2019 season was quite the roller coaster for not just the Steelers organization but several of its veteran players. Of course everyone is aware of when Ben Roethlisberger exited in Week 2 and had season-ending elbow surgery. But the second-longest tenured player on the Steelers also had some ups and downs in 2019. Not only did Maurkice Pouncey miss two games due to suspension after coming to the defense of young quarterback Mason Rudolph, he also left the Steelers’ Week 16 matchup against the New York Jets with an injury which ended his 10th NFL season.

In an interview with media on Thursday, Pouncey talked about his injury and his choice not to have surgery in the offseason as reported by Ray Fittipaldo of the Pittsburgh Post-Gazette.

Maurkice Pouncey, who is entering his 11th season with the Steelers, tore the meniscus in his knee late last season. Team doctors advised against surgery at this stage of his career, and Pouncey said the rehab went very well. He is hopeful there are no further issues.

Pouncey confirmed on Thursday it was a meniscus tear in his knee which cost him the last game of 2019. But rather than go through another surgery, doctors advised rehabbing the injury in preparation for 2020 rather than surgery at this point of his career.

Unfortunately, injuries are something which has plagued Pouncey at various stages of his career which is now entering its 11th season. In his rookie season of 2010, Pouncey injured his ankle in the AFC championship game and was unable to play in Super Bowl XLV. In 2013, Pouncey was lost for the season on the year’s first drive when he tore his ACL and MCL when teammate David DeCastro landed on his leg. Pouncey also missed the entire 2015 season when he broke his fibula in a preseason game against the Green Bay Packers as he was making a downfield block.

Subsequently, the only two seasons of Pouncey’s career in which he did not make the Pro Bowl were in 2013 and 2015 when he played only a combined eight snaps. Pouncey also added All-Pro seasons in 2011 and 2014.

With Maurkice Pouncey and Ben Roethlisberger being the two current players who have been with the Pittsburgh Steelers the most number of seasons, they are often tied together when it comes to the remainder of their NFL career. Pouncey has been vocal in the past about finishing his NFL career when the future Hall of Fame quarterback decides to hang it up. But with Ben Roethlisberger coming back and stating his goal is to win “Lombardi‘s” where he emphasized it was plural, it remains to be seen if the rigor on Pouncey‘s body of playing the offensive line will allow him to continue to snap to Roethlisberger for multiple seasons.

Instead, Pouncey stated on Thursday he will continue to play in the NFL as long as he is still having fun. After having what many considered a down year for Pouncey and the entire Steelers offensive line, Pouncey does enjoy the energy brought in by some of the younger players they now have as part of their offensive line group per Fitipaldo.

Pouncey also said he plans to keep playing as long as he’s having fun. He said the younger guys have brought some energy to the room. “Every day I come in and I enjoy it.”

For now, Pouncey continues to be the answer at center for the Pittsburgh Steelers. With the departure of B.J. Finney in free agency, Pouncey’s expected reserve at his position is a player who is not only older than him but has appeared in more NFL games. Stefen Wisniewski was signed to the Steelers this offseason and said recently he is going into the year in a reserve role for the interior offensive line. Wisniewski turned 31 this past offseason in March before Pouncey reached the same age in July, and Wisniewski has also appeared in 14 more games over his career.

Going in to the 2020 season, the Steelers All-Pro center is hoping to not have any lingering effects from his torn meniscus suffered in December. With the Steelers not looking to get any younger specifically at the center position, it appears as long as Pouncey is healthy and able, he will be commanding the calls along the Steelers offensive line.

Stay tuned to Behind The Steel Curtain for breaking news, player updates, and all things Pittsburgh Steelers.