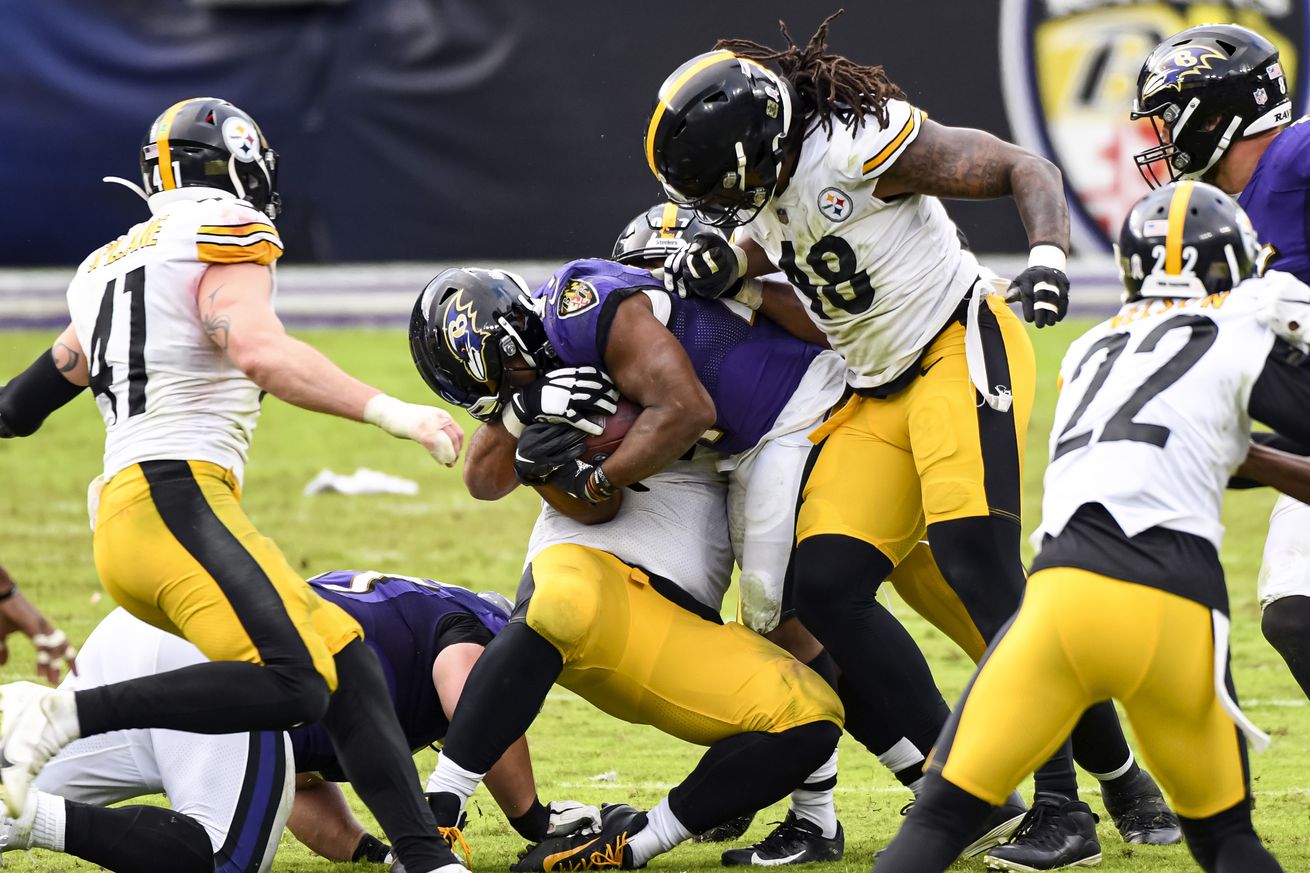 The separation between the “haves” and “have-nots” is quite apparent in the AFC.

The 2020 NFL season has brought a lot of ups and downs for the majority of teams. Fortunately for the Pittsburgh Steelers, it’s been all ups as the team has yet to lose a game this season. But when it comes to the entire American Football Conference at what is basically the midpoint of the NFL season, it has played out as BTSC’s Bryan Anthony Davis projected before the season began. There are two distinct groups within the conference with nine teams a game or more over .500 and the remaining seven teams which are no closer than a game from an even record. In other words, the top nine teams have a winning percentage of .625 or higher while the bottom seven teams are .375 or lower going into Week 10.

There are three teams in the AFC who played nine games through nine weeks as they are yet to have their bye. Those teams are the 8-1 Kansas City Chiefs, the 7-2 Buffalo Bills, and the 0–9 New York Jets. With 13 teams remaining with eight games under their belt, not one of them is at a .500 record. There is a distinct separation between teams to enter Week 10 at 5-3 in the sixth to ninth spot in the division with the next best record being 3–5 in spots ten and eleven.

Entering Week 10, there were four teams with a 5–3 record. The four teams are the Las Vegas Raiders, the Miami Dolphins, the Cleveland Browns, and the Indianapolis Colts. Knowing it would take two losses to drop them down to .500, the biggest concern between these teams is fighting among themselves. The Colts have already played their game in Week 10 as they had a tough matchup against the 6-2 Tennessee Titans. With the Colts getting the win, both teams move to the 6-3 mark

So which teams above .500 in the AFC are most likely to find themselves falling back to the rest of the crowd? Most likely it will be one of the teams at 5-3 if not more. The Indianapolis Colts looked to have the most difficult path in facing the Tennessee Titans and then their next two games being against the Green Bay Packers and hosting the Titans once again, but starting off that stretch with a win is very helpful. The Las Vegas Raiders do have to face the Kansas City Chiefs in Week 11, but that game is sandwiched in between the 3-5 Denver Broncos followed by the 3-6 Atlanta Falcons and the 0–9 New York Jets. The Cleveland Browns appear to have a favorable schedule coming out of there bye week as their next three games are all against teams that are under .500, but the Miami Dolphins have one better as their next four games are all against sub .500 teams.

Of course, it’s the NFL and any team can win or lose on any given Sunday. But if looking at the upcoming matchups, it doesn’t seem like there’s going to be a lot of room for the teams that are currently below .500 to catch that many teams ahead of them.

So can any of the teams already separated by the .500 mark in the AFC have a chance to get back into the hunt? It’s going to be an uphill battle for most of them. The 3-5 Denver Broncos have their next four games all against teams with winning records. Additionally, the 3-5 New England Patriots bounce back-and-forth between difficult opponents and teams below the .500 mark as their next four games are against Baltimore, Houston, Arizona, and then the two L.A. teams. Interesting enough, the 2-5-1 Cincinnati Bengals have three of their next five matchups against the weak NFC East. Believe it or not, if the Bengals could somehow get past the Steelers in Week 10 they have a legitimate shot of moving up into the higher tier of the AFC.

So how will it all play out? In reality, chances are some of the teams that are below .500 will push the 8-8 threshold by season’s end. Additionally, a couple of the teams in the hunt could very well fall out by the time late December rolls around. While now there is a distinct cutoff between the “haves” and the “have-nots” in the AFC, the picture could very likely be a much smoother transition after the 2020 season is all said and done.