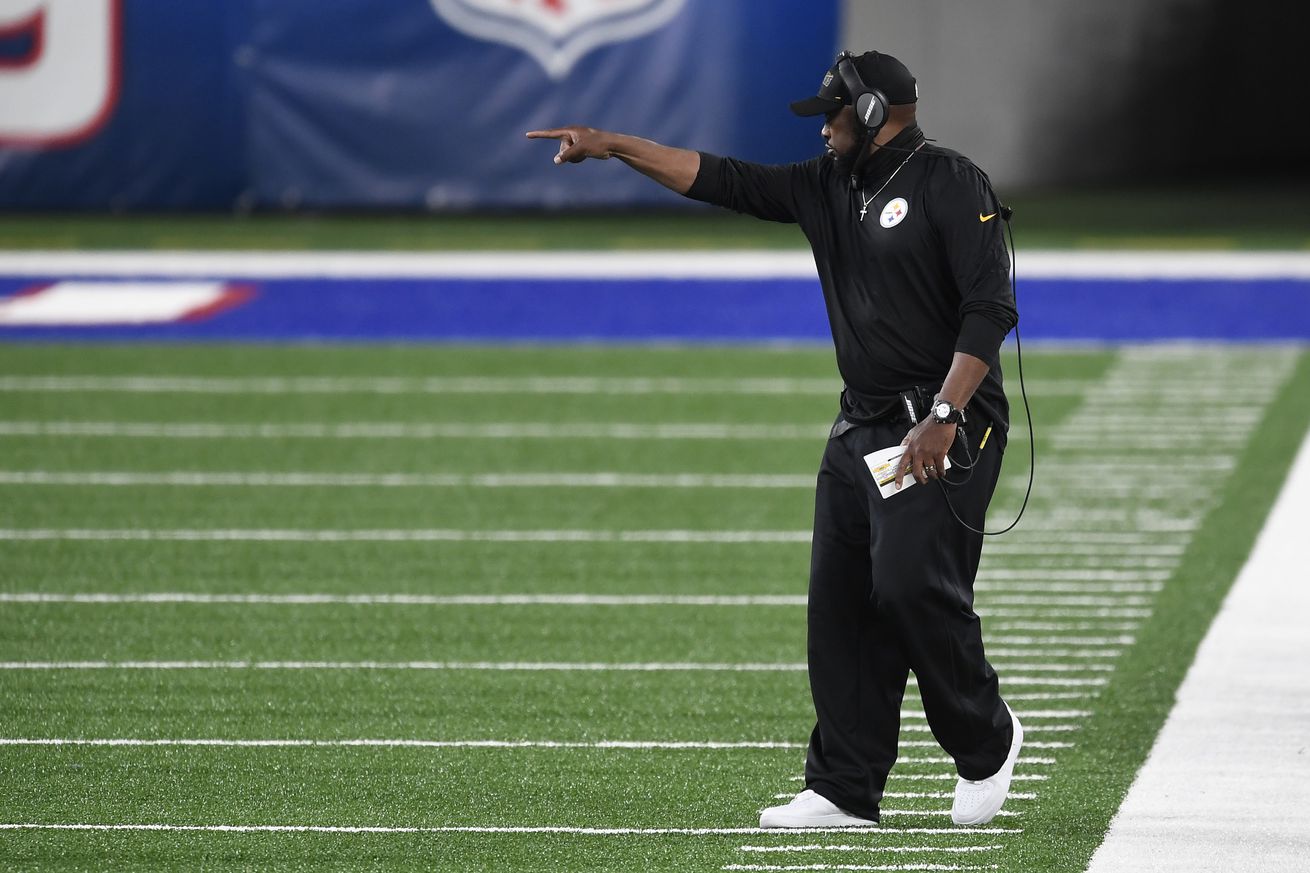 The Steelers played their Week 1 game against the New York Giants with one less player than allowed.

If you are someone who has visited Behind The Steel Curtain much over the last two years, you will know that I am what you would call a “numbers guy.” Whether it be statistics, salaries, or roster make up, I’ve always been a mathematical mind and enjoy breaking those sort of things down as much as possible, hence the “Steelers’ Stat Geek” podcast. But for 90 minutes prior to the Steelers Week 1 kickoff against the New York Giants Monday night, I had an unusual combination of frustration and curiosity when the Steelers announced six players on there inactive list.

The numbers simply didn’t add up.

The Steelers did not take advantage of a rule which is new in 2020 where they can elevate one or two players from their practice squad to the active roster on game day without making a corresponding move. With any player they brought up not needing to be active, doing so would just be a waste. Since there was yet another rule which is new to 2020 is where teams can have 48 players active for a game rather than 46 in previous seasons (as long as they have eight offense of lineman active), the Steelers should have only had five players on their list.

First, I began scouring the Internet trying to find an answer to the question. I even reached out to some of the local media for Pittsburgh to get an explanation to no avail. It just didn’t make sense.

The Steelers were playing their first game of the season with one less player than permitted.

Finally, some clarity came to the situation on Tuesday in Mike Tomlin’s weekly press conference when Brian Batko of the Pittsburgh post-Gazette asked the question I had waited more than 18 hours to get answered.

Why did the Steelers have an extra player on the inactive list?

“There was some indecision on my part about the rule,” Tomlin admitted. “We didn’t get clarity on it until extremely late in the process. From an overall preparedness standpoint, we decided to put the helmets on the guys who were prepared to play and had an understanding that they were going to play.”

In other words, Coach Tomlin used his famous coach speak to say they collectively, as an organization, screwed up. While Tomlin did step up and owned the mistake, he did also give a bit of an excuse in blaming a lot of information coming from the NFL about various things, especially in regards to COVID-19, and having a difficult time keeping track of it.

“I take responsibility for that miscommunication and it’s a learning process for us,” Tomlin continued. “There’s a lot of memos coming out of New York these days, so it is tough to keep up with them.”

Exactly what happened and why this went down is still unclear, but at least the Steelers know they made a mistake and that they can remedy it in the future. Was there really no one on the coaching staff that understood the rule? Did the Steelers simply inform too many players they were not playing in the game?

I can understand the emotional roller coaster of going from going through warm-ups, to being informed you would not get a helmet, to then only have to rush and get ready for the game after all. But wouldn’t a player such as Ulysees Gilbert III or Anthony McFarland Jr. be better off at least being in uniform even if they weren’t used?

Of course, if the Steelers did not realize the mistake until they turned in their inactive list there would be nothing they could do about it. But I don’t understand how something like this could slip through the cracks.

What’s even worse, one week prior it appeared Coach Tomlin understood they had two additional players who could be active on game day when Mark Kaboly of The Athletic asked Coach Tomlin if the Steelers would be taking advantage of the new role which gave them the additional spots.

“I’m not going to give them back,” Tomlin laughed. “I’m definitely going to use them for many of the reasons that we’ve been talking about, this unusual environment in terms of what our guys are capable of. If we have available guys to us, we better use them, but also, just a lack of in-game play and the number of snaps or the limited number of snaps people may be prepared to play or how fatigue may set in on us. The rules allow for us to fortify our depths so we’re going to take advantage of that.”

Or so we thought.

Through some sort of oversight or miscommunication, the Steelers only took advantage of one of the positions they had in reserve. Hopefully now a player such as Gilbert or McFarland can have a helmet and perhaps bring something to the team if nothing more than gaining experience.

Luckily, the mistake did not cost the Steelers in any way as they won their first game of the season 26-16. But by messing this up before the game even started, my overwhelming optimism toward the Steelers (which I am unafraid to hide) was a bit shaken. Add in the muffed put shortly into the game and all my hopes for the season seemed to be crashing down. Fortunately, things got better.

As for the Steelers making sure this doesn’t happen again, I would gladly offer my services to make sure they understand what they can or cannot do in regards to their roster on game day.

My phone line is open.