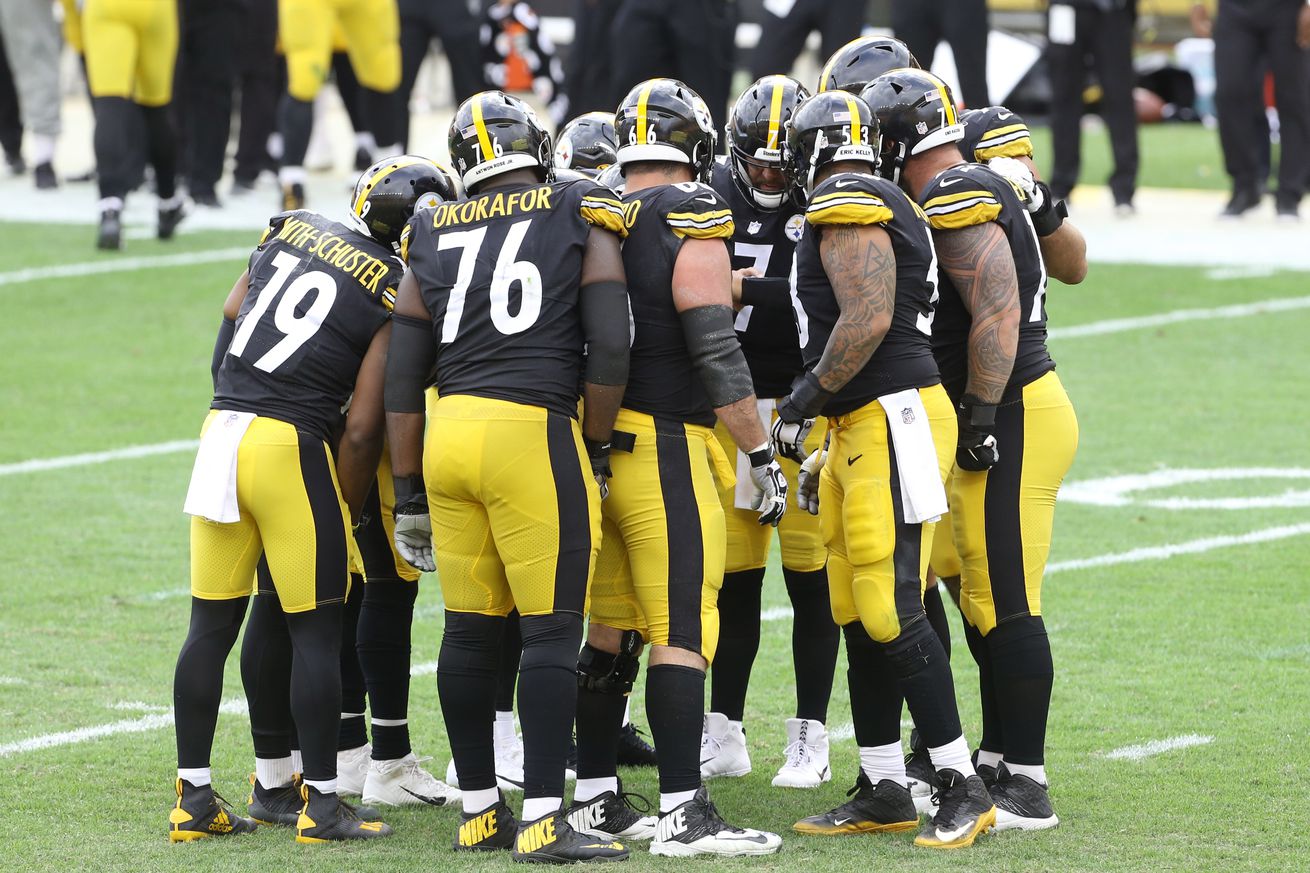 The Pittsburgh Steelers’ offense is starting to click, and there is a reason for it.

When it comes to any team sport, you want your team to be a close knit group. To be a team in every essence of the word. One might even say, a “pack”.

That is exactly how Mike Tomlin labeled the Pittsburgh Steelers offense after the Week 5 win over the Philadelphia Eagles at Heinz Field Sunday.

When asked about rookie phenom Chase Claypool and what he brings to the offense, especially on third downs, Tomlin’s response didn’t just take the spotlight away from the rookie, but really shown light on the rest of the offense.

“Let’s be honest, a lot of it might not even have to do with him and his skill set.” Tomlin said. “We’ve just got a well-balanced attack. We’ve got guys that people have to account for, guys like JuJu and guys like Diontae and Ebron, and I just think that he’s probably a good matchup for whoever people have assigned to him from a man-to-man standpoint.

“And that’s the strength of having a deep group with guys that are capable of making plays. Week in and week out there are going to be different guys that step up and ascend just based on the matchups presented. He had a good matchup this week.”

Ben Roethlisberger has to be in football heaven thinking about how he can spread the ball around between Claypool, JuJu Smith-Schuster, Diontae Johnson, Eric Ebron, Vance McDonald and a wide array of weapons out of the backfield.

When Tomlin was asked about Roethlisberger’s growing rapport with Claypool, Tomlin again decided to highlight the offense, not necessarily the rookie.

“Like I mentioned before, the strength of our pack is the pack.” Tomlin added. “To have quality depth in guys that are capable of making plays, he was just going to be the guy today.

“He had a good matchup and he made some plays and they found that rhythm. I don’t want to make it out to be something more than it is. It was his turn today based on a lot of things and he was able to deliver.”

Some might read/hear Tomlin’s comments and think he is just throwing water on the rookie’s big day, trying to bring him back down to earth. However, if you read the quotes closely, you can see what Tomlin really means. What he is referring to is how the offense can be a pick-your-poison unit depending on how the defense decides to defend in certain situations.

The Eagles very well could have come into Week 5 focused on not letting Smith-Schuster and Johnson beat them. When Claypool became a focal point of the offensive attack, the Eagles didn’t have an answer, that was obvious.

The strength is in the pack, not one individual, and the Steelers’ offense certainly is just what Tomlin called them, the “pack”.

Stay tuned to BTSC for the latest news and notes surrounding the black and gold as they prepare for the Cleveland Browns at Heinz Field in a huge AFC North showdown in Week 6.