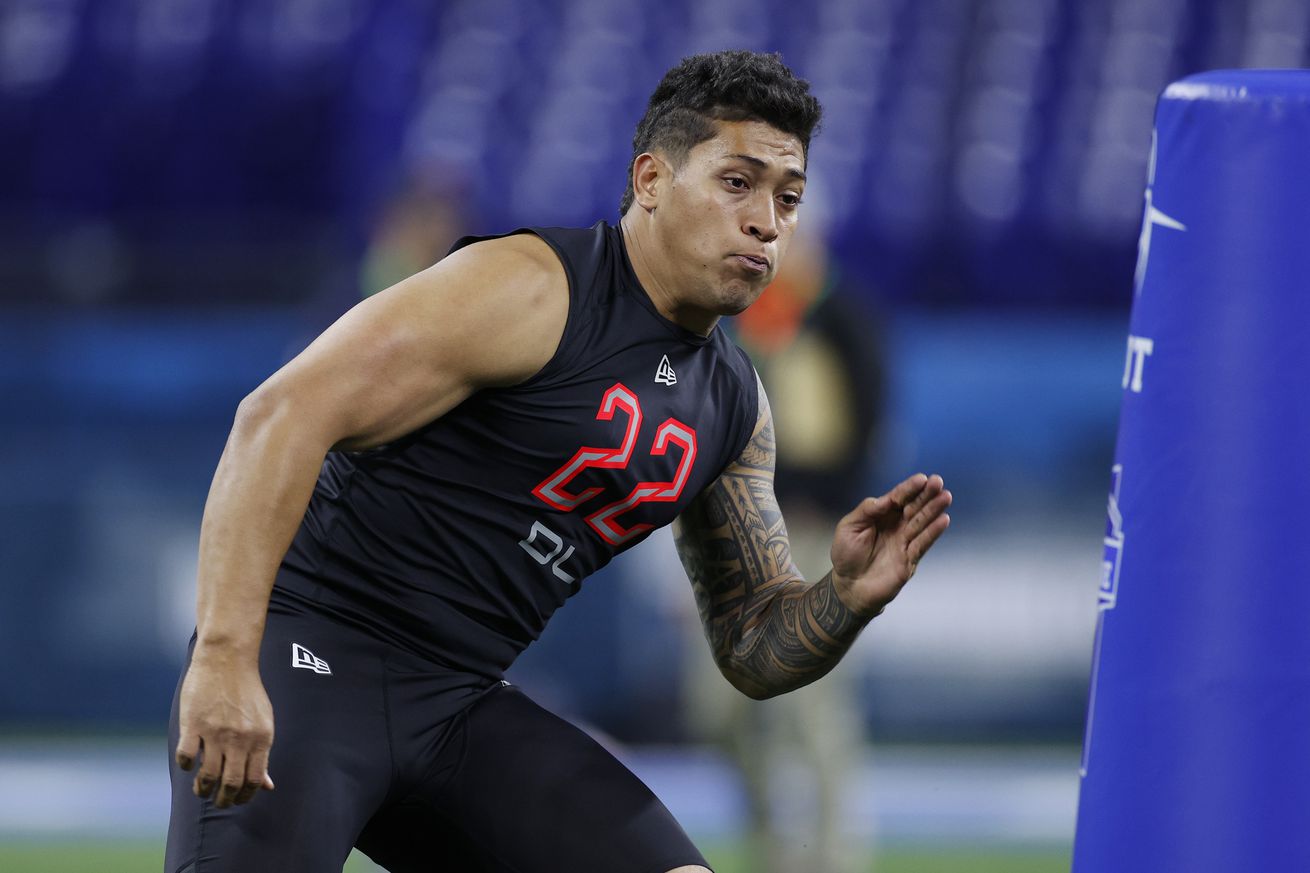 By the time the draft rolls around, the Steelers should know their level of need at edge rusher

The Pittsburgh Steelers’ season has now been over for two months, so we’ve had plenty of time to get into the off-season mindset. Although free agency comes first on the calendar before the 2020 NFL Draft, the NFL Combine has concluded last week. Heading into a lot of player’s pro days, it might be nice to have an idea as to some of the names associated with the Steelers in the second round. The Steelers’ first round pick has already been named an All-Pro player as Minkah Fitzpatrick can be thought of as the Steelers’ choice. So let’s look at prospects who may be available at the 49th selection and see what they could bring the the Steelers in 2020.

When talking about mock drafts or NFL free agency, you have to first identify the team’s main needs for the off-season. Here are some of the projected positions of need for the Steelers in no particular order:

There could be other positions added to the list, but when it comes to what position the team will target with their first pick, it is certainly up for debate.

In the latest three-round mock draft by nfl.com they have the Steelers addressing the outside linebacker position before anything else. Whether or not Bud Dupree is with the team another season, adding depth at the position at some point in the draft is highly likely. With the Steelers having a number of needs heading into free agency, it is important to look at all the possibilities presented by various mock draft outlets. Additionally, in the third round of the same mock draft, they have the Steelers selecting quarterback Jalen Hurts with their projected compensatory pick.

Check out the second-round pick:

Now that the NFL Scouting Combine has concluded, there may be some players most fans are not familiar with. If this is the case, here is a breakdown of Anae according to thedraftnetwork.com:

First Step Explosiveness – Illustrates a nice burst to release off the line of scrimmage and challenge with speed. When he’s able to time his release, he’s capable of overtaking tackles with speed and forcing them to bail out and transition into chase mode. Not dominant with pure speed.

Hand Technique – Super advanced. Love his long-arm, rip/club, cross chop, push pull and other attacks to drop hands off of his chest and create space for himself to disengage or turn the corner against would-be blockers. Good action and persistent effort to keep working the hands.

Pass Rush Counters – Would like to see him continue to develop his inside counters. He’s got swervy, loose hips to create width but too often looks to come back inside with an ineffective spin. Like his arm-over move much better and he’s really successful working over OTs around the outside.

Flexibility – Issues are present at his release off the snap, too often you’ll catch his pads popping up, negating some forward push and explosiveness. Coil from in tight is strong through the hips to unload and drive blockers back into the backfield. Lateral tilt is effective but not super dynamic.

Run Defending – Like his work both as a penetration style defender and as an edge setting role player. On occasion vs. bigger bodies, he’ll get swallowed and doesn’t always have the recovery strength in upper half to press himself clear and uncover, but disciplined gap defender nonetheless.

Competitive Toughness – Blue collar work ethic shines bright on tape, makes a lot of second and third effort plays just by peeling back into the play after getting run past the peak of the pocket. Functional strength is strong and illustrates some power and pop in his hands to collapse the POA.

Tackling – Can overrun opportunities in the open field to challenge WRs on quick game or ball carriers in space, his momentum and effort/urgency used against him. Plenty of wingspan and when working in tight quarters he’s a very sufficient wrap up tackler. Explosive finisher in the pocket.

Lateral Mobility – Better working with a rolling start, if you isolate him on the edge and attack him with reads, he may not consistently get home and crash. His work at the peak of the pocket is strong and sufficient stepping back inside on interior gap challenges when he’s given 2- way go.

Stand Up Ability – Works the flats as a zone defender in the pass game intermittently. Like his release from a 2-point stance and ability to step in from wider angles to still bring power in hands and set the edge. Will lose some of his burst but simultaneously deconstruct blocks and diminish angles.

Football IQ – Cerebral athlete who offers a lot of savvy work on the edge to force missed punches, false steps or bigger gaps to attack. His awareness in zone coverage isn’t great but put him on the LOS or rushing the passer and his spatial awareness is much stronger.

Player Summary – Bradlee Anae serves as a high motor defender who will slot well into an odd front defense as a stand up outside linebacker. Anae is fairly developed as a pass rusher and has been successfully exposed to multiple alignments to help place him in disruptive roles. There are some leverage issues present that will flare up in his game but Anae should be considered a potential starter at the next level with his developed hands, high effort and pro caliber build and athleticism.

For all you who are preparing yourself for the draft, what do you think of the selection? Would you be on board with the Steelers taking Anae with their first pick, albeit in the second round? Or do you feel there is a better player at this position or a different one who may still be available? Let us know in the comment section below, and remember these mock drafts are merely speculation and caused to create discussion among the fan base.