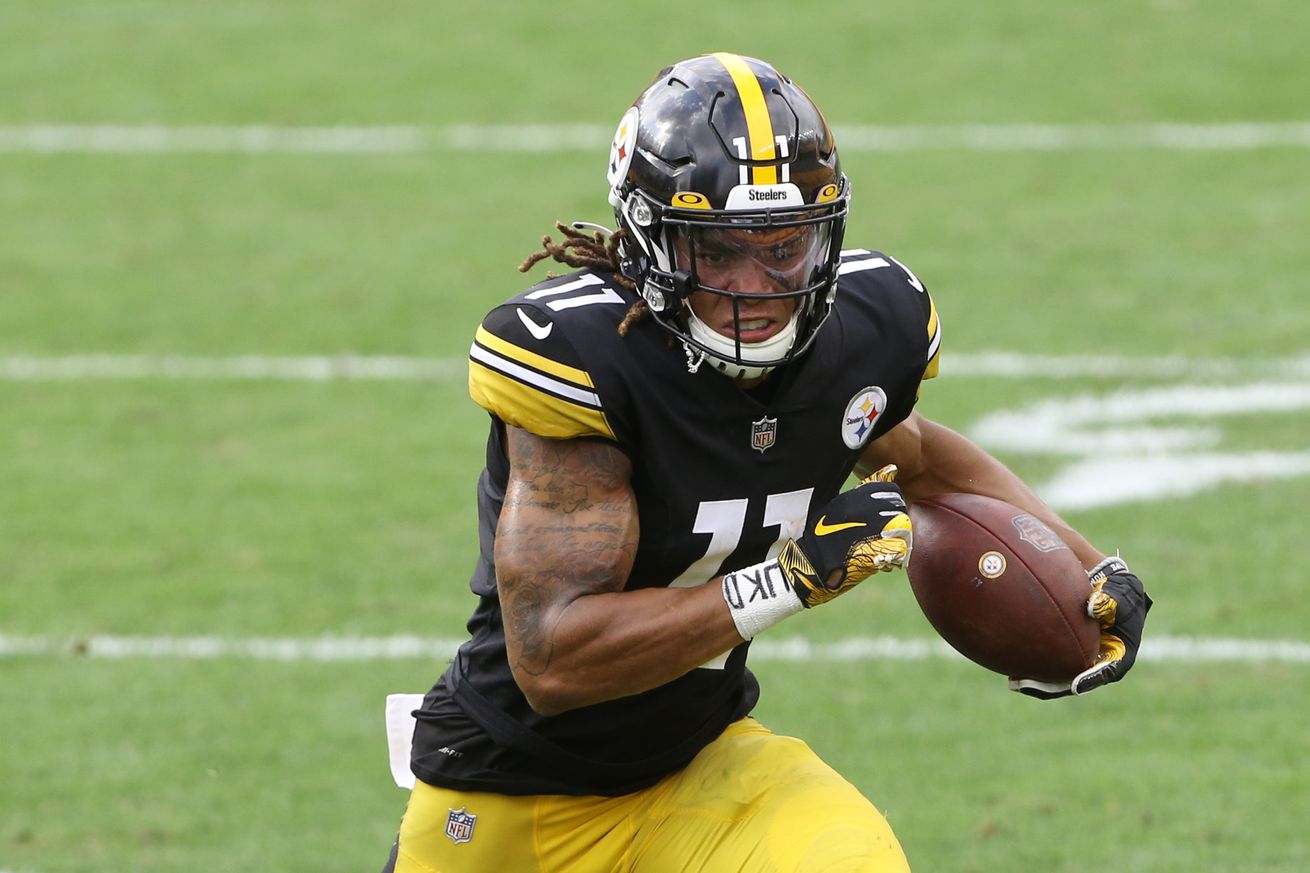 Everyone knows the stat line, but the Next Gen Stats show a different side of Chase Claypool’s explosion in the NFL.

When the Pittsburgh Steelers selected Chase Claypool out of Notre Dame with their first pick, in the second round, of the 2020 NFL Draft, there were a lot of fans who were really upset with the pick.

There were a variety of reasons for them feeling unsettled with the selection, most notably how Ohio State running back J.K. Dobbins was on the board and the Steelers had a major need at the running back position.

Some just didn’t like Claypool coming out of college and thought there were better, high value, selections to be made when it was the Steelers’ turn to roll the dice in the second round.

It is safe to say after Claypool’s four touchdown performance vs. the Philadelphia Eagles in Week 5, there weren’t too many fans complaining about the pick. Buyer’s remorse? What buyer’s remorse!

Everyone knows Claypool’s ridiculous stat line from Sunday. 7 catches, 110 yards, 3 receiving touchdowns and a rushing touchdown. But what about the next level stats, or as ESPN calls them, Next Gen Stats. Well, those are equally as impressive.

Chase Claypool has added another dimension to the Pittsburgh Steelers offense, racking up 4 TDs in their 38-29 win over the Eagles. Claypool has been the main downfield threat for Big Ben, averaging 13.9 air yards on his targets. He’s also averaging 9.5 yards after the catch, +4.4 yards over expectation. Claypool has all the athleticism needed to be a dominant receiver in the NFL, having ran a 4.42 40-yard dash at the NFL Combine and reaching a top speed of 20.17 mph during his week at the Senior Bowl.

ESPN has been tracking the most improbable completions of the year, and Claypool’s sideline catch in Week 1 vs. the New York Giants at MetLife Stadium is still among the top heading into Week 6.

The most improbable completions this year:

I think it is safe to say Claypool has the making of a superstar. Whether the turns into one is a different story altogether. One performance is just that, one performance, but the great ones string together performances like that.

Next up? The Cleveland Browns in Week 6 at Heinz Field.

Stay tuned to BTSC for the latest news and notes surrounding the black and gold as they prepare for their first AFC North game of the 2020 regular season.