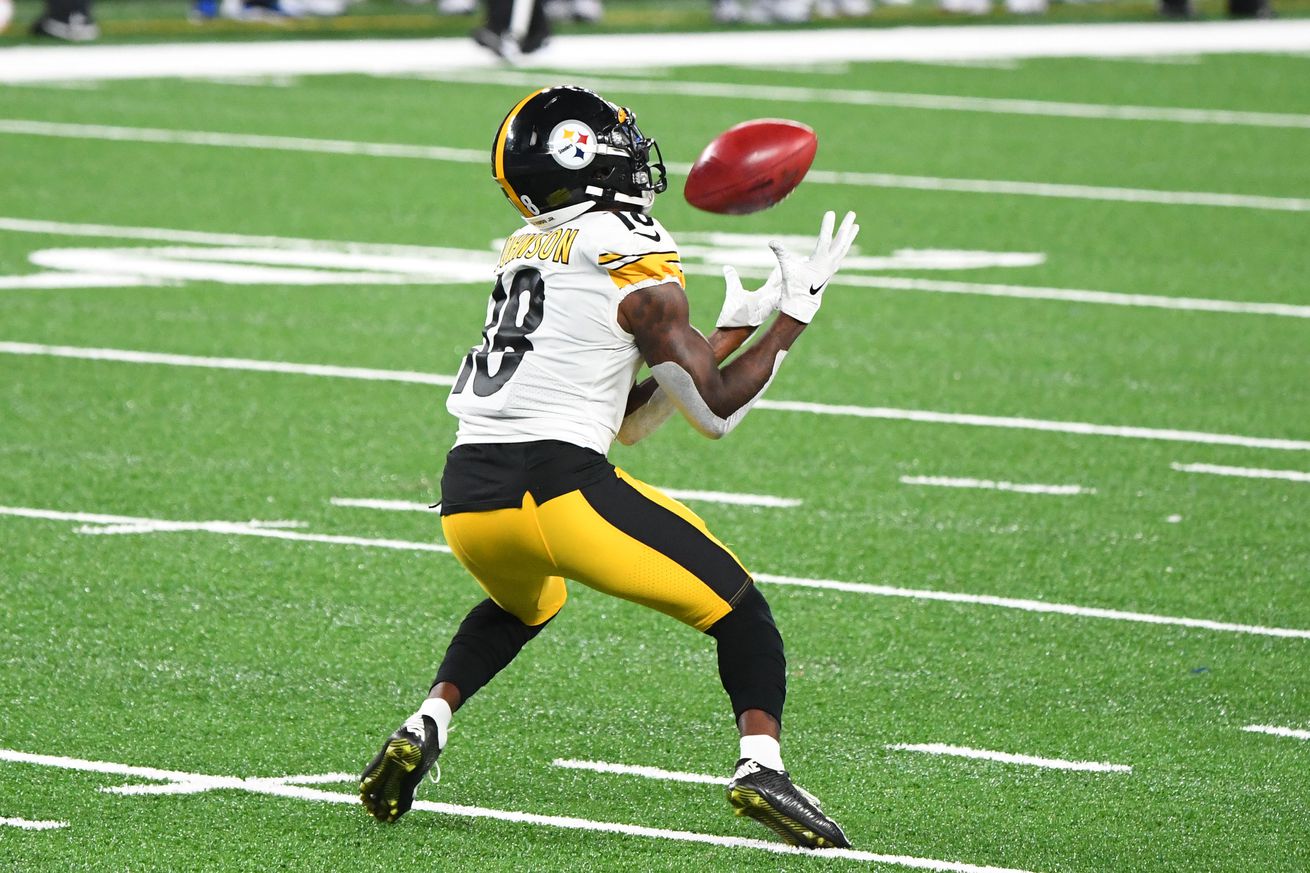 Other than the two injured players, the remaining four players have only been active for one total game.

The Pittsburgh Steelers have released their inactives for their Week 6 game against the Cleveland Browns. With two players ruled out due to injury, and the Steelers elevating wide receiver Deon Cain off of the practice squad giving them 54 players on the roster, the list is made up of 6 players, 4 of which are healthy scratches.

The two players who were already known on Friday to be inactive for Week 6 are guard David DeCastro and wide receiver Diontae Johnson. Decastro did not practice all week with his abdominal injury and there was little surprise to his unavailable. As for Johnson, it was hopeful he could return from his back injury after practicing in a limited fashion on Thursday. Unable to practice Friday, Johnson will need another week before returning to the field.

Three players who have been on list every week in 2020 are Josh Dobbs, Carlos Davis, and Zach Gentry. For obvious reasons, Dobbs should be inactive each week with a healthy quarterback room. For Davis, it looks as if he would need one of the five active defensive linemen to have an injury for him to have a helmet. In the case of Zach Gentry, it seems the Steelers are content with only two tight ends for the time being.

The final player on the inactive list for the Steelers is linebacker Ulysees Gilbert III. After being active in Week 5 with Marcus Allen out due to injury, Gilbert returns to the sideline after seeing 13 special teams snaps against the Philadelphia Eagles.

As for the Browns’ inactives, they can be seen below. Players who had previously been ruled out were safeties Ronnie Harrison and Karl Joseph as well as guard Wyatt Teller and linebacker Jacob Phillips. All the players who were questionable for the Browns on Friday such as Baker Mayfield, Odell Beckham Jr., and Jarvis Landry are all active. There are 6 players on the Browns’ list as they elevated safety Elijah Benton from the practice squad on Saturday.