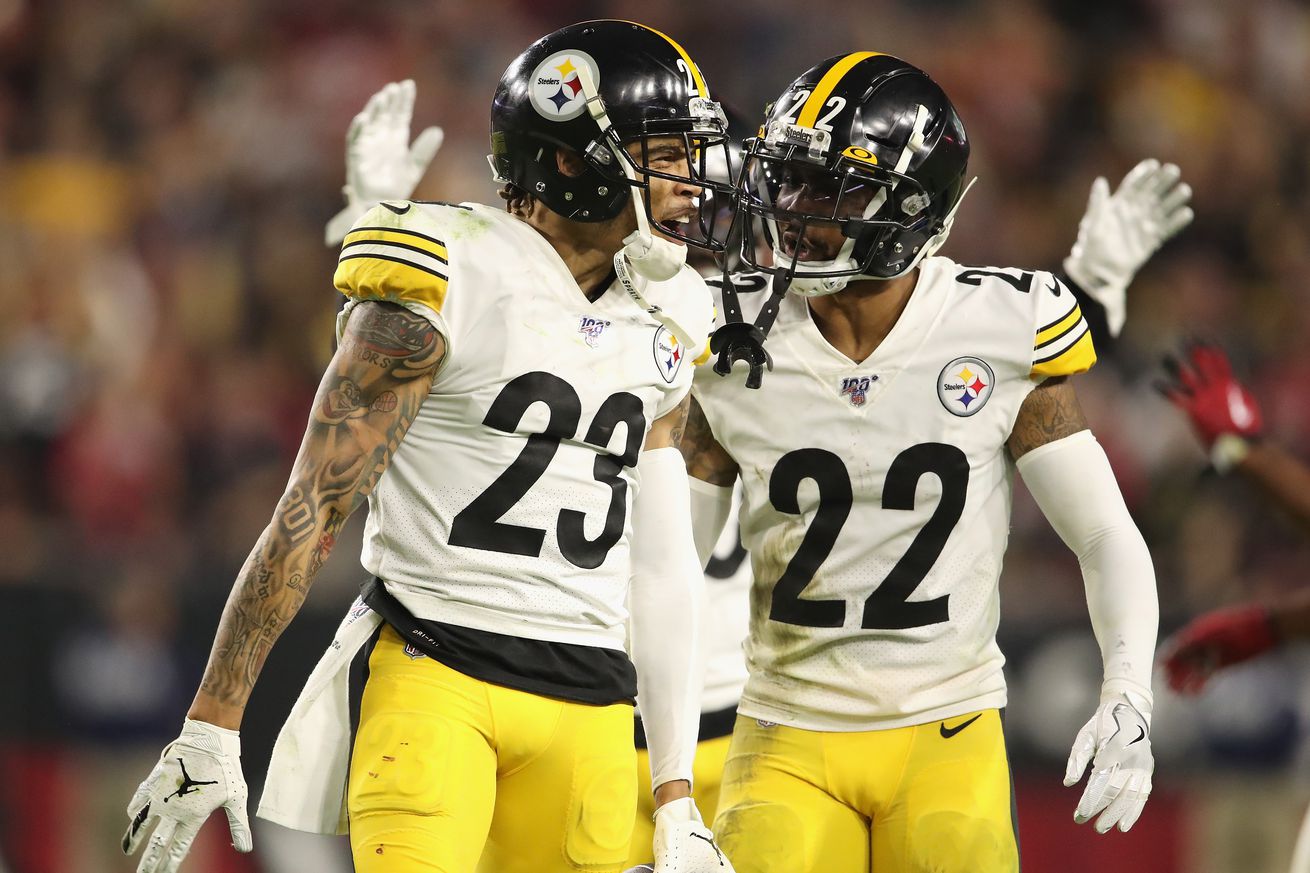 The Pittsburgh Steelers have one of the best secondaries in the league, but Pro Football Focus doesn’t necessarily agree.

The biggest knock on the Pittsburgh Steelers organization dating back to Bill Cowher’s tenure with the team is a porous secondary.

Under Mike Tomlin it has been more of the same. Swing and miss draft picks and the Achilles heal always been the back end of the defense.

But in 2019 that all changed. It started with the free agent acquisition of Steven Nelson, and was emphasized even more with the trade with the Miami Dolphins for safety Minkah Fitzpatrick.

Now, Steelers fans have lofty expectations of the secondary, but does the national media buy into the same hype as the black-and-gold faithful?

The latest website to put their spin on the debate would be none other than Pro Football Focus. The folks at PFF put out their latest CB Rankings and it may leave Steelers fans scratching their heads a bit. Out of 25 players, here are the Steelers who made the lost, and PFF’s reasoning for the rankings.

Steven Nelson produced a breakout 2019 campaign in Pittsburgh. His 80.5 overall PFF grade ranked inside the top 10, and he showed that he could mix it up with the best of them and win despite being a little undersized for the NFL. Nelson allowed just one touchdown all season, and that came in Week 1 against the Patriots and Josh Gordon. Nelson allowed only 51.5% of passes thrown his way to be caught and didn’t surrender 100 receiving yards in any single game last year.

Injury derailed Joe Haden’s career after an outstanding start in Cleveland, and he was in the wilderness for long enough that his resurgence with the Steelers may have flown heavily under the radar for some. He had 10 pass breakups and five interceptions while allowing just 53.2% of passes thrown his way to be caught in 2019. Over the past two years, he has been beaten for just 10.3 yards per catch. He has also been penalized fewer than six times for five straight seasons, with only three coming in 2019.

Mike Hilton has quietly been one of the best slot corners in the league, giving the Steelers a very underrated and unheralded group of corners. Hilton may be a small step behind the best slot defenders in the league, but only Desmond King and Nickell Robey-Coleman have a higher PFF grade when lined up there (83.6) over the past three seasons. Hilton has the second-best forced incompletion rate from the slot over that time and one of the lowest completion rates allowed.

What do you think of these rankings? Think someone like Nelson should be ranked higher? Do you feel he is a Top 10 cornerback in the league?

Here were the Top 10, according to PFF:

Ultimately, these rankings mean nothing, but they are good for some debate. Sound off about it in the comment section below, and be sure to stay tuned to BTSC for the latest news and notes surrounding the Steelers as they prepare for the 2020 regular season.