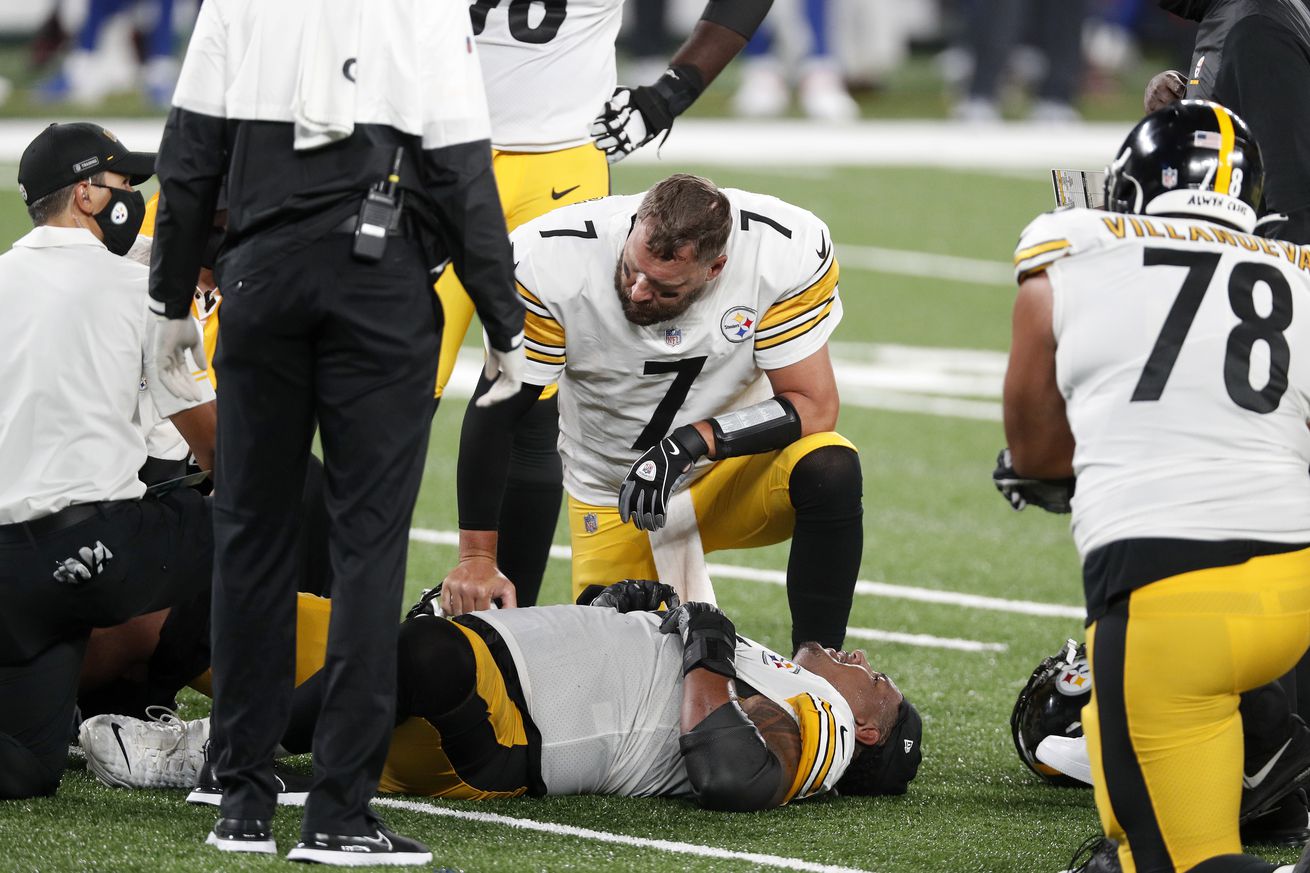 There’s always so much to talk about when it comes to the Pittsburgh Steelers. But the narrative is always changes. To quote the late, great Rowdy Roddy Piper, “Just when you think you’ve got all of the answers, I keep changing the questions”. Well the inquiries surrounding the black-and-gold are definitely ever-evolving. Especially this week with the Steelers nearly surrendering a 17-point lead to the Philadelphia Eagles. With the 4-1 Cleveland “Brahns” coming to “tahn”, BTSC tries to answer some of the poignant wonderings ahead of time. Take a gander at some bold statements on this and more as we label them as fact or fiction.

The offensive line can’t handle many more losses to injury

The Steelers lost Zach Banner for the season and Stefan Wisniewski was lost for an undetermined amount of time in Week 1. Chukwuma Okorafor and Kevin Dotson then assumed their respective roles, as well as Jerald Hawkins rejoining the team to fill the eligible tight end role of Chuks. David DeCastro returned in Week 2, but was injured again against Philly. Maurkice Pouncey went out late in the win and may return Week 6, but it’s J.C. Hassenhauer if not. The line is doing a great job protecting Ben Roethlisberger and not bad opening lanes for running backs. But it can’t continue to sustain injuries to the unit. An OT is probably a front runner for the Steelers No. 1 pick in 2021, but that won’t help on the team’s Super Bowl quest in 2020. The Steelers need to stop the bleeding or aching or this season could turn on a dime with no bye to help.

It really does. What was the Eagles, Browns, Bye, Ravens and Cowboys is now the Browns, Titans, Ravens and Cowboys. What was teams with a combined record of 11-8 and a week of rest is now four games straight of 14-5 teams. This stretch can make or break the Lombardi hopes of the Steelers. The great feeling of 4-0 could be eviscerated in a hurry if the Steelers are anything worse than 6-2. Actually, in a season like 2020, 7-1 is probably the worst record you want with top and bottom-heavy standings.

Le’Veon Bell back in the Burgh was never going to happen. I don’t think it was a question of animosity on either side of the equation, I just feel that the Steelers didn’t see a need to bring back their former second-round sensation and that Bell wanted to go into more of a welcome environment. If Art, Kevin and Mike had decided to welcome “Juice” back with open arms, I would have embraced it. But the Le’veon ship sailed and the port was not at the confluence of the Ohio, the Susquehana and the Monongahela. Instead Lev starts fresh in Kansas City, where he could be lethal.

The Steelers are wealthy with pass catchers for Ben Roethlisberger to throw to. But “Seven”has loved big targets since his connection with Plaxico Burress during his rookie campaign. This is not to diminish the continued importance of JuJu Smith-Scuster, Diontae Johnson, James Washington and Ray Ray McCloud. But now that trust and rapport has surely been established with the rookie from Notre Dame after his four touchdown extravaganza against Philly, look for 7-11 to remain open as a favorite hangout.

Right now, Aaron Rodgers and Russell Wilson seem to be front-runners for the league MVP award with a quarter of the season gone. Ben Roethlisberger would definitely be in the equation with ten touchdowns vs. one interception. But I truly don’t think the NFL and media would ever put No. 7’s name on that honor regardless of how great of a season Benjamin Todd Roethlisberger has.