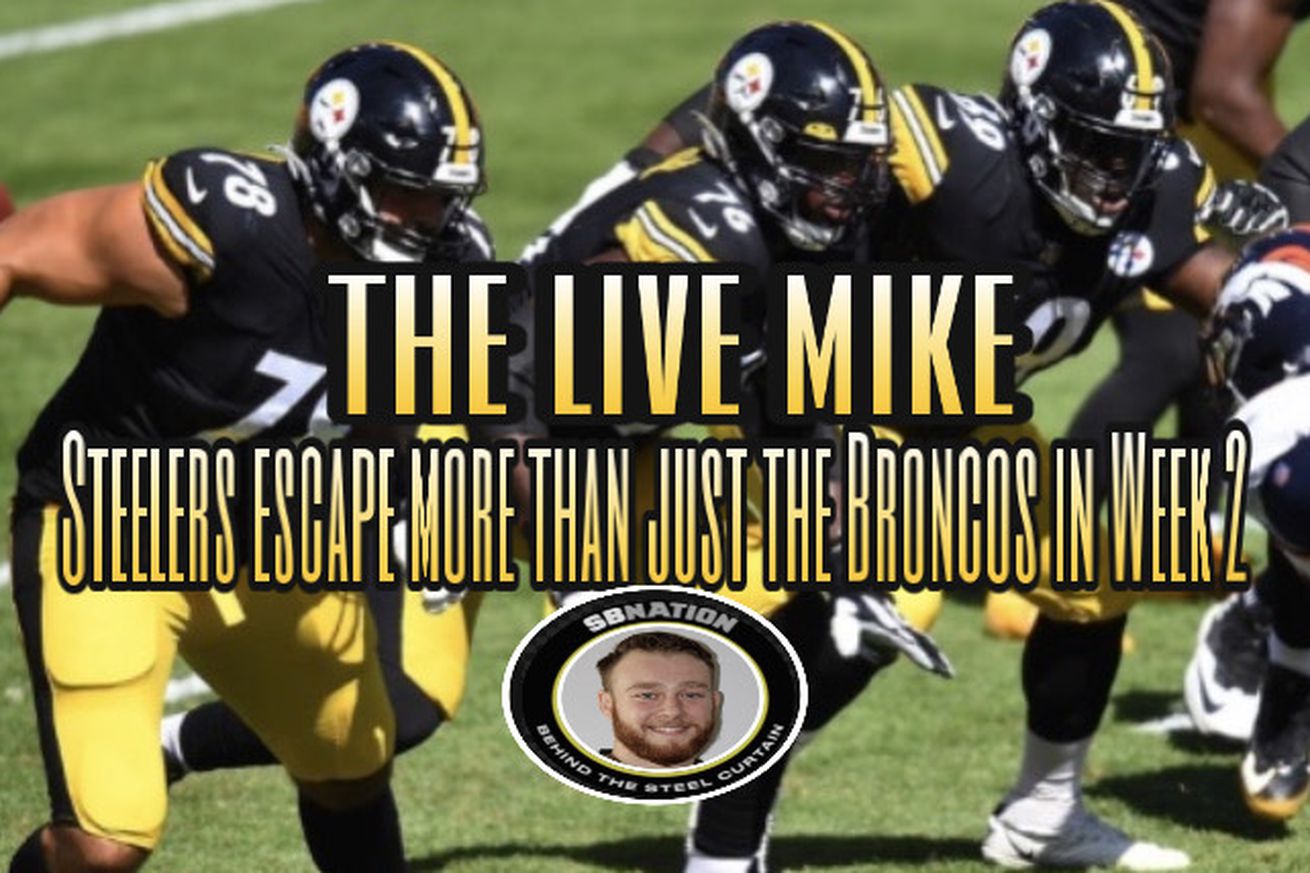 In the latest podcast on the BTSC family of podcasts, we talk about some burning topics surrounding the Pittsburgh Steelers home opener against the Denver Broncos.

The Denver Broncos proved to be a much more of a difficult opponent in Week 2 then originally prognosticated by many around the football world. The Steelers ended up defeating the professional football team from Colorado by the score of 26-21. It sure wasn’t an easy feat though. After leading by fourteen points, the Steelers were fortunate to escape. With the rash of season-ending injuries that popped up all over the National Football League in Week 2, Pittsburgh was lucky to escape that disaster as well. Join BTSC Deputy Editor Michael Beck as he takes you through the ins-and-outs of the home opener on The Live Mike. As a part of BTSC’s new fall lineup, The Live Mike becomes a studio show on our morning podcast platform every Tuesday.

Be sure to check out all episodes on the following platforms: