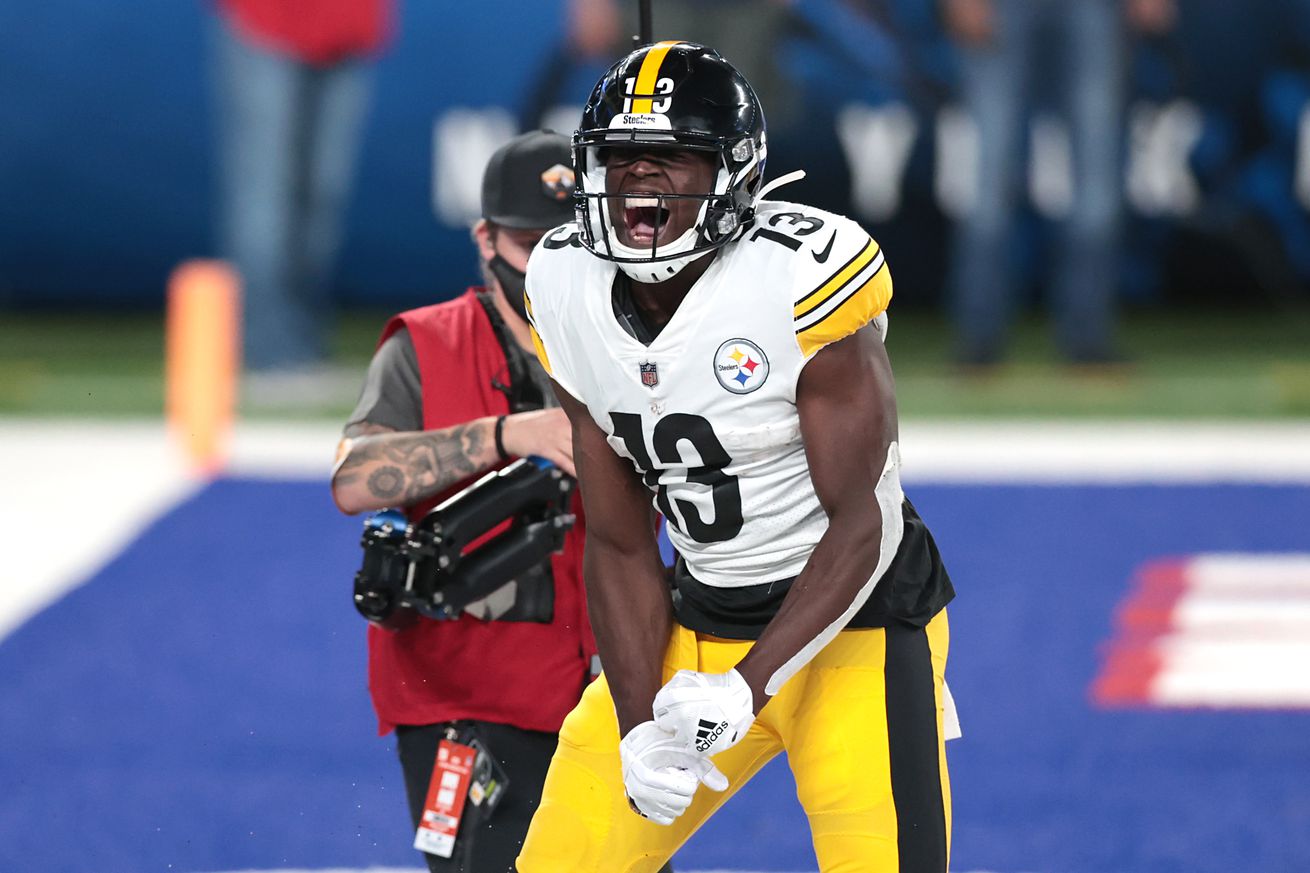 The Pittsburgh Steelers have shot up the latest Power Rankings after their 26-16 win over the Giants in Week 1.

The Pittsburgh Steelers, along with the rest of the NFL, are coming off the first week of a journey which has never been done in the history of the game. Playing games amidst a global pandemic.

The league has done tremendous work with protocols and adjustments to make sure this season goes off without a hitch, and while many didn’t think it was possible, here we are with the season opening week in the rear view mirror, and all 32 teams going full steam ahead into Week 2.

Who do the experts think will be the team to beat this season? Power Rankings are one way to decipher who they like, or don’t like, at any particular juncture of the season. Heading into Week 2, there is a lot which can be expected. The Chiefs and Baltimore Ravens find themselves near the top of most rankings, while the Tampa Bay Buccaneers or Green Bay Packers are everyone’s favorite now in the NFC.

Where do the Steelers fall? Well that depends. Some see the black-and-gold as a Top 10 team, while other see them on the outside looking in. Take a look at some of the Power Rankings below, and be sure to let us know what you think of the rankings in the comment section below!

1. Kansas City Chiefs
2. Baltimore Ravens
3. Green Bay Packers
4. New Orleans Saints
5. Tennessee Titans
6. Buffalo Bills
7. Pittsburgh Steelers
“A hugely promising start to the season for the Steelers, who got a vintage Ben Roethlisberger start in his return from elbow surgery, a 100-yard rushing day from Benny Snell and a smothering performance from the front seven, which limited Giants star Saquon Barkley to 6 yards on 15 carries. Big Ben’s return stands out, however: He shook off some early rust to throw for 229 yards and three touchdowns without a turnover. We wondered last year how far the Steelers could go if they combined their world-beating defense with strong quarterback play. We’re about to find out.”
8. Seattle Seahawks
9. San Francisco 49ers
10. Los Angeles Rams

1. Kansas City Chiefs
2. Baltimore Ravens
3. New Orleans Saints
4. Seattle Seahawks
5. Green Bay Packers
6. San Francisco 49ers
7. Buffalo Bills
8. Tennessee Titans
9. New England Patriots
10. Los Angeles Rams
…
11. Pittsburgh Steelers
“The Steelers spent training camp hyping up the second-round pick from Notre Dame, who delivered on his first catch Monday. Claypool got started with a 28-yard, toe-tapping reception to keep a drive alive on third-and-long. He followed that with an 11-yard catch to open the fourth quarter, helping set up a 36-yard field goal. The Steelers drafted him to be a big, athletic target for Ben Roethlisberger, and though he had only two catches on two targets in his debut, he was exactly that.”

1. Kansas City Chiefs
2. Green Bay Packers
3. New Orleans Saints
4. Pittsburgh Steelers
“It took them a little time to get going, but once they did they rolled against the Giants. Ben Roethlisberger looked good once he got past the early part of the Giants game. The defense is nasty.”
5. Baltimore Ravens
6. Buffalo Bills
7. Seattle Seahawks
8. Arizona Cardinals
9. San Francisco 49ers
10. Tampa Bay Buccaneers

1. Kansas City Chiefs
2. New Orleans Saints
3. Baltimore Ravens
4. Seattle Seahawks
5. Pittsburgh Steelers
“This is such a fun defense to watch. They gave up a couple of long drives against the Giants, but every few snaps there would be a handful of defenders in the backfield at once or three guys waiting in the area of an intended pass. Ben Roethlisberger’s return significantly raises the team’s floor, but the defense is what gives them a high ceiling.”
6. Green Bay Packers
7. New England Patriots
8. Buffalo Bills
9. Los Angeles Rams
10. Arizona Cardinals