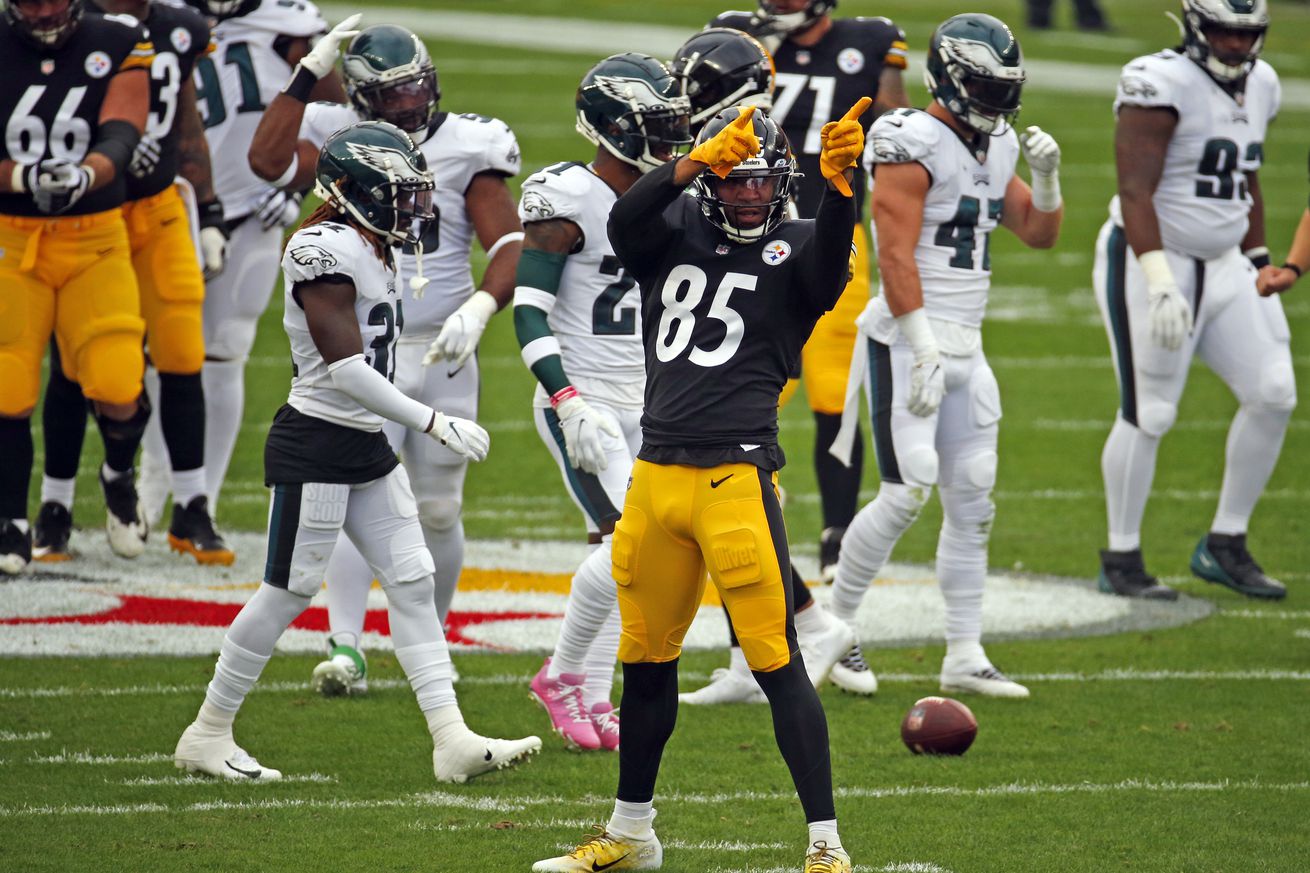 The Pittsburgh Steelers continue their ascension up the Power Rankings heading into Week 6.

The Pittsburgh Steelers, along with the rest of the NFL, are coming off the fifth week of a journey which has never been done in the history of the game. Playing games amidst a global pandemic.

The league has done tremendous work with protocols and adjustments to make sure this season goes off without a hitch, but even the best laid plans can have their bumps in the road. The Steelers experienced that first hand with an unexpected bye week after the Titans’ outbreak forced their Week 4 game to be moved.

Who do the experts think will be the team to beat this season? Power Rankings are one way to decipher who they like, or don’t like, at any particular juncture of the season. Heading into Week 5, there is a lot which can be expected. The Chiefs and Baltimore Ravens find themselves near the top of most rankings, while the Seattle Seahawks or Green Bay Packers are everyone’s favorite now in the NFC.

Where do the Steelers fall? Well that depends. After a fast start, almost everyone sees the black-and-gold as a Top 10 team. Take a look at some of the Power Rankings below, and be sure to let us know what you think of the rankings in the comment section below!

1. Green Bay Packers
2. Kansas City Chiefs
3. Baltimore Ravens
4. Pittsburgh Steelers
“The Steelers are 4-0 for the first time in 41 years (how is this possible?) and Chase Claypool has officially arrived as the organization’s latest bull’s-eye hit at wide receiver. Claypool, the second-round pick out of Notre Dame, flashed his playmaking ability in Pittsburgh’s first three wins, but he exploded on Sunday with four touchdowns in a 38-29 win over the Eagles. Like Mike Wallace, Antonio Brown, Martavis Bryant, JuJu Smith-Schuster, James Washington and Diontae Johnson before him, Claypool’s arrival shows off Pittsburgh’s uncanny ability to find first-round-caliber talent outside the top 32 picks of every draft class. It’s no coincidence why certain teams remain competitive year after year.”
5. Tennesee Titans
6. Seattle Seahawks
7. Buffalo Bills
8. Los Angeles Rams
9. Cleveland Browns
10. New Orleans Saints

1. Seattle Seahawks
2. Green Bay Packers
3. Kansas City Chiefs
4. Baltimore Ravens
5. Buffalo Bills
6. Pittsburgh Steelers
“Biggest weakness: The deep ball
Ben Roethlisberger is off to a solid start with 10 touchdown passes, one interception and a 67% completion rate. But one crucial thing is missing from his arsenal: the deep ball. It’s not that Roethlisberger can’t get the ball down the field after elbow surgery; it’s that he is missing his receivers. Big Ben has the highest off-target rate (59%) and fourth-worst completion rate (24% for 4-of-17) on throws 20-plus yards downfield this season, per ESPN Stats & Info data. The veteran quarterback joked after Sunday’s win that maybe the surgeons gave him too much arm strength.”
7. Los Angeles Rams
8. Tennessee Titans
9. New Orleans Saints
10. Cleveland Browns

1. Seattle Seahawks
2. Kansas City Chiefs
3. Pittsburgh Steelers
“The Steelers wanted to make amends for their injury mess of a playoff-less team when they had an elite defense and not much else. Ben Roethlisberger is back on a mission, re-armed with more weapons and a healthy, effective running game with James Conner. Pittsburgh is starting to show few weaknesses as it redevelops into a complete contender.”
4. Baltimore Ravens
5. Buffalo Bills
6. Green Bay Packers
7. Los Angeles Rams
8. Tennessee Titans
9. Cleveland Browns
10. Tampa Bay Buccaneers