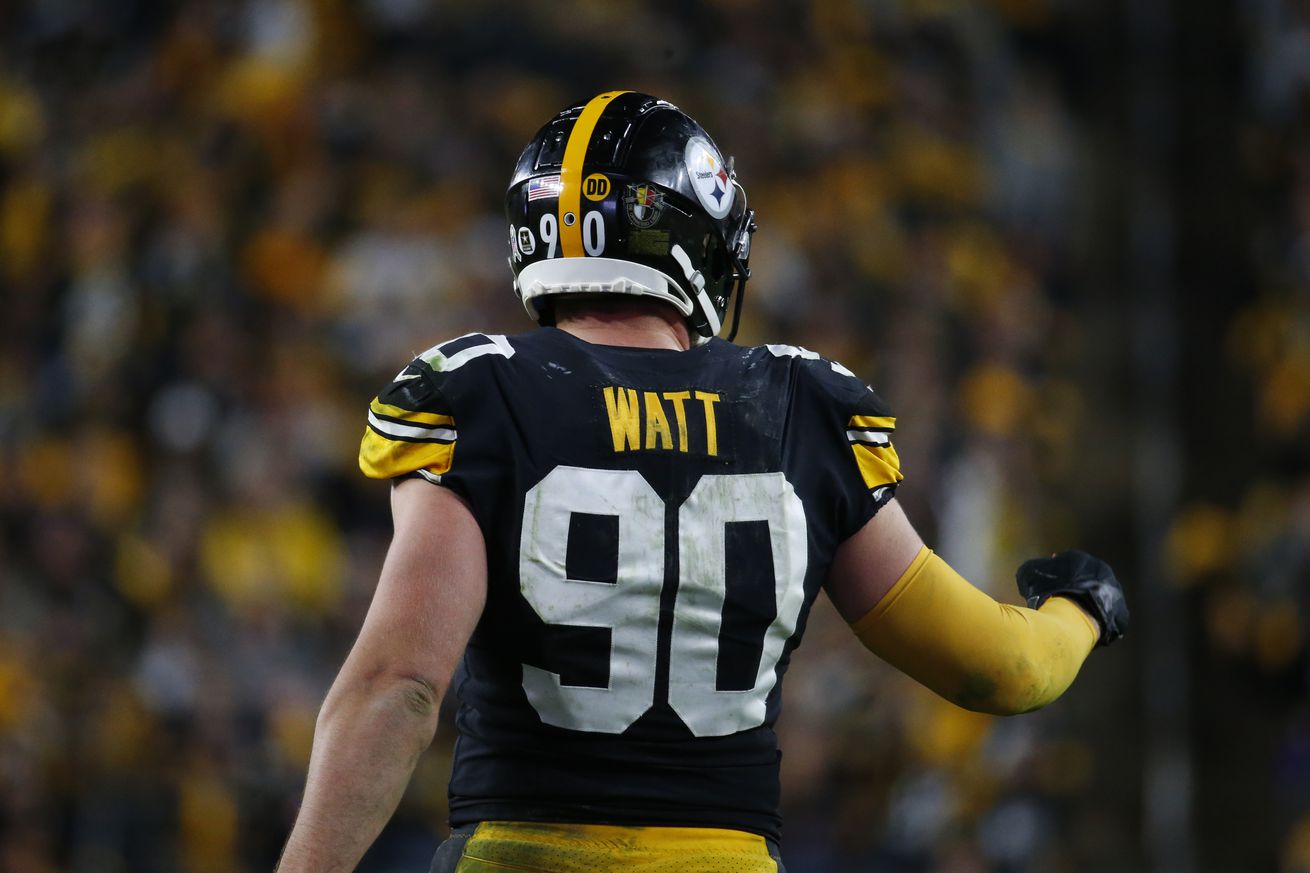 Predicting the awards from MVP to rookie of the year.

The start of the 2020 NFL season is right around the corner. Final rosters are about to be set, position battle winners will be named, captains will be picked, and the season will begin. But who will be the top players of 2020 won’t be determined until seasons end, so today we will predict the players that will be recognized with team awards.

Break Through Player of the Year: Diontae Johnson

Diontae Johnson exploded onto the scene in his 2019 rookie season. Leading all rookies in receiving yards as well as earning second team All-Pro honors you might think how could Johnson break out more than he already has. But Johnson has continuously been overlooked amongst second year wide receivers like A.J. Brown, Deebo Samuel, or DK Metcalf. With the return of Ben Roethlisberger at the helm of the offence don’t be surprised if Johnson cracks 1,000 receding yards in 2020.

Stephon Tuitt is also considered here but Ben Roethlisberger is the favorite to walk away with the CPOTY award across the entire NFL. This team will only go as far as Big Ben takes them. He is the key to the team being a Super Bowl contender or not and I believe Ben will lead his team back into the playoffs and raise this trophy at the NFL honors show this coming February.

In 2017 Chris Boswell was Mr. Clutch kicking multiple game winning kicks as time expired. In 2018 Boswell hit a bit of a wall, but last season the ‘Wizard of Boz’ a return to form. Boswell is still one of the best kickers in the NFL today and will see a lot more opportunity to take game winning kicks behind an offense that will score a whole lot more than what it did a season ago.

Boswell is the easy pick for this award.

Rookie of the Year: Chase Claypool

Something that we need to keep in mind when it comes to the Steelers rookie of the year award is playing time. Alex Highsmith projects to be the teams fourth pass-rusher, Kevin Dotson will be a primary back-up, Anthony McFarland Jr. will get rotated in the offense sporadically, and either Brooks or Davis will struggle to just make this team. That leaves Chase Claypool as the player who should see consistent playing time this season. Sure it’s the easy choice to take the guy drafted by the team first but it’s unrealistic to expect anyone else to tae the award.

Plus Claypool has by all accounts had one of the best training camps out of every player on the roster.

The Steelers no longer have a superstar running back or wide receiver, yardage and scoring will be spread around pretty evenly amongst the entire offense. That means the pressure is on man in the middle to distribute the ball. This is Roethlisberger’s team and I fully expect this to be Big Ben’s year.

We are taking the NFL awards approach to the Steelers DPOY award winner, making it a different defensive player than the team MVP.

Minkah Fitzpatrick completely changed this defense when he arrived in Week 3 a season ago. With a full season and his first training camp in Pittsburgh under his belt I only expect greater things from the third year safety. Fitzpatrick snagged six interceptions and scored two touchdowns I can only imagine what he can do a full year in the system, A huge season is incoming for Minkah Fitzpatrick.

The Steelers MVP from 2019 will again earn that honor in 2020. T.J. Watt has improved each year of his three year career, and if that trend continues the youngest Watt brother should walk away with the NFL Defensive Player of the year award. Watt is a force and has refined the ability to punch out the football to such a level that I would consider it an art. T.J. is the organizations best player and in 2020 he very well cement himself as the best defensive player in football.

What do you think? Did I get it right? Who do you expect to win these awards in 2020? Let us know down in the comments below!