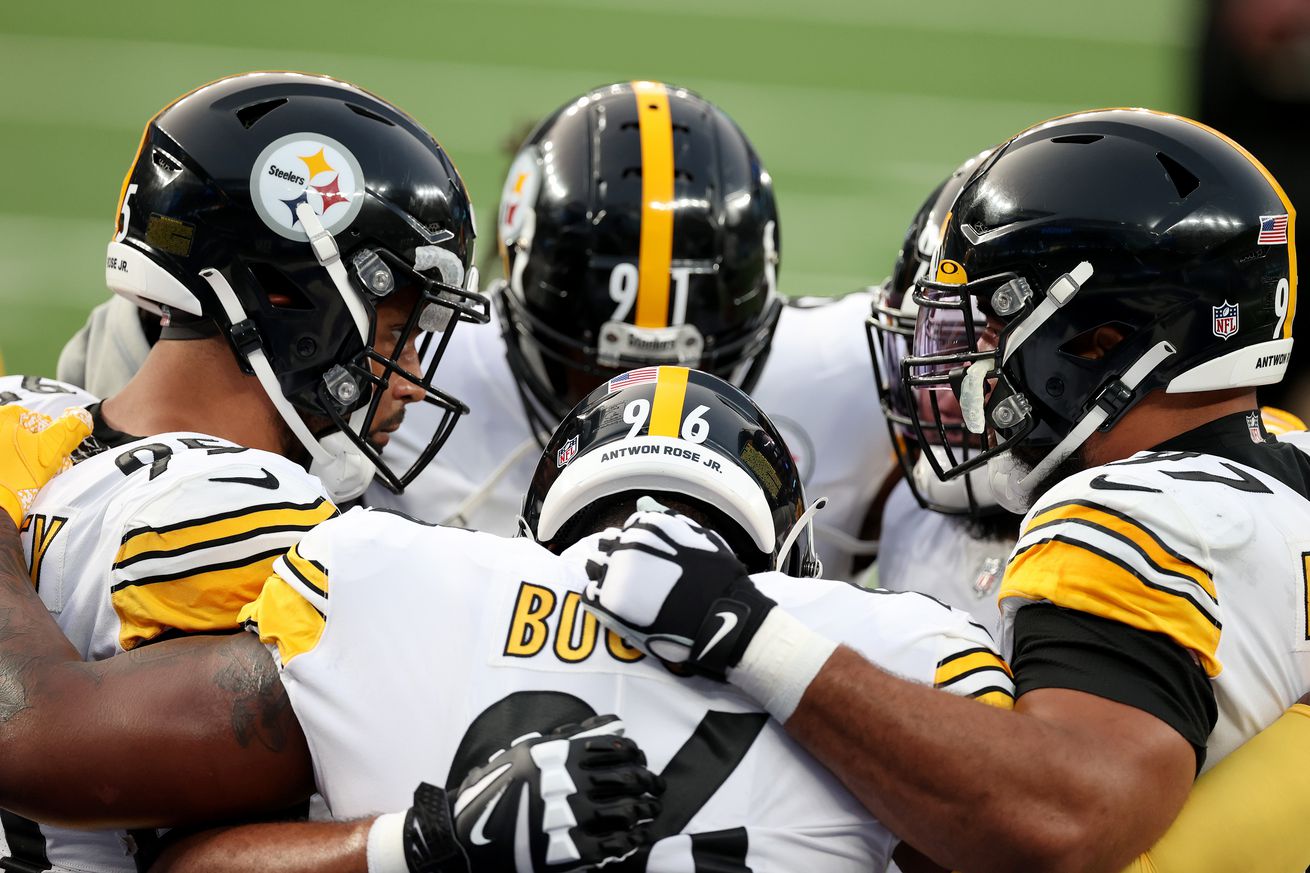 Between illness and the COVID-19 list, figuring out who is going to be inactive Sunday against the Bengals is no easy task.

The Pittsburgh Steelers are finally back at Heinz Field for Week 10, and starting off the second half of the 2020 season strong would keep the Steelers on top of the AFC. Despite their 8-0 record, one slip could cost the Steelers the drivers seat to home-field advantage. Add in the fact the Steelers franchise quarterback spent the week on the NFL’s Reserve/COVID-19 List and there are many unknowns for the matchup with the Bengals. The inactive list for Sunday is just another unknown to add to the rest.

NOTE: If there is a change to the projected number of inactive players after the release of the projected inactives, it will be updated to reflect the move. Also, this list is assumed all four players who were eligible to return from the COVID-19 list on Saturday are activeated, which they were.

Here are the possibilities to end up inactive for Week 10:

QB Josh Dobbs– Although it looked like Dobbs could even see some game action early in the week, Steelers’ fans are breathing a collective sigh of relief as Ben Roethlisberger is set to play on Sunday. Therefore, Dobbs goes back to his usual spot on the inactive list.

CB Mike Hilton– Being limited the last two practices, banking on Hilton making his return this week would not be a very wise bet. Add a report from ESPN’s Jeremy Fowler Saturday morning that Hilton isn’t expected to play, it looks like Week 11 might be a better target.

DT Isaiah Buggs– Progressing much in the manner he did for Week 9, I expected Buggs to be a full participant Friday and not show up on the injury report. But with the expected return of Tyson Alualu for Sunday and only being limited on Friday, Buggs could take a week to try to get his ankle right for the Steelers home stretch.

RB Anthony McFarland Jr.– Being questionable for the game due to illness could go either way, but with MacFarland being a rookie and missing two days of practice there is a decent chance he sits this one out.

RB Jaylen Samuels– Not practicing all week due to being on the Covid list, Samuels was a candidate to not dress for Sunday. But if McFarland is still dealing with illness, Samuels could get a helmet by default.

OL Kevin Dotson– Other than only missing just Friday, everything said about Anthony McFarland could be said about Dotson. Missing time as a rookie, and taking extra precautions due to Covid, Dotson may not be on the sideline Sunday.

OL Jerald Hawkins– Change the name McFarland to Dodson, and Hawkins is in the same situation as Jaylen Samuels.

OT Derwin Gray– Although there’s a good chance it could be either Hawkins or Dotson who is held out on Sunday, if for some reason both seem to be the best option for the Steelers, then Gray goes back to his normal position of inactive.

TE Zach Gentry– Vance McDonald is out. He’s the only other tight end on the roster other than Eric Ebron. It would seem crazy for the Steelers to attempt to go with just one.

DT Carlos Davis– If Isaiah Buggs ultimately does play, it would be Davis who would be inactive. There could also be the option of carrying an extra defensive lineman since a couple are dealing with injury. Chances are Davis gets a helmet for a second straight week.

They are just so many things up in the air in forming this list it’s hard to say what’s going to happen. I’m assuming both Hilton and Buggs don’t play due to injury and the Steelers don’t use the players who are dealing with illness. Of course, all four of these players could end up playing on Sunday. It could be just as likely it’s Samuels and Hawkins who don’t play since they were unable to practice all week. Yet another option for the Steelers is to bring up two players from the practice squad and have even more of these players inactive. With the exception of Week 1, this has been the most difficult inactive list to call in 2020.