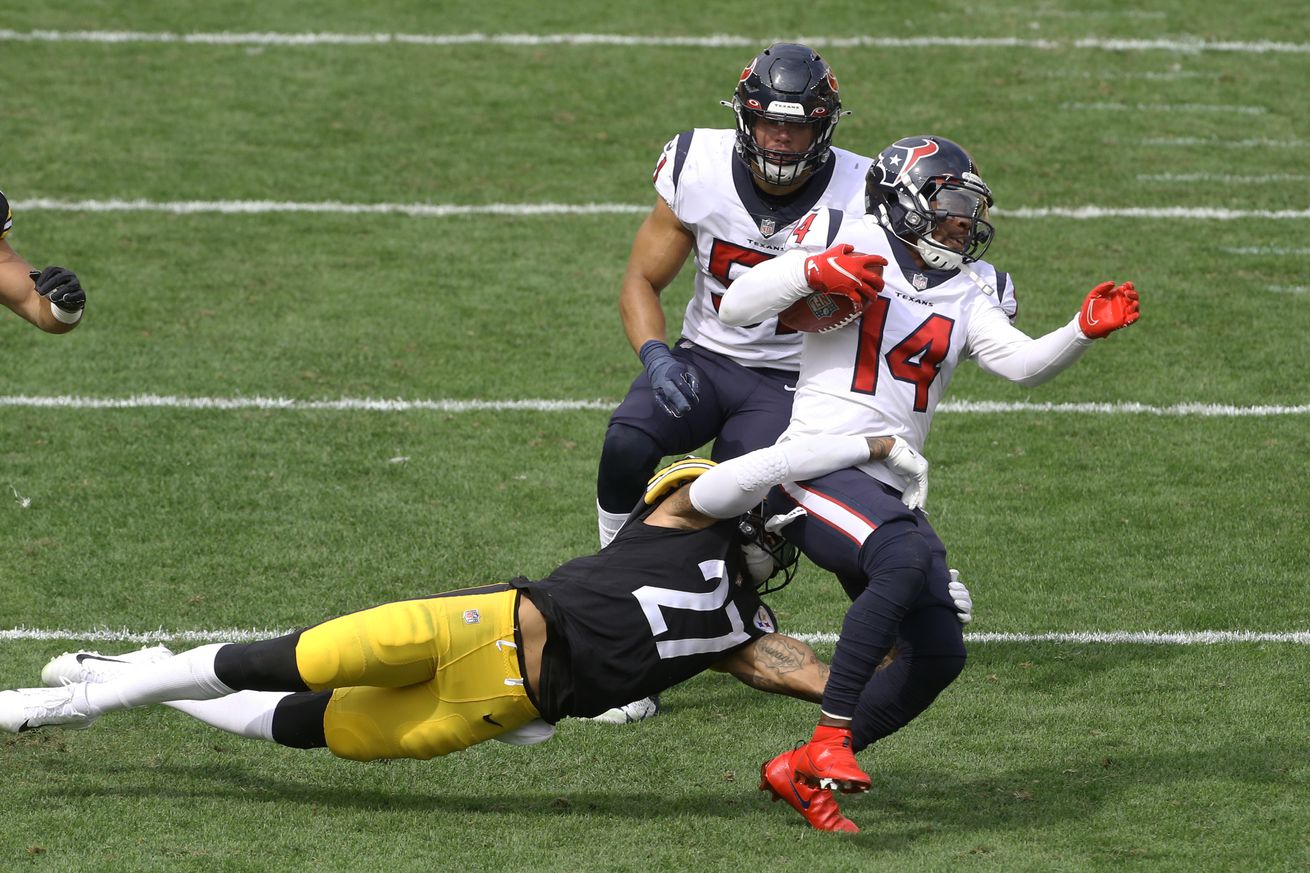 The Steelers have two players ruled out, so the possibility of elevating a player from the practice squad is the biggest question for who will active on Sunday

The Steelers got an extra week to get healthy before facing the Philadelphia Eagles, but unfortunately the two players who were going to miss Week 4 were still unable to go all week and will be out for Week 5. Although they have yet to use the new rule, the Steelers could consider elevating a player from the practice squad for the first time in 2020.

NOTE: If there is an elevation of a player from the practice squad after the release of the projected inactives, it will be updated to reflect the move.

Here are the possibilities to end up inactive for Week 5:

FB Derek Watt– It will be the first game Derek White has missed in his NFL career. With his availability being solid as a rock for his four years with the Chargers, it was one of the biggest selling points of bringing in Watt when it came to those concerned about the Steelers paying so much for a fullback. Hopefully his hamstring can get healed up real soon and this will be the only time he is out.

S/LB Marcus Allen– I’m still confused as to what position I should list Allen. Regardless, he won’t be able to play in either spot on Sunday as he has already been ruled out for the game.

QB Josh Dobbs– Different week, same result. With Ben Roethlisberger back for the 2020 season, it’s really nice to not have to talk about any other quarterbacks.

DT Carlos Davis– It’s really difficult to gauge how the Steelers seventh-round draft pick from the 2020 NFL draft is progressing. But unless someone gets injured, we’ll probably not know this season.

OT Derwin Gray– Two weeks ago I was not sure if it would be Gray or Jerald Hawkins who was the odd man out on game day. Since it was determined in Week 3, I don’t see any reason for it to change.

TE Zach Gentry– If you are counting, there have already been 5 players listed who will probably be inactive Sunday. Does this mean Gentry gets a helmet by default? His chances are good this week unless the Steelers elevate someone from the practice squad.

LB Ulysees Gilbert III– He’s been in active every week in 2020 much to the dismay of many Steelers fans. But with Marcus Allen out due to injury, UG3 looks to slide in and take those special team snaps vacated by the two injured players.

RB Anthony McFarland Jr.– This may be the last time his name ends up in this article unless an injury pops up. After finally getting the ball in Week 3, McFarland shows he needs to have a hat every week.

I felt this list is really easy, but there is still a big decision to be made. Nobody from the healthy scratches stands out as a special teams player. Therefore, Zach Gentry gets the helmet to perhaps help his position group fill the void of no fullback. But if the Steelers choose to elevate a player from the practice squad, like Trey Edmonds who can fill in at fullback in a pinch as well as play special teams, Gentry ends up as the sixth inactive player if one is needed.