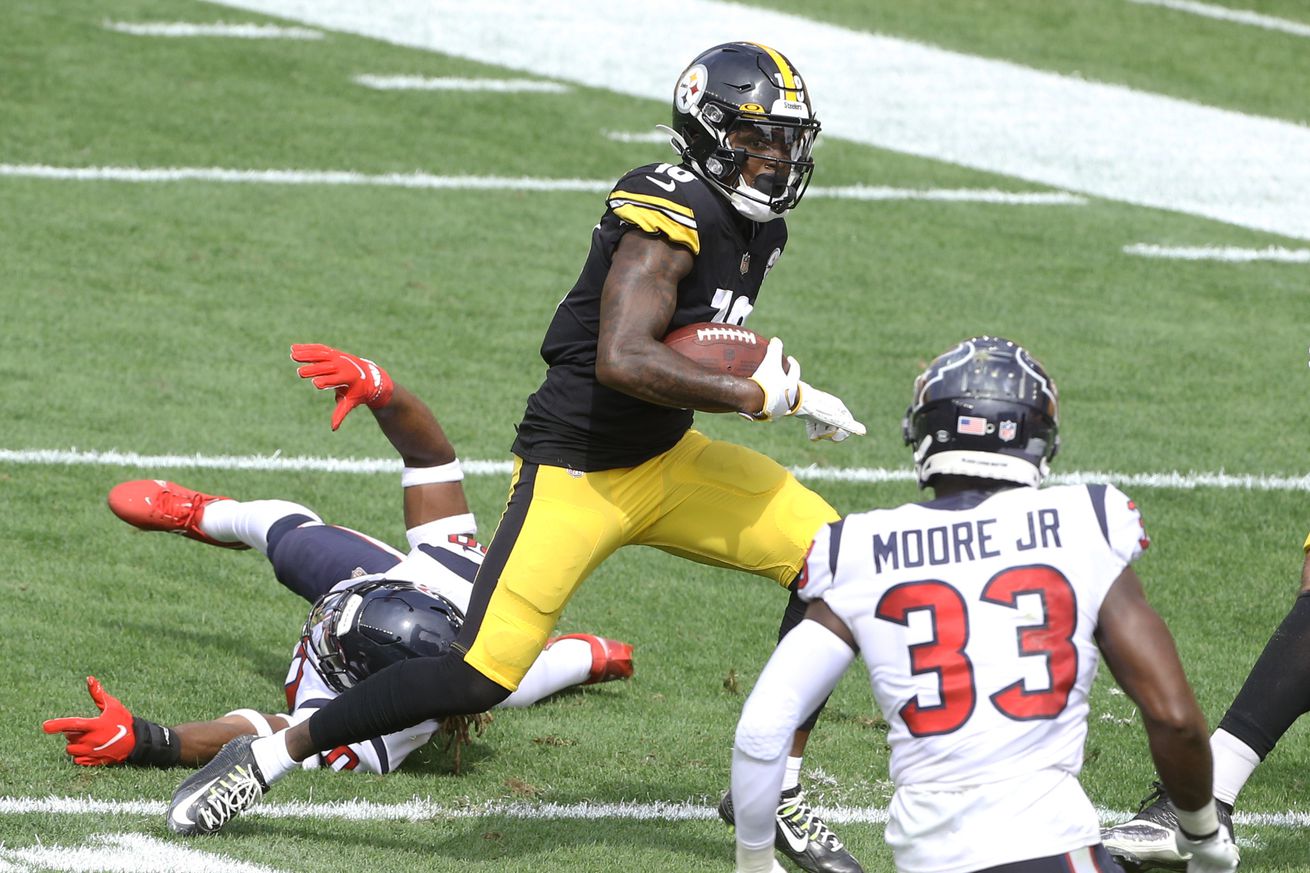 The Steelers have two players ruled out, so an elevation from the practice squad would increase the number of inactive players.

The Pittsburgh Steelers are looking to begin their AFC North showdowns on the right note as they face off against the Cleveland Browns this Sunday at Heinz Field. The Steelers have already ruled out two players, but they are not dealing with nearly as many injuries as the Browns. With the Steelers only carrying four healthy wide receivers this week, I am proceeding with the assumption the Steelers with elevate one player from the practice squad and will have 6 players inactive. My first assumption is it will be wide receiver Deon Cain who gets the call as he was one of the four players on the practice squad the Steelers protected this week.

NOTE: If there is a change to the projected number of inactive players after the release of the projected inactives, it will be updated to reflect the move.

Here are the possibilities to end up inactive for Week 6:

OL David DeCastro– He’s only been active twice in 2020 and one of those games he did not make it out of the first quarter. Luckily for the Steelers, Kevin Dotson has shown he is up to the task filling in for DeCastro.

WR Diontae Johnson– He hasn’t finished two of the Steelers four games this season and won’t even start this one. There are a lot of expectations for Johnson in his second season, but they will have to stay on hold this week as he continues to struggle to remain on the field.

QB Josh Dobbs– It seems Steelers’ Nation is forgetting Dobbs is on the Steelers roster. I saw a question this week on Steelers.com asking if he could be poached off of the practice squad.

DT Carlos Davis– We literally know nothing about the Steelers seventh-round draft pick and probably won’t this season. Unless an injury occurs, he’s probably not going to be active. In fact, I wouldn’t be surprised if there were an injury on the defensive line if there would be an elevation for the practice squad and Davis would still be inactive.

TE Zach Gentry– It’s been two tight ends so far in 2020 for the Steelers, and so far both have been healthy.

LB Ulysees Gilbert III– Active for the first time in Week 5, Gilbert only played on special teams for 13 snaps. Nothing he did stood out too much to make me think he could knock off Marcus Allen on the depth chart.

LB/S Marcus Allen– Yes, he practiced all week and has no injury status. But after Gilbert had the opportunity for one week, it’s not guaranteed Allen goes back to the exact same spot on the depth chart after missing a game.

None. This week is shaping up to be fairly obvious.

As noted at the top, I’m assuming the Steelers are elevating a wide receiver for Sunday’s game so there will need to be six players inactive. Other than the two who are injured, the other four have pretty much been locks each week. Although I would have liked to have seen UG3 do something special against the Eagles and earn a helmet from this point on, I didn’t. Therefore the usual suspects fill out the rest of the list.