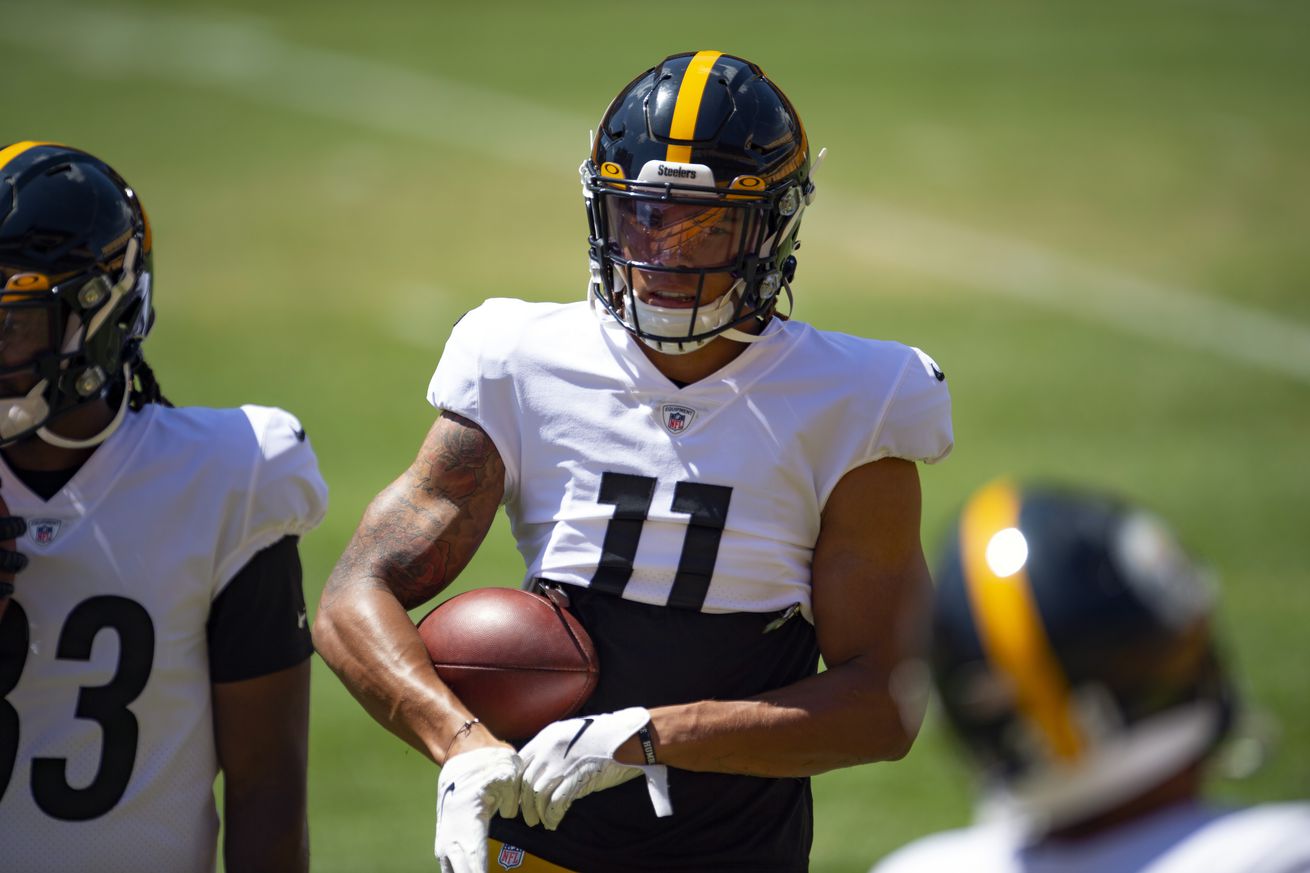 The Pittsburgh Steelers’ offensive coordinator isn’t going to shy away from playing his rookie wide receiver.

People the size of Chase Claypool are not supposed to be that athletic.

To put it another way, Claypool is like a tight end who can run a 4.4 forty. That type of athleticism doesn’t come along every day. Throw in the fact Claypool is intelligent, team-first oriented and willing to do anything, including run block and play special teams, to help his team win and you have yourself a player.

Claypool wasn’t selected in the 2020 NFL Draft until the second round, the Pittsburgh Steelers’ first pick of the selection process, but he may be making teams who took wide receivers before him have some serious regrets.

To be fair, the 2020 wide receiver draft class was one of the deepest in recent memory, but it has been Claypool who has dominated headlines over some of the pass catchers who were selected before him.

Why? Because he has been standing out in a big way during the Steelers’ 2020 Training Camp at Heinz Field.

To date, it has been Claypool who has turned heads, and that includes coaches like offensive coordinator Randy Fichtner. On Thursday, when meeting with media via Zoom, Fichtner spoke about Claypool’s progression, and why he thinks he will see significant reps early in the season.

“Chase [Claypool] is unique physically for the position.” Fichtner said. “I think to his credit, he did the necessary things in the offseason regardless of what. But he didn’t get the chance to do it with us. We didn’t get the chance to work him in the weight room and work him on the grass and do all those type of things, but he learned to be a professional prior to getting here. He came in awesome shape. His body hasn’t failed, and his mind hasn’t failed him because of conditioning.

“He’s got a lot of reps. I think he’s put himself into that talk of being able to be useful early in the season and a lot earlier than you probably would expect based on no offseason for a rookie.”

If fans remember, most rookie receivers in Steelers history didn’t necessarily burst onto the scene. Outside of Mike Wallace and JuJu Smith-Schuster, most take several games, if not years, before they start to contribute to the offense. A large reason why some receivers struggle out of the gate is their relationship with quarterback Ben Roethlisberger. Trust is huge with the future Hall of Famer, but it seems as if Claypool is cracking that code as well.

“I think the unique thing is, as you said, developing rapport. Sometimes, that’s hard to do even when you have an offseason, you know with young players. I think the thing that’s made this exciting this early would be the fact of Chase [Claypool]’s availability. He hasn’t missed a snap. He’s willing, he’s conditioned, he’s physical. He is intelligent. It gives him a chance to get more action, more opportunities.” Fichtner said last week.

“I think that relationship is starting to grow. That’s exciting because that isn’t an easy thing to do early for a young wide receiver. We’ve had many really, really good wide receivers come through here. He’s right in that same mold of work, work, work, shut up. Basically, that’s how he attacks his day, and that’s so neat.”

What should fans expect of Claypool on Monday Night Football in New Jersey? With no preseason to glean information from, that is anyone’s guess. But if Diontae Johnson, who showed up on the team’s injury report Thursday, misses the game it will be a lot easier for Claypool to find the field.

Stay tuned to BTSC for the latest news and notes surrounding the black-and-gold as they prepare for the New York Giants in Week 1 of the regular season.