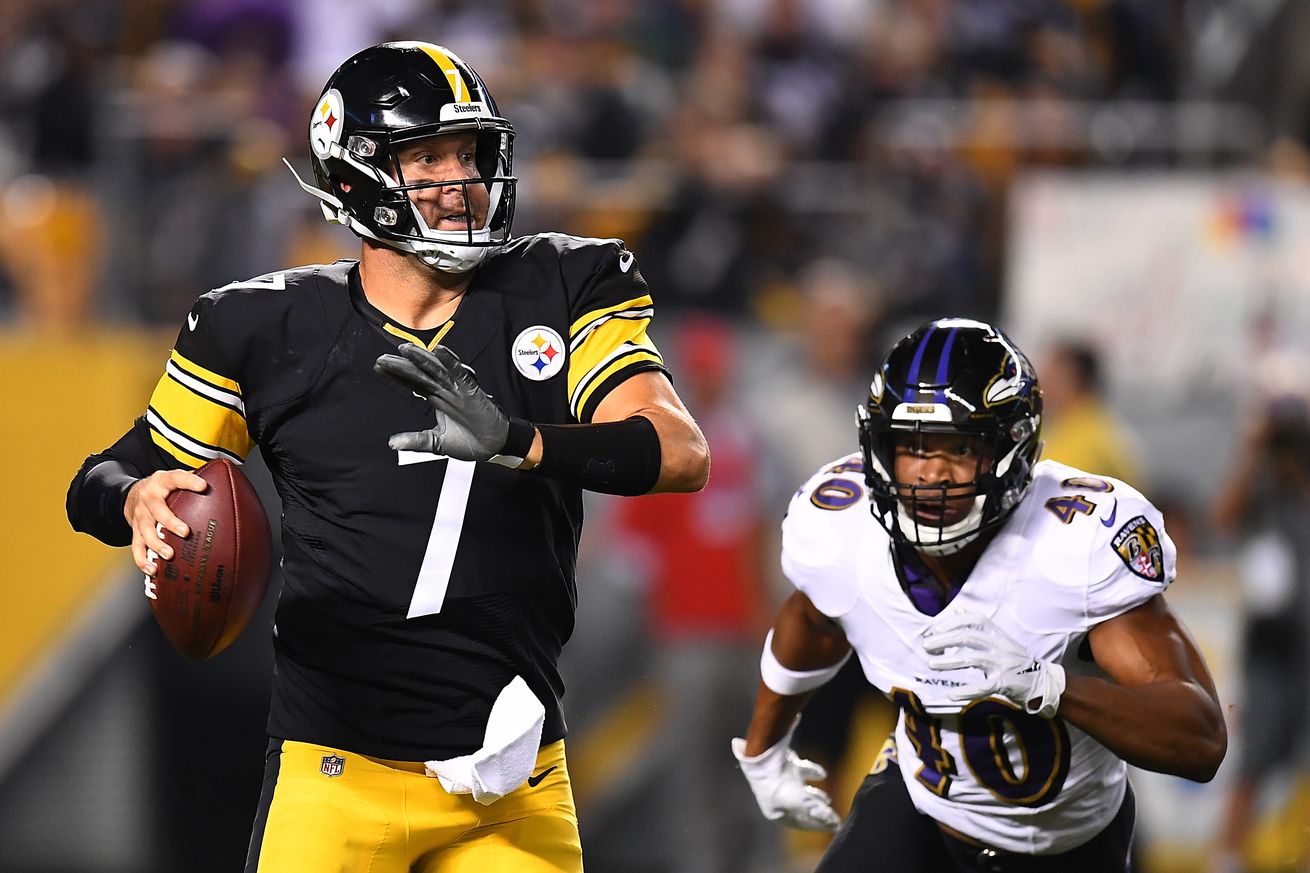 How do your favorite Steelers compare to the rest of the division?

In this upcoming 2020 season, one of the biggest factors in the Pittsburgh Steelers’ success will be how they perform in the AFC North. So, as teams put the finishing touches on their final 53-man rosters and practice squads, I’ve attempted to objectively rank and compare each AFC North teams’ positional groups to the others.

I hate giving Lamar Jackson and the Ravens the top spot in the quarterbak rankings, but Baltimore’s dual-threat phenomenon won league MVP last year while we haven’t even seen Ben Roethlisberger play since his elbow injury. Still, Roethlisberger gets the second spot above Baker Mayfield, who had a disappointing 2019, and Joe Burrow, who is in last place by nature of being a rookie quarterback on a bad team.

Joe Burrow is very good, but playing for the Bengals might stunt his development. Still, I see him as leap-frogging Baker Mayfield at some point this season. Lamar Jackson is due for a bit of a down year after setting the bar so high in 2019, but it remains to be seen if Ben Roethlisberger can take the top spot once again in the AFC North.

The Ravens get the top spot with an insanely deep running back room full of different running styles and loads of talent, led by veteran Mark Ingram. The Browns have another strong group with Nick Chubb and Kareem Hunt, while Cincinnati has one of the league’s most underrated backs in Joe Mixon on their roster. Pittsburgh’s diversity and depth at the running back position rivals Baltimore, but they lack the star power of their divisional foes.

If the Browns can maximize the talent of Chubb and Hunt, there’s a chance they could take the top spot from Baltimore. Behind them, Joe Mixon has a chance at having a big season as the bell cow back for Cincinnati. If James Conner can stay healthy and the young depth behind him impress, there’s a chance the Steelers could climb up the rankings as well. There is a lot of potential among the AFC North’s deep running back group entering this season.

It’s surprisingly hard to rank the AFC North receiver room. The Browns’ Pro Bowl duo of Odell Beckham Jr. and Jarvis Landry end up taking the top spot, but the Steelers young, talented core of wideouts takes second only due to their inexperience. Behind the top two, the Bengals have put together a solid group, but the status of A.J. Green remains an unknown. The Ravens’ wideouts have potential, but don’t look quite as good on paper as everyone else.

There’s a good chance the Steelers take the top spot at some point this season, even though the Browns have the most proven talent as of right now. If A.J. Green can return to old form the Bengals and Joe Burrow could field a dangerous offense. The Ravens’ run-first attack could hurt Marquise Brown and co.’s chance at moving up in the rankings.

The Ravens have the best starting tight end in the AFC North in Mark Andrews, putting them at the top. Pittsburgh has a two-headed monster in Ebron and McDonald, both talented yet inconsistent receiving threats. Cleveland is deep at the position, while Cincinnati is solid but nothing to write home about.

It’s plausible that the Steelers could overtake the Ravens at some point, and the Browns’ tight end room could surprise as well. Overall it’s a tight race for the top spot.

The Ravens might have the best tackle combination in the entire league. Behind them, the Browns invested a lot in big free-agent Jack Conklin and first round pick Jedrick Wills. Alejandro Villenueva of the Steelers is a Pro Bowl talent, but has struggled in recent years, while it looks like late bloomer Zach Banner will be holding down the other side of the line. Jonah Williams is a promising tackle who didn’t play last year due to injury, but the rest of the Bengals’ offensive line is a massive concern.

There’s a chance the Browns’ big gamble on tackles won’t pay off, meaning the Steelers have a chance at overtaking them in the rankings. At the top and bottom, the Ravens and Bengals look cemented in their spots entering this season.

The Steelers take the top spot with two Pro Bowlers in Pouncey and DeCastro, along with the underrated Matt Feiler and some excellent depth in Stefen Wisniewski. Despite losing Marshal Yanda to retirement, the Ravens still have an above-average interior line, with the Browns not far behind. The Bengals offensive line continues to be weakness for the team.

The Steelers’ interior line isn’t getting any younger, and the younger Ravens could overtake them this season. The Browns’ could be a contender as well. Once again, the top three is rather close, while the Bengals are on the outside looking in.

The Steelers come out of the rankings with the top interior offensive line in the division by a small margin, and in a respectable spot nearly everywhere else.

Does this article seem familiar? An edition was published after the 2020 NFL draft, which you can view here to see how AFC North rosters have changed since April.

Stay tuned to BTSC for more Steelers coverage, including part 2 of this series.