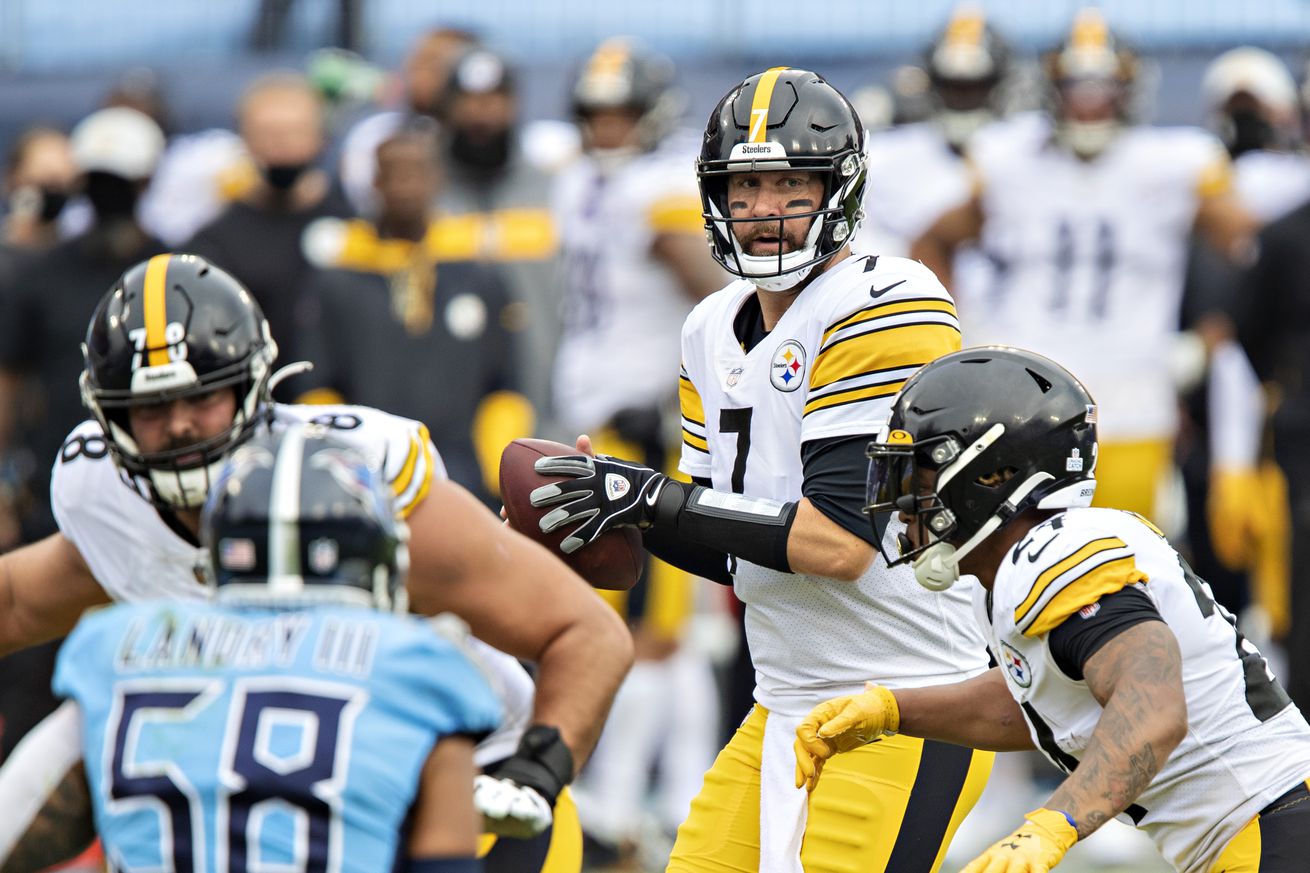 No quarterback gets rid of the ball faster than Ben Roethlisberger, and the Ravens are preparing for that in Week 8.

There was a time when the Baltimore Ravens, when preparing for the Pittsburgh Steelers offense, would be focused on stopping Ben Roethlisberger’s big play ability and taking him down when you make contact.

While those two facets of this matchup can still be true, the Steelers’ offense isn’t the same as those classic matchups when Roethlisberger would run around and eventually find a man downfield for a big gain.

In fact, Roethlisberger is getting the football out of his hands faster than anyone in the NFL right now, and the Ravens have taken notice to this new style offense.

“When you look at the analytics on it, it’s a fact. The ball’s coming out quicker than ever,” Ravens head coach John Harbaugh said. “The offense has always been built that way. They’ve always had the ability to do that. I think the receivers are doing a great job of getting open quickly. The coaches on offense are doing a great job of organizing the offense around the players that they have. He does a really good job of finding the open receiver, in terms of what coverage you’re playing and what route you’re running.”

Roethlisberger has put up some solid statistics with the style of offense. Through six games he has amassed 1,446 yards, 13 touchdowns to 4 interceptions, and a 68.2% completion percentage. But don’t think Roethlisberger doesn’t have some of his old tricks still up his sleeve.

You can change the offense, but you can’t take the ‘Big Ben’ out of Ben Roethlisberger.

“He gets the ball out a tad faster, but he’s still ‘Big Ben,’’’ Ravens’ cornerback Jimmy Smith said. “He still can take hits. He still can push defenders off of him. I think he still has the arm. I still think he has the power to stand in the pocket and brush guys off and make big plays down the field. It’s going to be very exciting going against him Sunday. He still can have four or five dudes try to tackle him, shake it off and throw the ball 60 yards downfield.”

Smith is right. While Roethlisberger is getting the ball out of hands faster than he ever has, he still makes plays like this one last Sunday in Nashville.

Nonetheless, the goal is to keep Roethlisberger healthy, and if that means getting the ball out of his hands as fast as possible, so be it. Two weeks ago Roethlisberger was asked if him getting ride of the football quickly is a plan, or just a by-product of the offensive system.

“No, not really trying to do anything.” Roethlisberger said. “Sometimes, it may have to deal with the play call. Sometimes, it might be an RPO, so you really don’t have time to hold onto the ball because obviously the line is blocking a run. You have to get the ball out quick. Sometimes we do what coach Randy [Fichtner] says is get the ball in the hands of our playmakers quick—throw short, run long.”

There is a down side to this style of offense. Pass rushers who anticipate the quick pass, and know they won’t be able to get to the quarterback in that time, will stop their pass rush and try to time the throw and knock it down or tip the pass. This happened a few times against the Tennessee Titans last week, and one of those tipped passes turn into an interception.

Roethlisberger spoke Wednesday about if the tipped passes were a product of the quick hitting offense.

“I think so.” Roethlisberger added. “It’s funny. I just got out of Coach Randy [Fichtner]’s office. We were talking about some things, and that came up. Obviously, when you do the RPO game, the run-pass option, the ball is going to have to come out quick because it’s a run kind of play. You have to get the ball out quick. Sometimes, the blocking is not there.

“Sometimes when you’re throwing a lot of the underneath stuff and quick routes, the ball has to come out of your hands quick, and it’s going to, obviously, be a lower pass. Coach Tomlin says all the time, “If you’re not going to get home, get your hands up.” I think that’s what we are seeing a lot from defenders when they think they’re not going to get home or they think the ball is going to come out quick, they’re just getting their hands up. That’s creating some tipped balls, but we’re not too alarmed with it yet.”

The entire NFL, not just the Ravens, are realizing how the Steelers like to run their offense in 2020. It is new for the Steelers, and their pre-snap motion is another wrinkle in the offense which can help create confusion and mismatches throughout the game. Can the Steelers do enough to befuddle the Ravens at M&T Bank Stadium this Sunday? Only time will tell, but in the meantime, it doesn’t seem the quick passing attack is going away anytime soon.

Stay tuned to BTSC for the latest news and notes surrounding the black and gold heading into this huge AFC North matchup this Sunday.