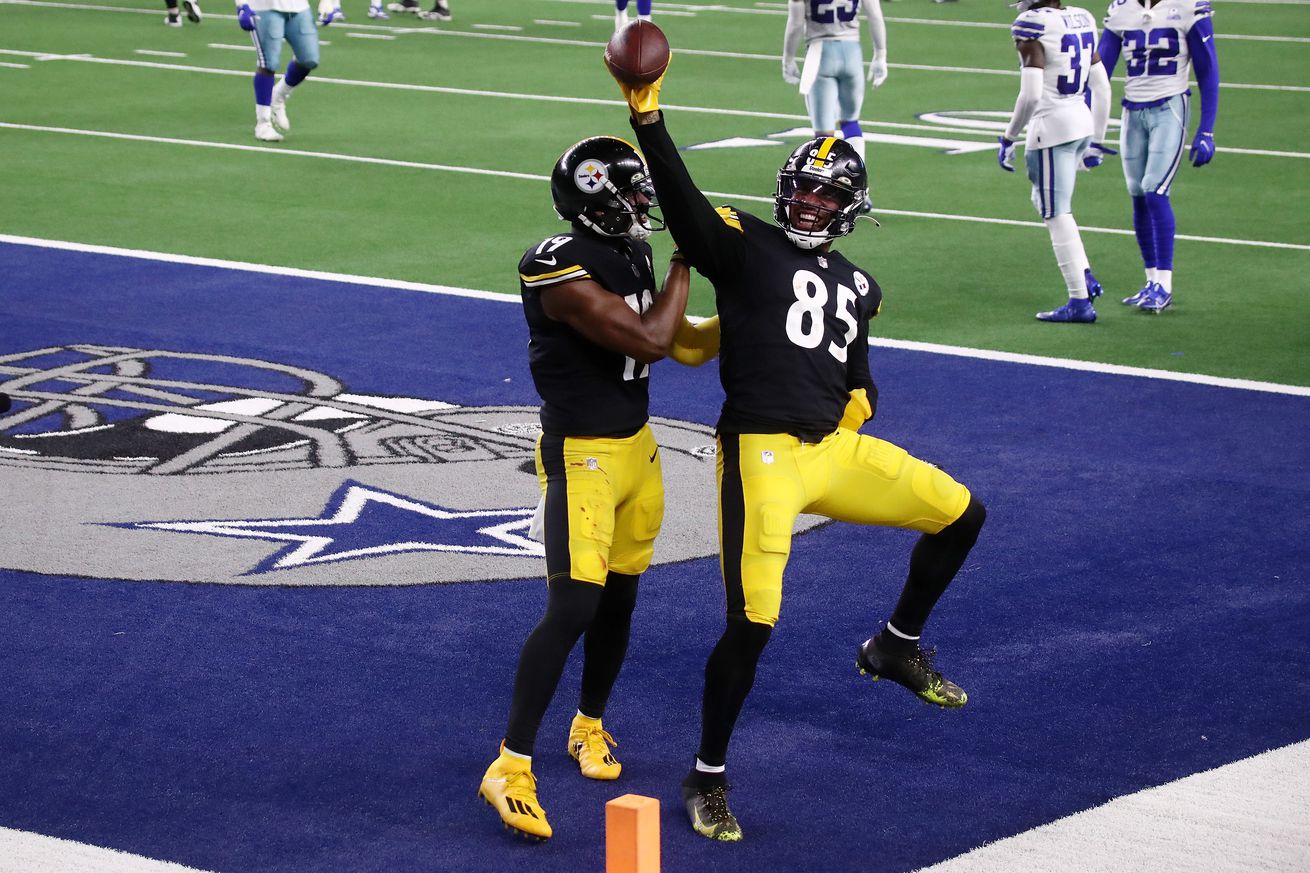 Breaking down the success and failures of Pittsburgh’s Week 9 performance.

The Pittsburgh Steelers came back to knock off the Dallas Cowboys 24-19 to improve to 8-0 on the season. For much of the game it felt like the Cowboys were in the driver’s seat. But behind the arm of Ben Roethlisberger the Steelers stormed back and are going back home with a victory.

Let’s evaluate the team and highlight some individual performances. You may think my grades are spot on, you might also think I’m an idiot. Regardless, express your thoughts in the comments below.

This was not a good day for the Steelers offense. The offensive line gave up a ton of pressure, the running game was never established, and they couldn’t get anything going for most of the day.

it was a good day for Ben Roethlisberger and his receivers however. While it took a while to get things rolling, once they started to click nothing seemed to stop the unit.

JuJu Smith-Schuster had an outstanding game catching seemingly everything thrown his way and he also got into the end zone. He looked like a true number one target today and Smith-Schuster has strung together a couple really solid games.

Eric Ebron made an incredibly athletic play on the game winning score. Hurdling a defender into the end zone. Outside of that it wasn’t a noteworthy day fit the tight ends.

Despite some long lasting drives the defense had a pretty good day. They got to Garrett Gilbert a handful of times and forced a number of turnovers. They were gashed by the run for most of the game but were able to shut it down in the fourth.

No one had a bigger day than Minkah Fitzpatrick who ended the day with a pick, fumble recovery, and for a second consecutive week the game ending batted ball.

it was just an ok day from the linebacker but the defensive line was able to apply pressure and make some plays in the backfield. All in all it was a fine day by the defense.

This was the worst day for the special teams in quite some time. They were gashed by fake returners, they had field goals blocked, and were all around dominated by the Cowboys special teams.

The saving grace was a franchise record 59 yard field goal from Chris Boswell. Plus a good day from Jordan Berry when he was called upon.

The Steelers need to get this together and fast.

It felt like the Steelers were out-coached for much of the day. When the offense started to roll it looked as though as Ben Roethlisberger was drawing plays up in the sand again.

Garrett Gilbert was able to take advantage of some soft zones and the Cowboys took advantage of a soft defense to have some gashing running plays. Eventually it was buttoned up but it was nearly too late.

The Steelers staff is better than this, and they won’t be as fortunate again if they’re this under prepared.

The Pittsburgh Steelers were lucky to pull this one out. But winning no matter the circumstance is something only great teams do. Though it wasn’t to the degree many expected, the Steelers were still able to pick up the most important stat, a win. Games like this one however, won’t amount to many wins against a better opponent. But a win is a win and the Steelers remain the only unbeaten team in the NFL,

The Steelers will now turn their attention back to the AFC North and its first matchup with the Cincinnati Bengals. The contest sees the Steelers return to Pittsburgh and the Bengals coming off of its bye week. Will they be able to keep their perfect season alive and stop super rookie Joe Burrow? Keep your eyes locked on BTSC for the latest updates, breakdowns, and previews for the Steelers Week 10 match up with the Bengals