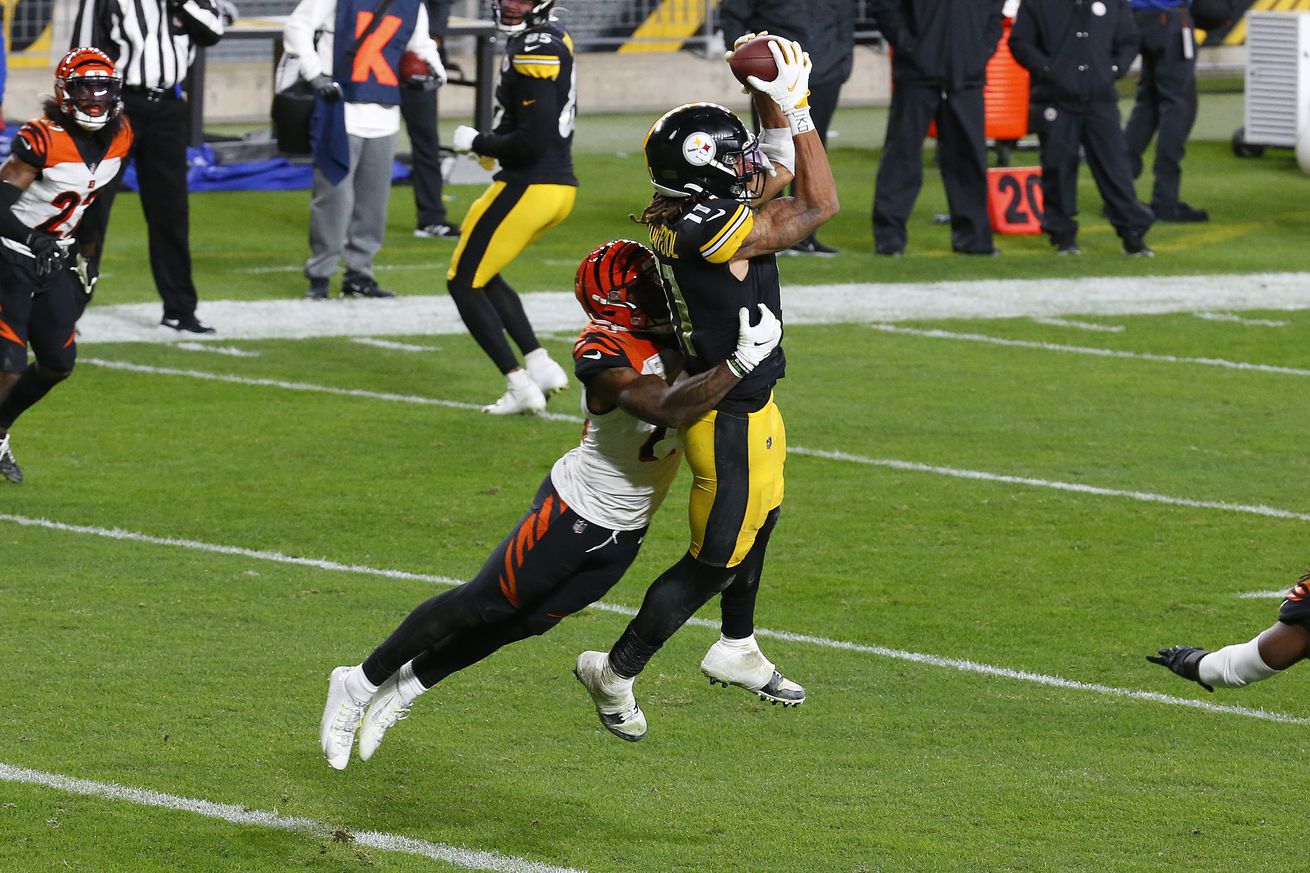 Breaking down the success and failures of Pittsburgh’s Week 10 performance.

The Pittsburgh Steelers took care of business Sunday and handed the Cincinnati Bengals a butt whooping 36-10, and improved to 9-0. The fact of the matter is the Steelers were dominant in all three phases of this game, and this score could have ended up so much worse.

Let’s evaluate the team and highlight some individual performances. You may think my grades are spot on, you might also think I’m an idiot. Regardless, express your thoughts in the comments below.

I really wanted to give the Steelers offence an A grade but the fact that they continue to struggle to run the ball is just too apparent to ignore. The offensive line was blown back nearly every running snap, and it didn’t matter if it was a zone run or power scheme. Nothing worked. James Conner didn’t help much either, sometimes choosing to bounce the ball outside when there was absolutely nothing there.

That being said, Ben Roethlisberger was dynamic and played one of his best games in some time. Ben had zip on the ball and was hitting all his receivers all over the field. He was a shade off on a couple deep shots but as the season goes on he will connect on those. The offense runs on Ben Roethlisberger’s arm and after another extremely efficient day, maybe we should start asking if he should be in the MVP discussion.

The Pittsburgh Steelers defense were dominant Sunday. They forced the Bengals into a couple turnovers, forced a ton of three-and-outs, and didn’t allow the Bengals to pick up a single first down on third down plays.

The Steelers pass rush didn’t get home to Joe Burrow as much as many of us thought they would. However, T.J. moved within a half sack from the NFL lead with his two sack day. Joe Haden was also all over the field knocking the ball from AJ Greens hands. Even Avery Williamson got on the field for his first Steelers snaps and got himself on the stat sheet. This was a good day for the Steelers defense.

The Steelers special team bounced back from a shaky Week 9 game which almost saw the unit blow the game for the Steelers. The Steelers didn’t allow any big returns, or shank any punts, so a minimum it was a better game.

Jordan Berry boomed a 59 yard punt, and Ray Ray McCloud once again nearly took a punt back for a touchdown. Plus, Chris Boswell was perfect on the day.

The only negative was a big gain on a Bengals fake punt, but it came with almost no time left in the game and a huge lead. Hard to expect any team to be prepared for a fake in the scenario, so it won’t effect the grade.

The Steelers outclassed the Bengals all game long. Sure there is a talent discrepancy but the Bengals couldn’t move the ball at all and the Steelers passing attack was lights out. The only thing keeping this from grade from being an A+ was the Steelers inability to muster any sort of a running game.

Offense, Defense, Special teams the Steelers were better in all facets of the game and they had to game plan remotely because of the Covid-19 outbreak. They put this performance together without having their starting quarterback all week in practice. Impressive.

The Pittsburgh Steelers won the day. No ifs and or buts about it. This wasn’t an easy week by any sense of the imagination but it was never in doubt. The Steelers will never lose a game if they rolled out a performance like that every week. The craziest thing is, the Steelers were still far from perfect and haven’t come close to their peak yet.

The Steelers will now head back out on the road to visit the scrappy 1-8 Jaguars. The Steelers looked to have broken the Jaguars curse back in 2018, but as 10 point road favorites there is room to be worried abut a trap game. Keep your eyes locked on BTSC for the latest updates, breakdowns, and previews for the Steelers Week 10 match up with the Bengals