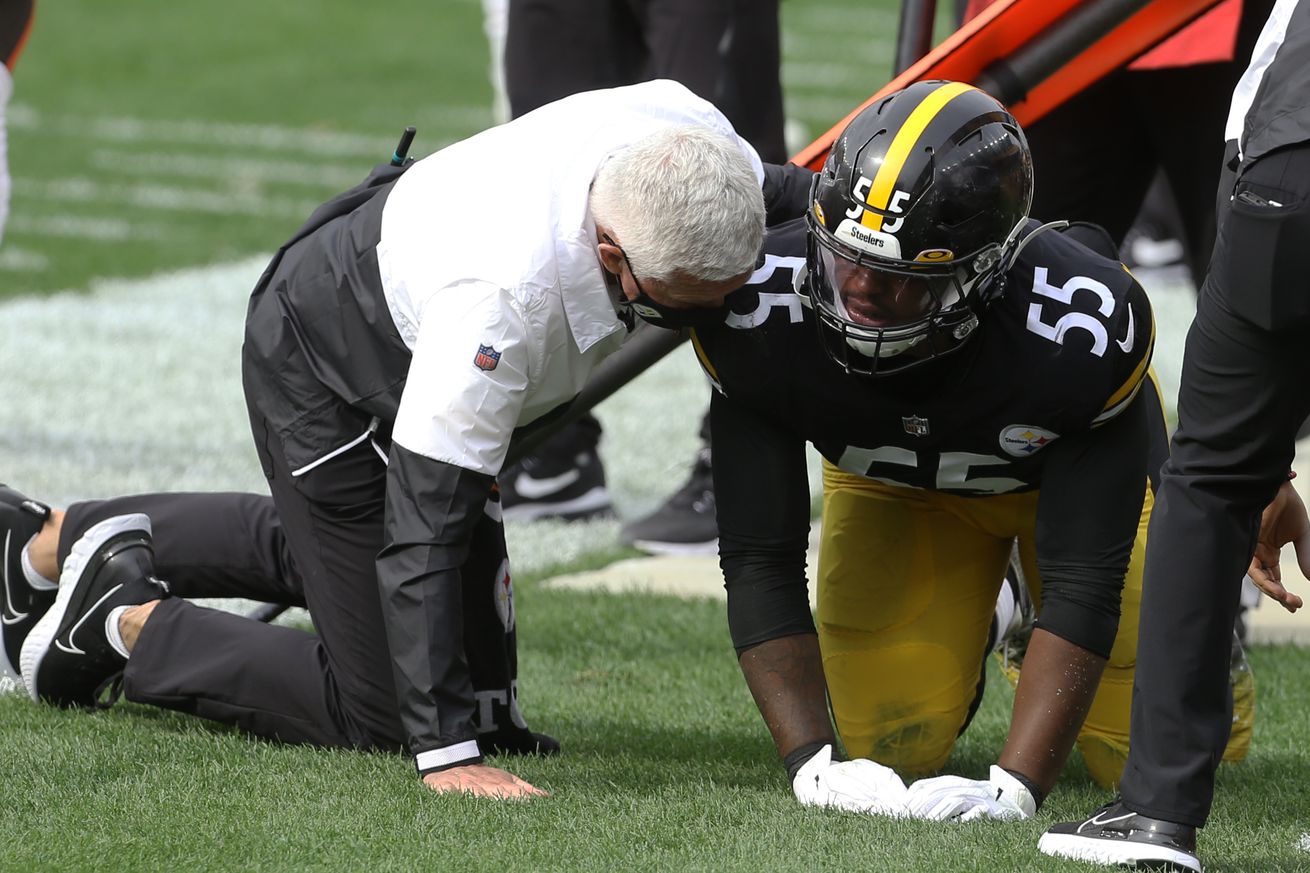 The second-year player will be sidelined for the remainder of the 2020 season.

Steelers sophomore linebacker Devin Bush, has reportedly tore his ACL according to ESPN’s Adam Schefter. Bush will have an MRI to confirm the report, but the organization fears the worst. Bush injured his knee late in the first half and was helped off the field before being lead to the locker room.

When Bush exited the game, he was leading the defense with five tackles and teamed up for half a sack on Baker Mayfield. The Steelers first-round pick of the 2019 draft had tallied 26 tackles on the season before his injury. Bush was seemingly coming into his own as the leader of the Steelers defensive front, taking over the green dot helmet, and was overall looking comfortable in Keith Butlers defense.

If Bush’s ACL is in fact torn, he will not be available for the rest of the 2020 season. Robert Spillane filled in at inside linebacker and looked good in limited action. Losing Bush for the year weakens one of the top ranked defenses, and the Steelers will have to find a way to share the snaps lost by Devin Bush.

During Mike Tomlins press conference, the Steelers head coach said the team will have to find the formula in replacing Bush and you could expect an uptick of snaps for both Spillane, and safety Marcus Allen who spent time at nickel linebacker in training camp.

Many members of the Steelers organization have taken to twitter to wish the Michigan alum the best. Including Steelers tight end, Eric Ebron.

praying for my brother Devin Bush he is the ultimate competitor and doesn’t get enough credit for how well he plays! #DBUSHMYBRUDDA

Stay tuned to Behind The Steel Curtain for continued coverage of the Steelers 38-7 win over the Cleveland Browns and as they prepare to take on the Tennessee Titans.