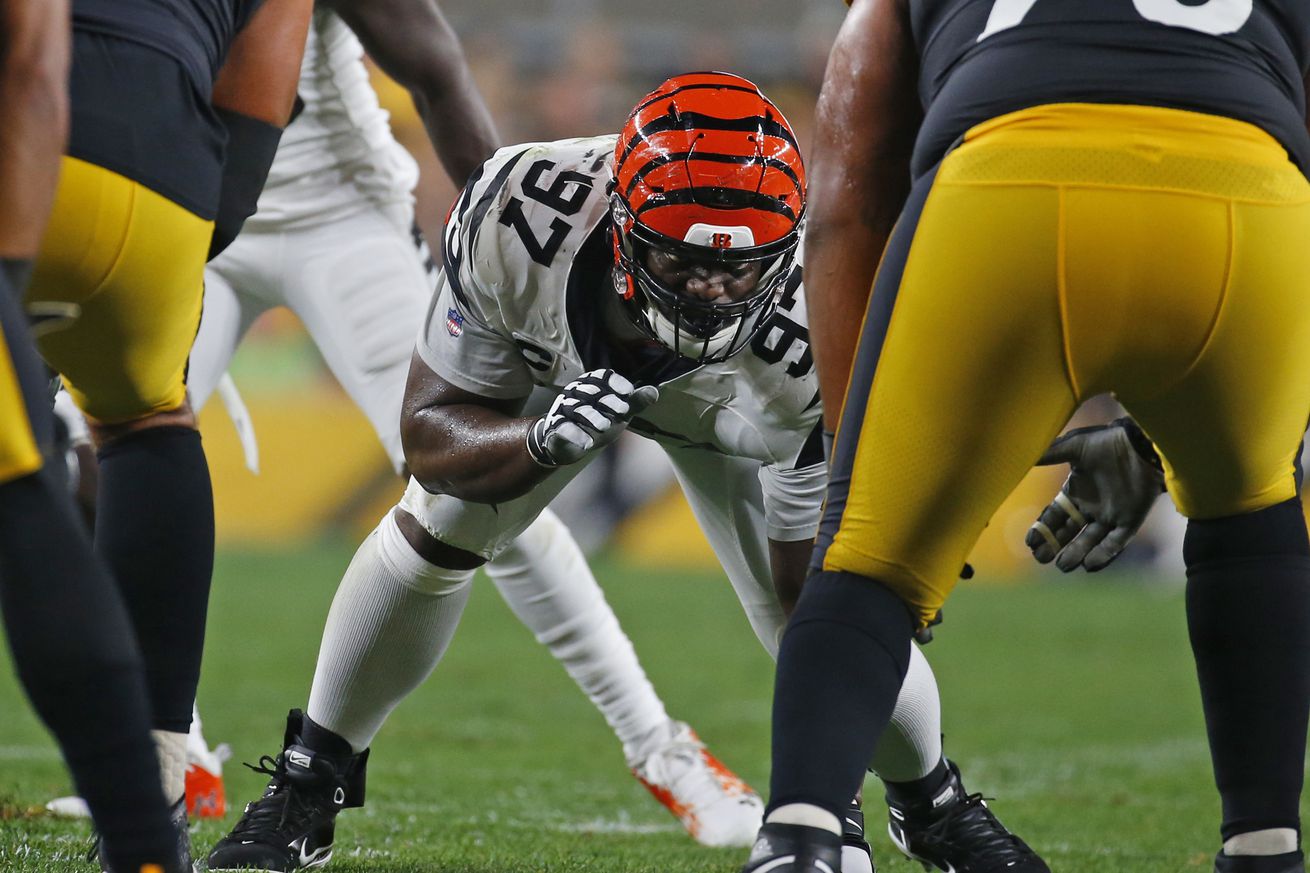 The veteran defensive lineman has missed practice all week but not due to injury.

The Pittsburgh Steelers are preparing to face the Cincinnati Bengals this Sunday at 4:25 PM at Heinz Field. While the Steelers are dealing with several players who have not been able to participate in practice this week due to being on the Reserve/COVID-19 List, they’re hopeful to get these players back on Saturday.

As for the Cincinnati Bengals, it appears they will be without one of their members of the defensive line. As reported by Alise Jesse of Sports Illustrated the Bengals will not have 11-year veteran Geno Atkins for their match up with the Steelers on Sunday.

“Geno Atkins will not play for the Bengals in Sunday’s matchup against the Steelers, league sources tell AllBengals.

The two-time All-Pro has been away from the team all week due to a family situation. There is hope that he will return next week in time for Cincinnati’s road matchup with Washington.

Atkins only appeared in four games for the Bengals this season as he missed the first four weeks of the season due to a shoulder injury sustained late in training camp. Since his return, Atkins has been slowly reinstated to the Bengals defense as he had yet to eclipse the 20 snap total in a game this season. Additionally, Adkins has yet to record even a tackle on the season.

Although he hasn’t been a key player in 2020, Atkins is coming off of six straight Pro Bowl seasons. In all, Adkins has been named to the Pro Bowl eight times in his career as well as two times being selected All-Pro in 2012 and 2015. For his career, Atkins has 75.5 sacks 100 tackles for loss, and 172 quarterback hits.

Atkins has faced the Steelers 20 times in his NFL career where he is totaled eight sacks, nine tackles for loss, and 13 quarterback hits. The last time Atkins registered any of these statistics against the Steelers was in 2016.

Exactly how much the Bengals planned on using Atkins against the Steelers is anyone’s guess. Additionally, who will fill the void for Atkins absence remains to be seen. In all, the Bengals have used eight different defensive tackles throughout 2020 including Atkins.

Stay tuned to BTSC for continued coverage as the Steelers finalize their preparation for taking on the Cincinnati Bengals on Sunday.