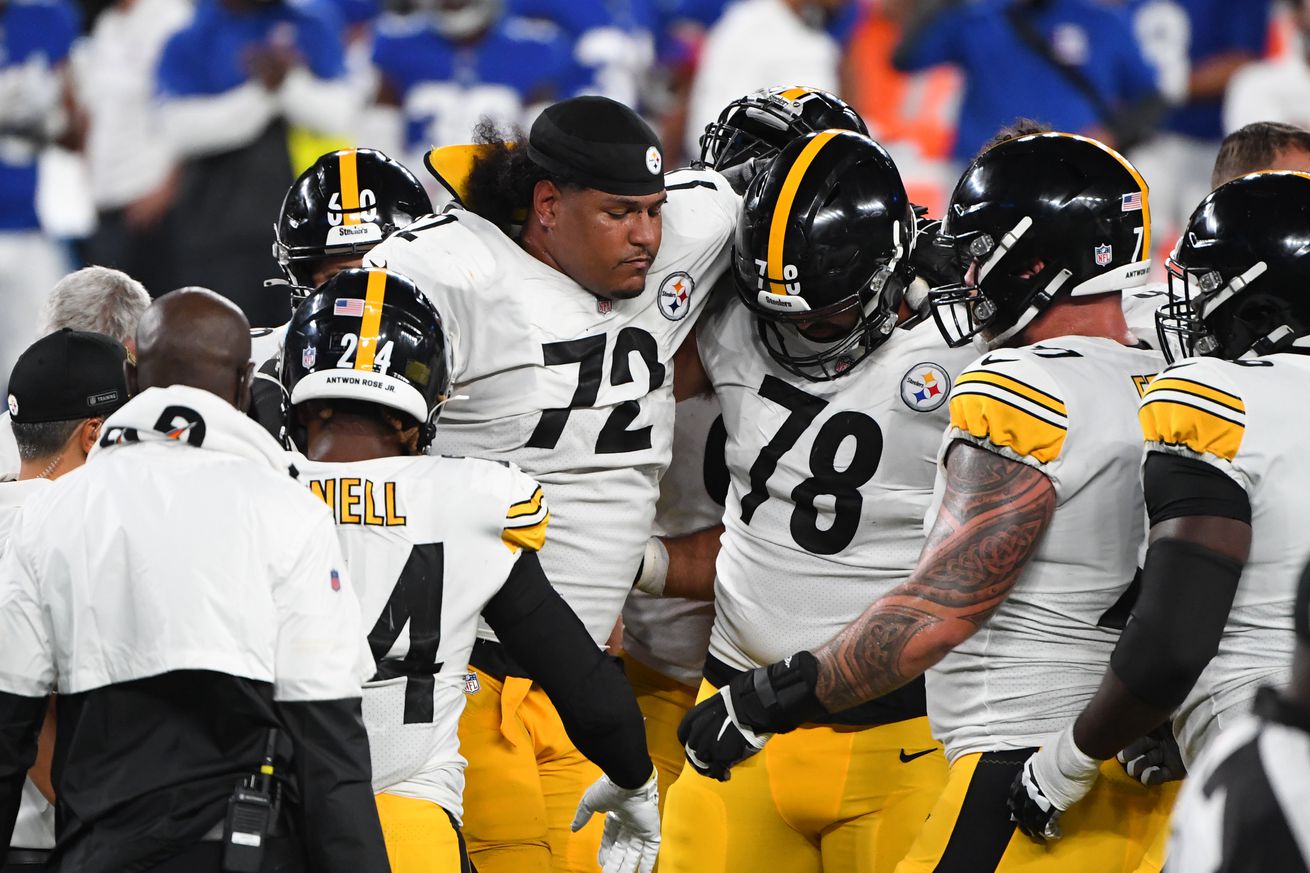 A tough break as it looks like Zach Banner’s season will be ending prematurely after Week 1.

Think about the elation Zach Banner must have felt heading into the 2020 season. He signed a one-year deal with the Pittsburgh Steelers to prove his worth, and an eventual pay day in the future. He wins the battle for the starting right tackle job over Chukwuma Okorafor, and his debut is on prime time on Monday Night Football.

And it didn’t even last one complete game.

In the second half Banner’s knee gave out while pass blocking, and if the video didn’t look bad enough, the reaction to his teammates on the sideline made everyone know the news of Banner’s diagnosis wasn’t going to be good.

Tom Pelissero of the NFL Network is now reporting what most assumed, that Banner’s season is over after tearing his ACL in his knee.

Banner’s face told the story. He’ll have an MRI to confirm the season-ending injury.

The loss of Banner doesn’t necessarily mean Okorafor will now be the team’s right tackle moving forward. The Steelers have options due to the versatility of Matt Feiler. Although Feiler hasn’t played tackle this season, he is capable of moving to the tackle spot if the team feels Okorafor isn’t capable of locking down the position.

If Feiler does move to tackle, it would leave his left guard position open, and with Stefen Wisniewski leaving the game Monday night with a pectoral injury the depth along the line will certainly be tested.

As for Banner, he explained in an exclusive interview with BTSC this summer how he was betting on himself this season by choosing to only sign a one-year deal this past offseason.

“We’re betting on ourselves to have a really, really good year,” Banner said in reference to him and his agent. “A lot of guys get scared. They think about things that you can’t control like injury and stuff like that. It’s not dissing that. I’m not disrespecting that. I’m not saying that’s the bad route to go. But sometimes if you do that, then you set yourself up for failure later and you have regret. So there will be zero regrets.”

It looked as if Banner’s gamble was paying off as he earned the starting right tackle job for Week 1. Unfortunately, it looks to be the only start of 2020 for Banner as he will have another offseason of hard work ahead of him, this time dealing with rehabilitation.

There are a lot of moving parts to this story, and the fan base will learn more when Mike Tomlin meets with the media at noon Tuesday to talk about injuries, recap the win over the Giants and look ahead to the Denver Broncos in Week 2 when they travel to Heinz Field.

Be sure to stay tuned to BTSC for the latest news and notes surrounding the black-and-gold as they look to move their record to 2-0 this Sunday vs. Denver.