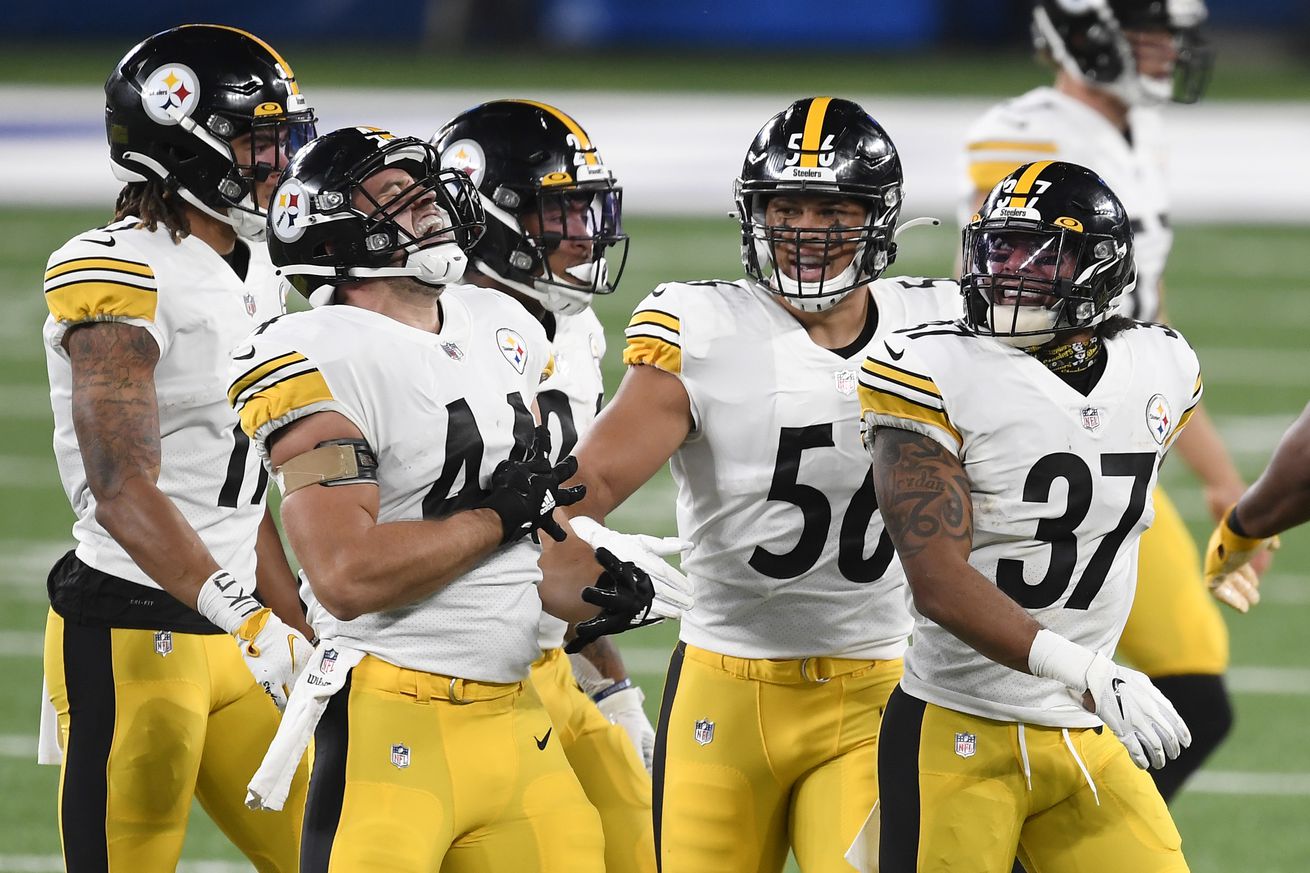 Looking at the snap counts from the Steelers’ Week 1 win over the Giants.

The Steelers week one snap counts were mostly what you would expect, but there were a few surprises. Rookies and new players got to play, some due to injury, while other players never left the field. Let’s take a look.

The tight ends saw a combined 78 snaps. Eric Ebron leading the way with 40, with Vance McDonald logging 38 as the only two active tight ends. Derek Watt also accounted for 8 snaps, most of them at the end of the game when Benny Snell was running the clock out. Watt showed his versatility lining up in the backfield and as a wingback (right outside a tight end, just off the line of scrimmage) where he blocked like an in-line tight end, but also pulled into the middle to block on inside runs. If he can keep that up, he could be in line for more snaps when the Steelers want to run the ball, it makes it hard to counter his blocking when you don’t know where he is likely to be making them.

James Conner saw 15 snaps early, before leaving with an injury. Benny Snell started after that, giving way to Jaylen Samuels on obvious passing downs. If James Conner misses games, it will be interesting to watch how many snaps Anthony McFarland will get as a change of pace runner.

Before Zach Banner went down, Chukwuma Okorafor played 4 snaps as a 6th lineman, then took over for Banner on the last 5 snaps after his injury. The Steelers will need to bring up a tackle to provide depth behind Okorafor going forward. With DeCastro out and Stefan Wisniewski hurt for the last 6 plays, rookie Kevin Dotson played 6 snaps, and the Steelers even ran Benny Snell his way on their game ending drive.

On special teams Chase Claypool was used as a gunner on punt returns (he didn’t do poorly but not great either), and Derek Watt lived up to his special teams ace billing. Jaylen Samuels and Benny Snell split special teams snaps, Diontae Johnson and Ray-Ray McCloud were the returners..

There was a lot of discussion of the Steelers inside linebacker depth, and a good amount of focus on both Marcus Allen and Ulysees Gilbert III. Gilbert was inactive and Allen played 7 snaps, all on special teams while Spillane came in for Vince Williams and looked solid in coverage. With Devin Bush looking like a player Tomlin won’t be taking off the field, Robert Spillane might have a good chance at being the #3 inside linebacker, especially if he can continue to play sound zone defense.

The Steelers averaged 2.39 defensive lineman per snap. (compare to HIlton’s .61 per snap and you can line up the distribution of 3-4 vs. nickle/dime pretty accurately) That’s a bit higher than they averaged last year as they countered the Giants’ focus on establishing the run with Saquon Barkley. Tyson Alualu was the third lineman, playing nose in 3 DL sets, followed by Isaiah Buggs and then Chris Wormley, whose 9 snaps reflects his time missed during training camp. He will likely be worked in slowly. It appears the Steelers were working in Wormley and Buggs primarily in 3 DL sets, a move that works with their skill sets and also prioritizes Tuitt and Heyward’s snaps in the 2 DL fronts where they are more valuable.

Alex Highsmith and Olasunkanmi Adeniyi both saw snaps on defense, giving Bud Dupree and T.J. Watt 11 and 10 snaps off respectively. They both played well, which will be good for the Steelers as they manage their phenomenal edge rushing duos’ workload.

As for defenders on special teams, Alex Highsmith, Olasunkanmi Adeniyi, Robert Spillane and special teams captain Jordan Dangerfield all played 18 snaps (69% of ST snaps), behind only Derek Watt’s 19 snaps. Justin Layne took the gunner spot opposite Claypool, and was the better of the two. Cameron Sutton, Mike Hilton, Sean Davis all saw the snaps they usually take, with Marcus Allen and UDFA rookie James Pierre joining the units with 7 each. Of all the rookies, would anyone have guessed that James Pierre would see the field before Anthony McFarland?

Interestingly, Ulysees Gilbert III, a special teams stud in his rookie season before his injury, was inactive for week 1, and the Steelers played the game with 47 players active, one less than they were allowed to have. This off season had far less information coming out from the team’s training camp, but it appears that while Gilbert looked great to the media that was present, he has fallen out of favor with the coaching staff, at least for Week 1.