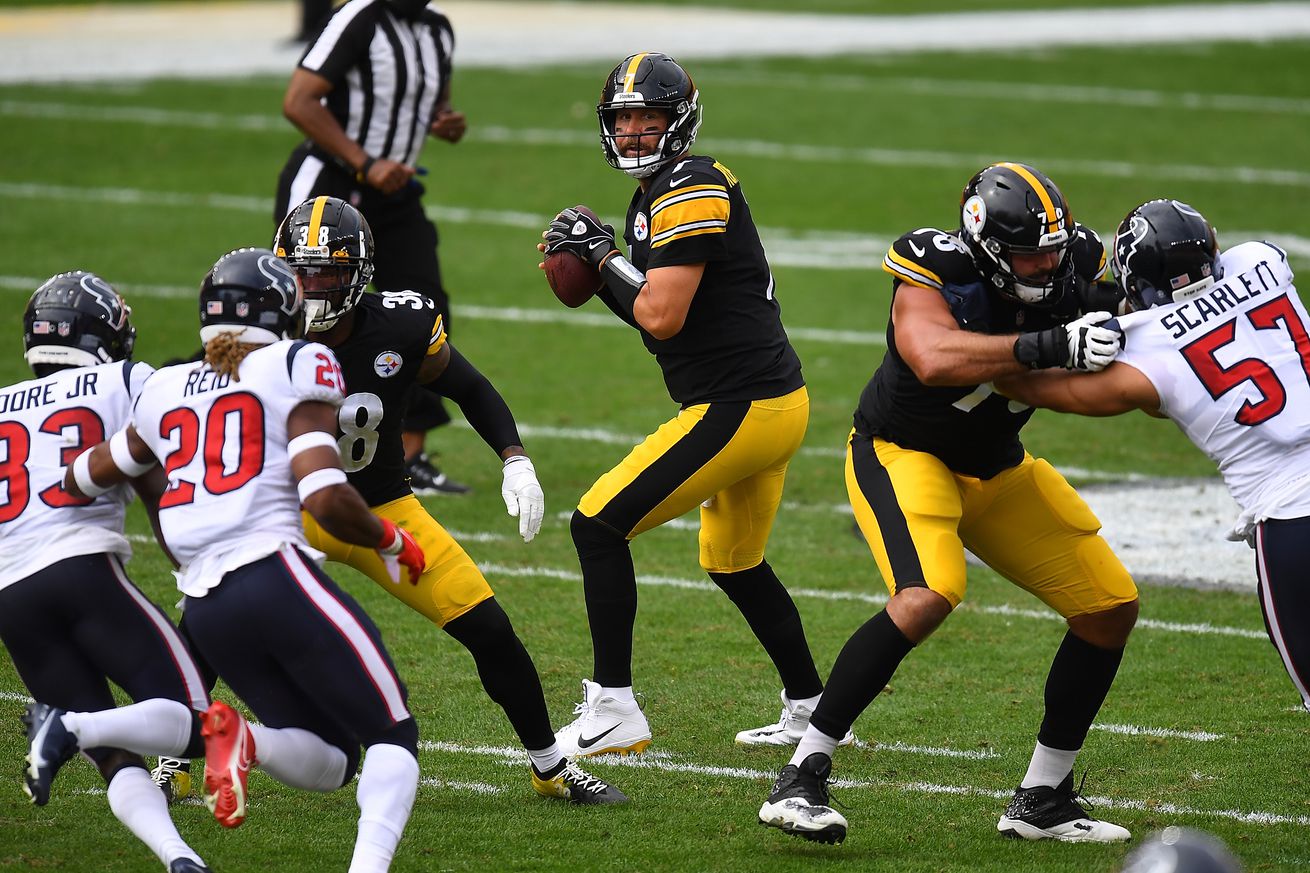 From random stat leaders, to numbers that just don’t look right. The first quarter of 2020 has been far from predictable

The Steelers 4-0 start to the season has come with plenty of ups and downs. But with the win rate this team currently has, you can easily say the positives far out weigh the negatives.

Heading into this season, some of the things we knew about this team were we had a great defense, the offense sways on the health of Ben Roethlisberger, and someone needs to step up as an offensive contributor. Through the first quarter of games we can further pin point those statements, and the stats back it up. Let’s take a look at who’s paving the way for this team, and what factors helped this team achieve a hot start.

The strength of the defense is talent across the board

Before this season even started, many fans across the NFL would point at T.J. Watt as someone who would dominate the Steelers stat lines. While, T.J. has put up some eye catching numbers, the talent surrounding him has limited his ability to do anything earth shattering.

Take sacks for example. The Steelers defense is currently tied for first place with 20 sacks, while only playing four games. At the top of the chain is T.J. Watt who sits with 4.5. After T.J., Stephon Tuitt has quietly accumulated 3.5 sacks of his own, followed by both Cameron Heyward and Mike Hilton with 3.

Speaking of Mike Hilton, he’s the man currently running away with the team lead in tackles with 29. Devin Bush and Terrell Edmunds come in second with 21 a piece. But for a nickel corner to lead a team in tackles it means a couple of different things. One, he’s fearlessly stepping up into run defense or two, teams are throwing the ball at him often. In Hiltons case it is a bit of both. His ability to make the tackles when the ball comes his way will be one of the biggest factors in regards to the future of this team. Just looked what happened when Hilton bounced off of Miles Sanders who took the ball 74 yards for the score.

Roethlisberger has mastered the art of the run pass option, and has been money throwing the ball on third down. If he can continue the pace he’s at the Steelers will win a lot of games on 2020.

Spreading the ball around

One of the reasons Roethlisberger has found smooch success in 2020 is the talent and maturity levels of his supporting cast. Each week the Steelers seemingly have a different offensive skill player have a massive statistical out put. When you look at the rushing and receiving totals you may be flabbergasted to see the level of parity and how just two players are on pace for 1,000 yard seasons.

JuJu Smith-Schuster is neither of those guys. Not to mention Smith-Schuster is in a contract year. If this were to happen too wide receivers of old, the entire locker room would have been burnt down by now. Smith-Schuster on the other hand has taken this in stride and has done anything he can to make his teammates succeed.

The two guys on pace for 1,000 yards are James Conner, and Chase Claypool. I doubt any of Steelers nation would have guessed those two names would be sitting in this position just six weeks ago.

But what do you think? What has surprised you the most about this season? Let us know down in the comments below.