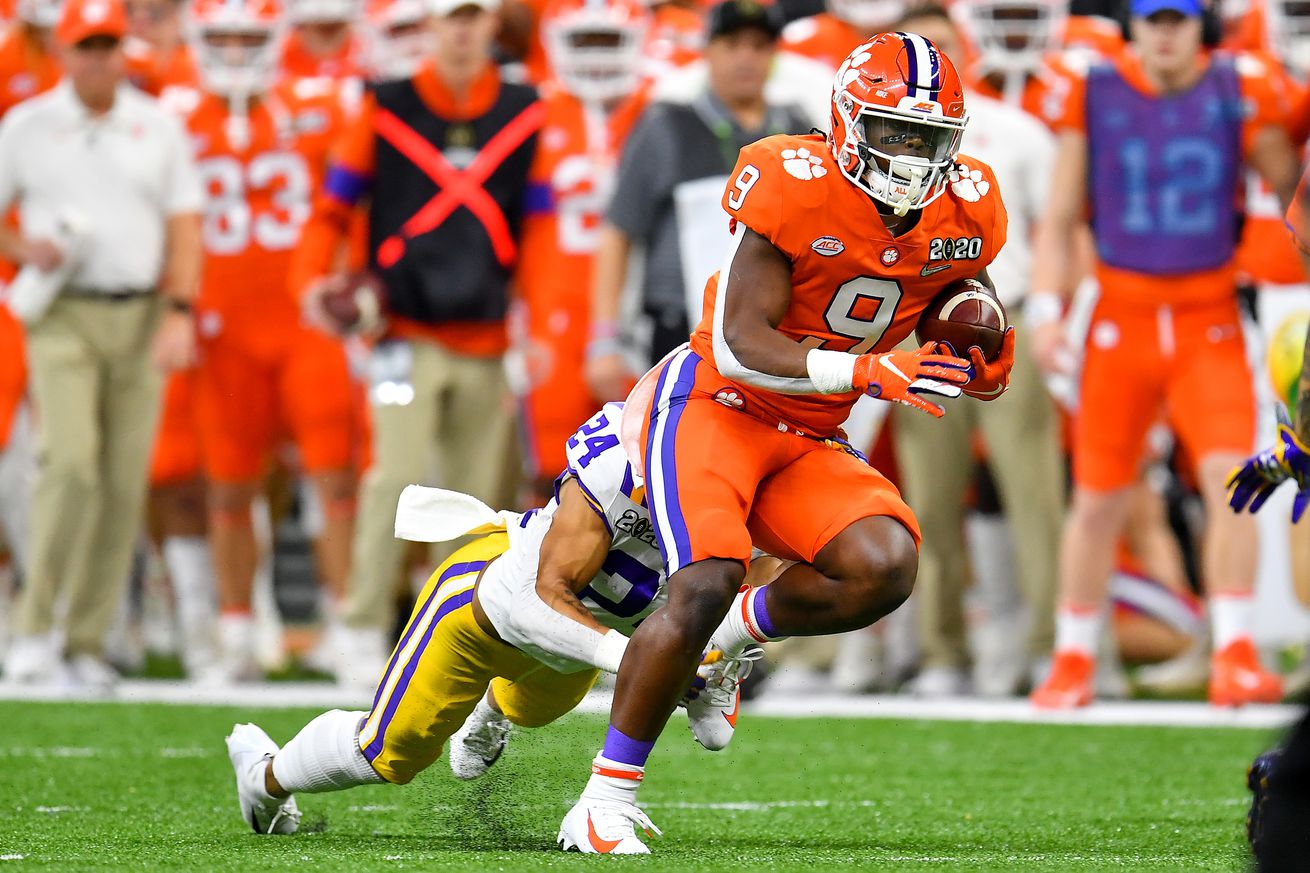 In other news, the Liberty Flames are ranked in the AP Top 25 for the first time in the programs history, They are set to travel to Blacksburg to take on the Hokies at noon on the ACC Network.

Purdue at No. 10 Wisconsin — Canceled

Huge game for the top spot in the ACC, but more importantly the chase for the College Football Playoffs. This will be the second game that the Tigers will be without the No. 1 overall draft pick, Trevor Lawrence. Without Lawrence the Tigers had all they could handle from Boston College last week, but still managed to get the win. I’m not sold on Notre Dame as the No. 4 team in the country. I’m not sure what it is about them, but I’m not impressed. I fully expect Clemson to be better prepared this week,

There really isn’t much that can be said about Etienne that hasn’t been said throughout his time in Death Valley. The guy can take the most ho-hum running plays and turn them into a dash for the end zone. I love his contact balance and he always looks to be moving forward chopping those feet. While it has improved, I think he has more to offer in terms of the passing game as a receiver and in his pass protection.

Looking at his career stats, Etienne has rushed for 4,644 yards for a 7.47 average in 621 attempts. He also has rushed for 65 touchdowns. As a pass catcher he has 83 catches for 1,001 yards with a 12.1 average with 8 touchdowns. That is a pile pf production and only a few fumbles to boot in an amazing career. Questions remain for 2021 and the future at running back for Steelers, I for one wouldn’t mind Travis Etienne in the Black and Gold.

Join in on the conversation and tell us what game(s) you are watching and what prospect(s) you wouldn’t mind seeing in the Black and Gold!