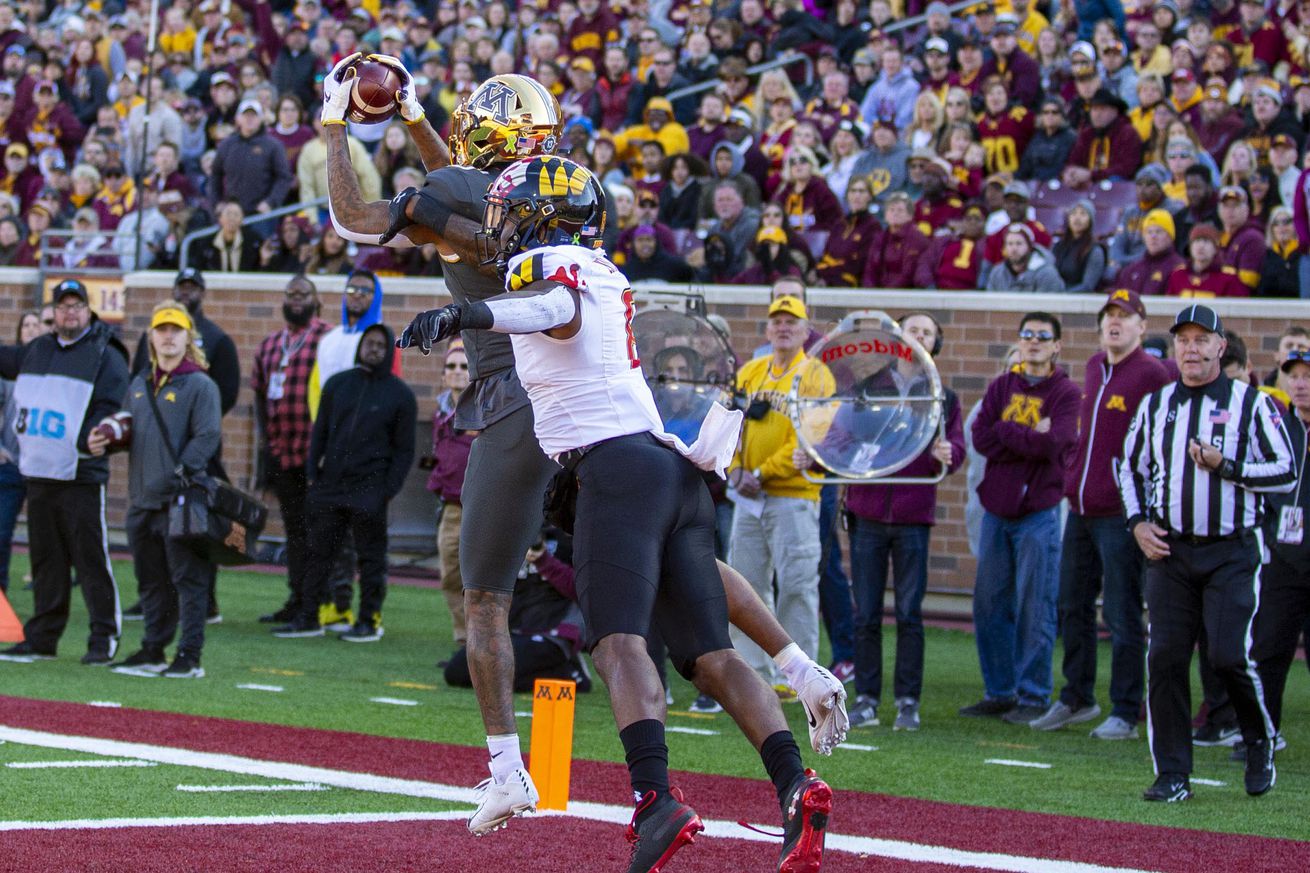 Let’s take a look at Week 8 of the 2020 college football season.

Hello Steeler Nation and good Saturday afternoon! Welcome to Week 8 of the college football season. The big news of the week is the return of the Big 10 to college football. It will be a welcome site because I like the physicality of the conference in general. The Big 10 has four of my favorite players in this draft class:

I first seen Rashod Bateman while looking at Tyler Johnson, who in his own right was a decent prospect. You couldn’t help but continually hear Bateman’s name being called for making the reception…the next reception and the next reception. I don’t remember the game and I don’t remember what Johnson did, but what I saw in about a minute and a half was all I needed to know about Bateman.

He is not the fastest, and he doesn’t possess elite height, but he will go get the football. One of the best contested catch prospects in the draft. Bateman averaged just over 20 yards a catch and had 12 TDs in 2019. He also has a decent quarterback throwing him the ball in Tanner Morgan. I see a little of JuJu Smith-Schuster and some of James Washington in his game. I’m still enjoying this season as many of you are, but there is a real possibility that Smith-Schuster will have a new zip code in 2021. I don’t like it, but there may be a need for another wide receiver and I wouldn’t mind Bateman filling that role if it plays out that way.

Join in on the conversation and tell us what game(s) you are watching and what prospect(s) you would like to see in the Black and Gold.