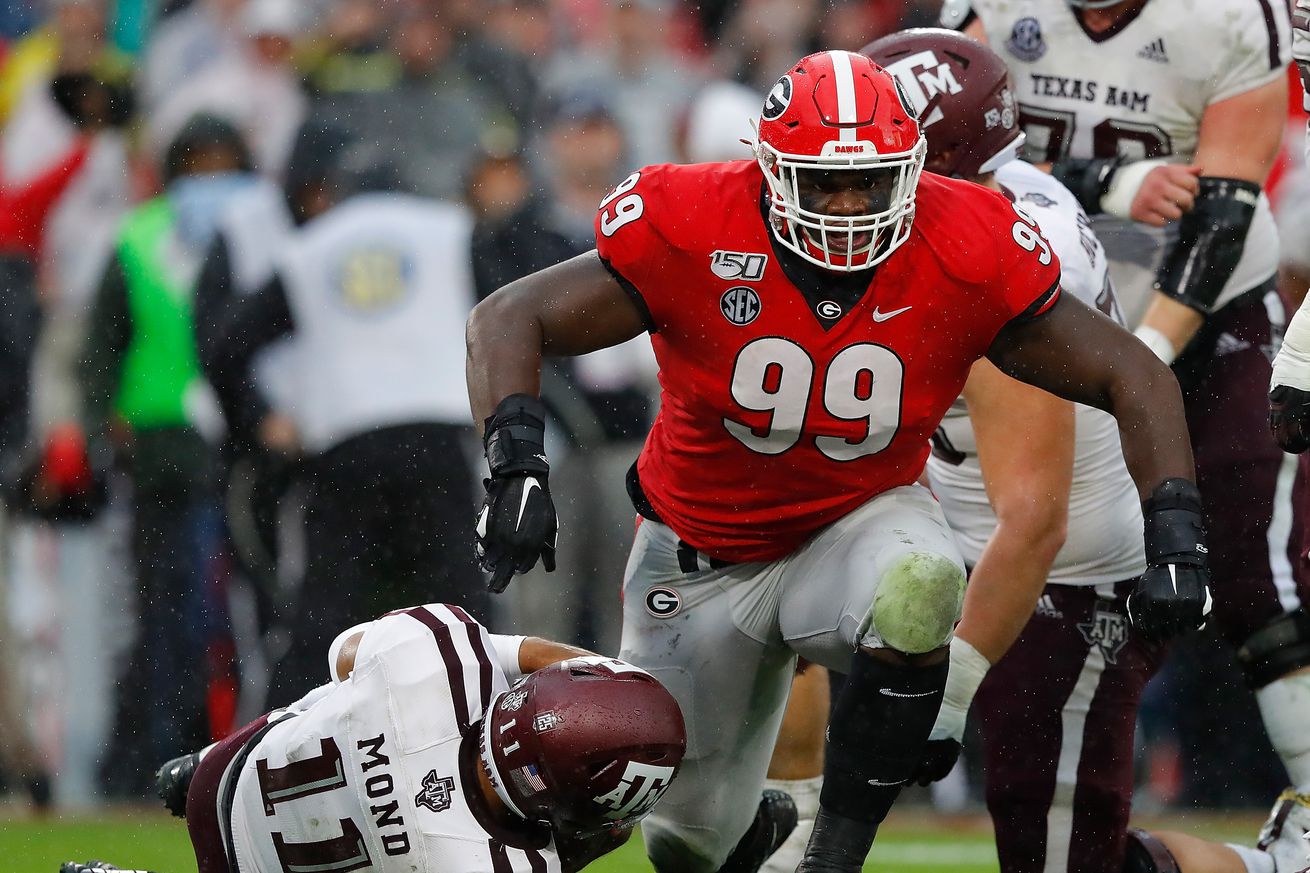 Hello Steeler Nation and good Saturday afternoon, welcome to Week 7 of the college football season. The biggest news of the week came out of Alabama, Coach Nick Saban as well as the AD both tested positive for COVID 19. The SEC also had two other games postponed this week, LSU at No. 10 Florida and Vanderbilt at Missouri. There were 4 other games that were also postponed. Most notable, No. 7 OK State at Baylor and No. 8 Cincinnati at Tulsa.

Both teams are coming into this matchup at 3-0 and this is where the rubber meets the road. Alabama is currently ranked as the top offensive unit in college football and Georgia has one of the best defenses in 2020. Something has to give.

Yes he is a big man and he can hold his own on the Bulldog front. Davis still needs work in getting after the quarterback and being that tall doesn’t help in the leverage department but all I can say is he can wreck running lanes up the middle. He can handle double teams and maintain his gap integrity, while also pushing into the backfield. I don’t think he is Casey Hampton but at the same time I don’t think he is Big Dan either. Interesting match up this week, it will be worth the watch.

Mack Brown has the Heels ranked in the Top 5 and I don’t think they have hit their stride, Sam Howell has been inconsistent at best. Still though, for me at least, it’s exciting seeing Carolina in the Top 25 and it’s not even basketball season. If I’m not mistaken Brown has never beaten Florida State. The Tar Heels have an ILB that should start drawing some attention if he hasn’t already. Chaz Surratt #21, former Quarterback is still learning the position but has acclimated very well.

Join in on the conversation and tell us what game(s) you are watching and what prospect(s) you would like to see in the Black and Gold.