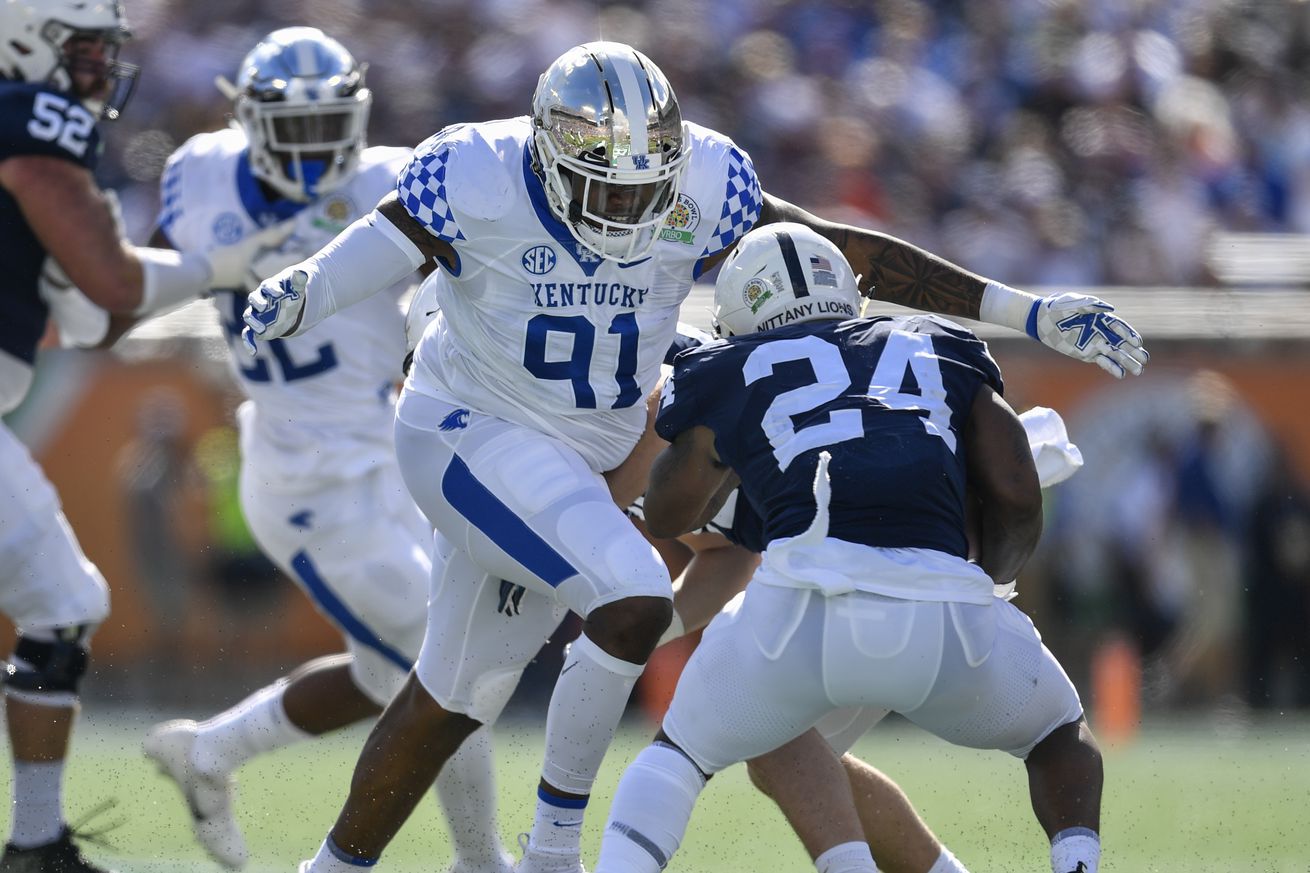 Taylor spent all of 2020 in Steelers training camp

The Pittsburgh Steelers have made a roster move with their practice squad ahead of their Week 3 matchup with the Houston Texans. The Steelers have signed defensive lineman Calvin Taylor Jr. and released cornerback Trajan Bandy.

The undrafted rookie free agent out of Kentucky spent all of training camp with the Steelers. At 6‘9“ and 310 pounds, Taylor is the type of massive defensive lineman the Steelers lost this week when Daniel McCullers was signed to the 53-man roster of the Chicago Bears. In his senior year at Kentucky, Taylor registered 36 tackles, 9.5 of which were for loss, as well as 8.5 sacks, four passes defensed, and three forced fumbles.

The player the Steelers released to make room for Taylor was another undrafted free agent from 2020 who had spent his entire training camp with the Steelers. Miami cornerback Trajan Bandy chose to forgo his senior year only to go undrafted in April. By releasing Bandy, the Steelers are not carrying any cornerbacks on their 16-man practice squad. By the Steelers keeping six corners active on the roster and giving them all helmets on game day, it does appear the position has enough bodies available should there be an issue.

Like most seasons, the Steelers practice squad will most likely be a group of players which changes week to week based on injuries or other team needs.

Stay tuned to Behind The Steel Curtain for all player-related news and beyond as the Steelers prepare for their big matchup against the Houston Texans on Sunday.