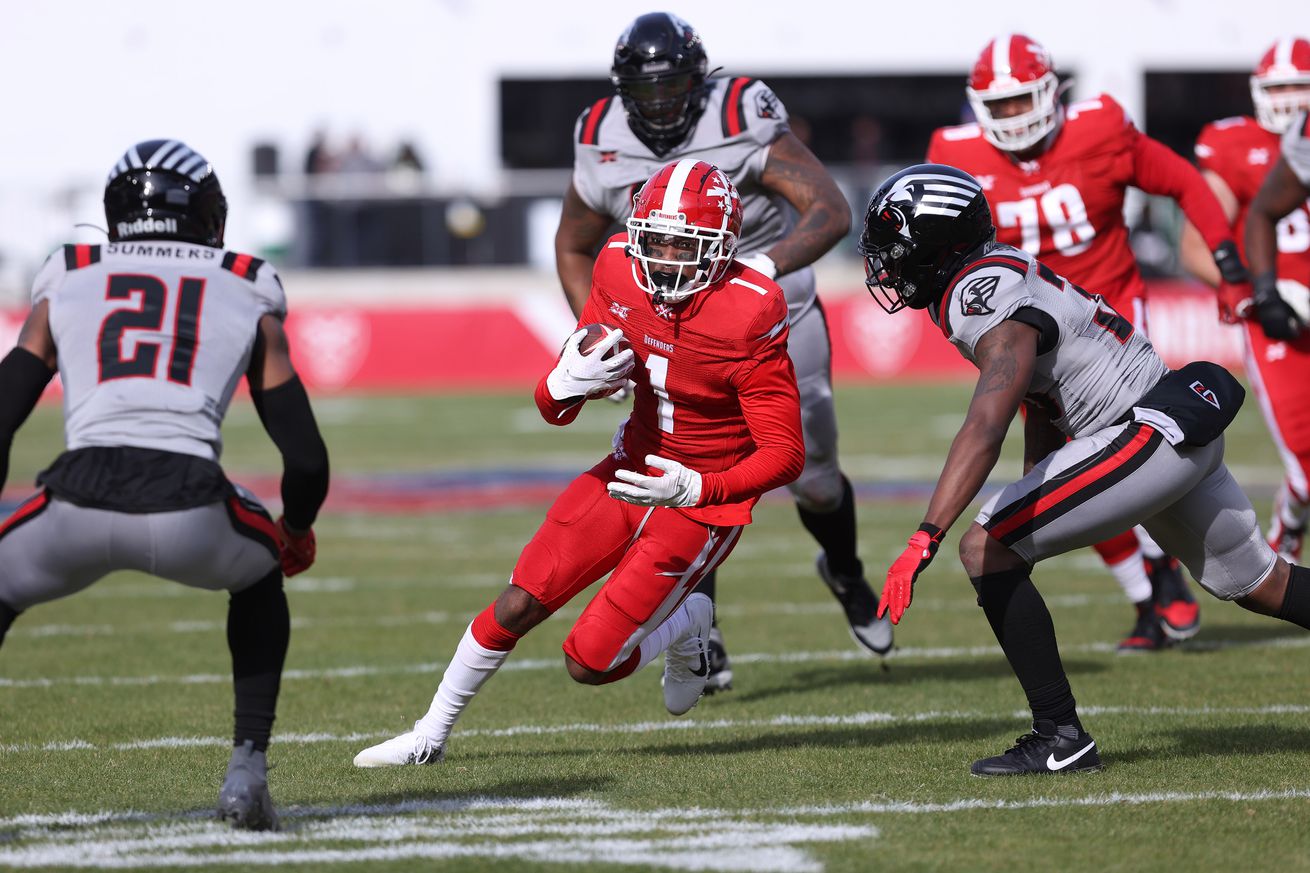 The Pittsburgh Steelers continue to make additions, and thereby subtractions, to their 80-man offseason roster by making another transaction. On Sunday the Steelers added wide receiver DeAndre Thompkins to their roster, and released Alexander Myres.

The Steelers brought Thompkins in for a workout recently, and he must have made enough of an impression on the coaching staff to land him a spot on the roster. It also should be noted Myres had been battling injury the past few weeks of training camp.

For a little background on the newest addition, Thompkins went undrafted out of Penn State in 2019 NFL Draft, and was initially signed by the Philadelphia Eagles. However, he was cut from the team prior to the start of the regular season. He then went on to play in the XFL for the DC Defenders. There he made his debut in Week 2, catching 6 passes for 67 yards and a touchdown before the league suspended operations in April.

The addition of a wide receiver shouldn’t shock anyone considering the injuries the team has absorbed at the position over the past few weeks. Ryan Switzer remains sidelined with a foot injury, Diontae Johnson has missed time with an undisclosed injury and JuJu Smith-Schuster has been given veteran days off recently. The Steelers also recently released wide receiver Anthony Johnson with a waived/injured designation who reverted to the team’s Injured Reserve after not being claimed off waivers.

This has led to the Steelers seeing more and more of players like rookie Chase Claypool, Ray-Ray McCloud and even the team re-signing Saeed Blacknall this week. Adding another body to the mix doesn’t mean the 53-man roster projections will change, but will give the Steelers another player to utilize until Training Camp comes to a close in just over a week.

Stay tuned to BTSC for the latest news and notes surrounding the Pittsburgh Steelers as they roll through training camp and prepare for the 2020 regular season.